RAM - KING OF THE HILL by John Crawford

I’ve been very keen to end this terrible year with a good news story, and here’s one that fills the bill on several fronts. First, it’s a Down Under business success, also represents continued job security for many former employees of Ford/Holden/Toyota, and a solid revenue earner for dealers too.

If you’re a regular consumer of DRIVING & LIFE you’ll know I am not a fan of trucks and SUVs, but this good news story is one which primarily focuses on one of the most successful executives in the Australian and New Zealand automotive landscape, who I’m proud to say is also a good friend.

So, as the sun finally sets on the Australian passenger car manufacturing era, a whole new enterprise rises, phoenix-like, to become an innovative Aussie response to keeping a small cadre of highly-trained car manufacturing employees in work, utilising skills learned during the previous manufacturing era. And, in addition answering incredibly strong demand for large, highly-specced  pickups from the USA. 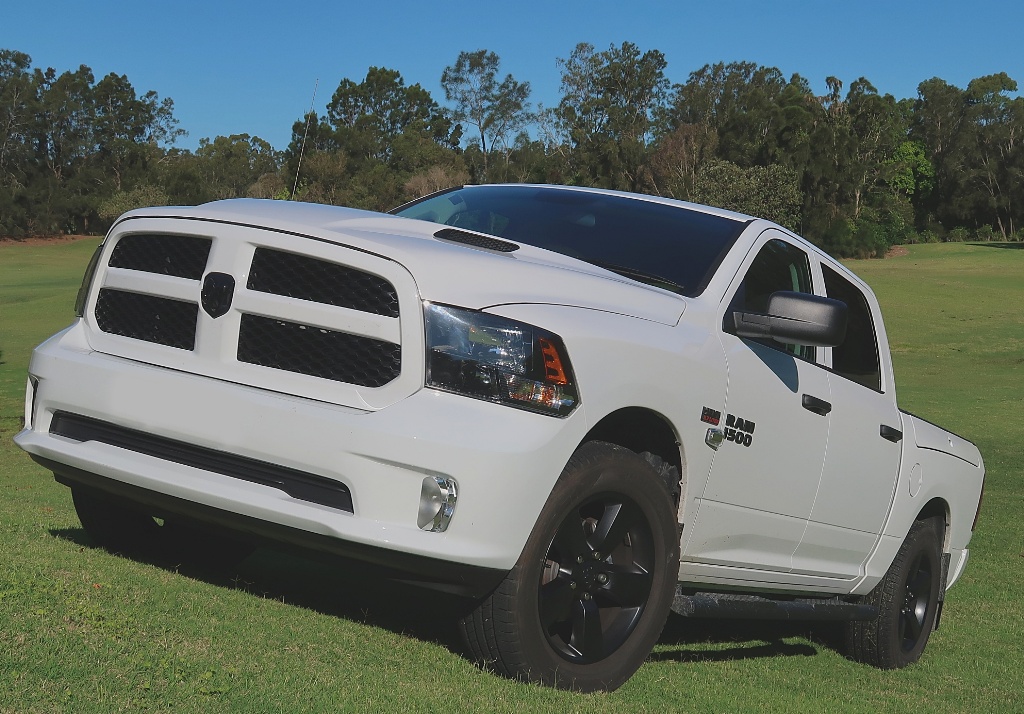 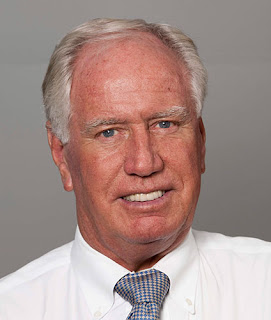 However, the RAM truck project is not a wholly-Australian operation, because it starts with a very experienced and widely-respected New Zealander, Neville Crichton, who heads the highly-successful Ateco Group, based in Sydney.

Neville Crichton is the inspiration behind the entire RAM project. However, along the way, Neville has also enjoyed a successful motor racing career in Australia and New Zealand, and his Ateco Automotive Group (formed in 1985) has also been responsible for representing a number of marques in Australia – including Suzuki; Audi; Volkswagen; Citroen; Alfa Romeo; Kia; Fiat; Ferrari; Maserati; Chery; Great Wall; Ssangyong; Foton and Lotus.

Under his leadership each of the brands which have passed through Ateco’s hands has been able to leverage the success Neville brought to the brands’ presence in Australia and go on to greater accomplishments.

In addition to his automotive accomplishments, Neville is also a very successful deep water sailor, having built, and commandered a number of world-class yachts and was also able to claim a win in Australia’s blue water classic, the Rolex Sydney-to-Hobart race.

But, back to RAM. It was back in 2012 that Neville had the foresight to approach Fiat Chrysler Automobiles to import, and convert, the RAM truck range. However, ‘convert’ is not the right way to explain what happens after Ateco imports the LHD trucks. The correct term is ‘re-manufacturing’, because there are more than 400 specific new parts required to create a RHD version. 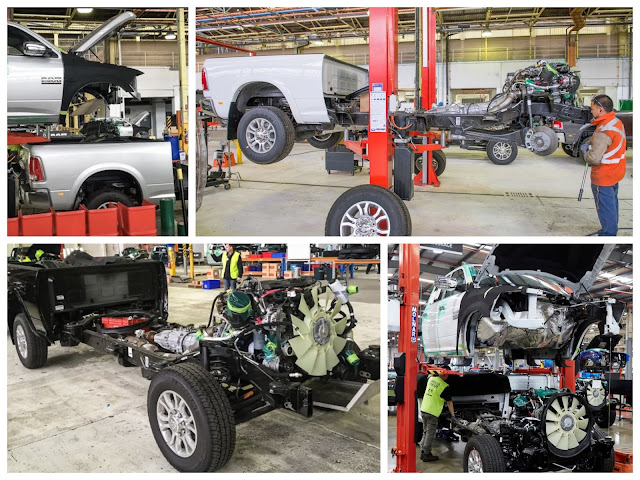 One of the major spin-off benefits is that all of these parts are made by Australian companies which formerly supplied Ford/Holden/Toyota - meaning those companies are already familiar with the high-quality standards which the RAM project demands. In fact, the dashboard is manufactured by the company which produced the Camry dashboard for the locally-built Toyota Camry. 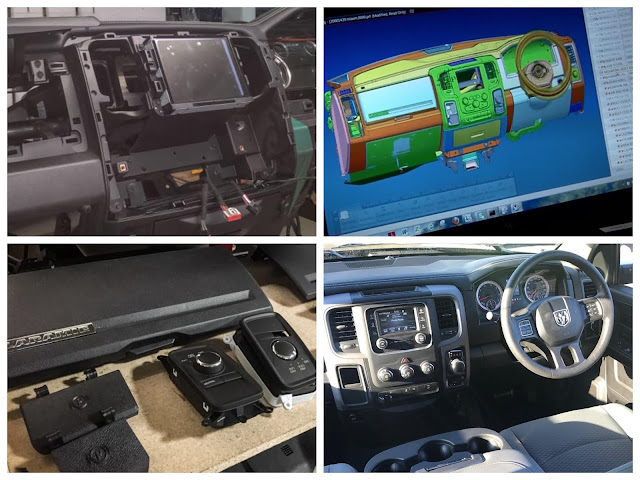 Among the components there is a new firewall and instrument panel sub-assembly (both designed and made here in Australia), plus a new RHD steering pump, and many other smaller, but nonetheless important components to ensure that Down Under buyers see exactly the same appearance and quality as the original LHD model.

To provide an indication of how serious the re-manufacturing process has become, RTA uses a dedicated CAD-CAM operation to create and design many of the new parts and modules. The investment (AUD$1.3 million) in that element alone is considerable, and strong evidence of the integrity of the process to convert RAM trucks to RHD.

Ram Trucks Australia, sub-contracts the entire ‘re-manufacturing’ task to Walkinshaw Automotive Group (WAG), at its Clayton manufacturing facility in Victoria, which operates a separate production line to WAG’s other customers.

I asked Neville when the RAM project was born, and when it began to be more than just an idea.

“I identified early on that there was a demand, and an opportunity for the RAM range and we got started in 2012. I did a back of an envelope study of the potential volumes, but the early numbers around investment and ROI made the project look a bit marginal. I imagined first full year sales could be anything from 500-1000”

“However, you don’t get anywhere in life without a dose of risk, and looking at initial annual volume of around 2000 units, we decided to go ahead with an approach to FCA in Australia.”

It must have been persuasive, because shortly after Neville was off to Auburn Hills, Michigan to seal the deal. Backed up by a thorough, and highly-detailed re-manufacturing plan the project got the green light, and has proven to be a very viable and satisfying outcome. 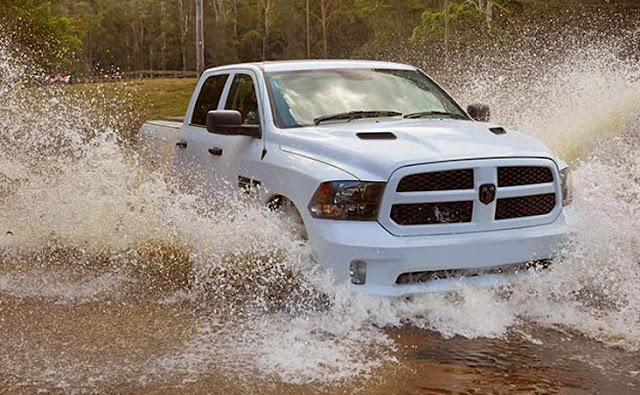 Owners love the product, and according to Neville he expects 2021 volumes to come in around 6000 units. Not bad for a huge pickup, with a driveaway pricetag of just under AUD$80K.

The RAM 1500/2500 is essentially a niche product in the overall Australian market, but demand remains strong for all types and sizes of pickup trucks, however, I asked Neville if he considered there may be a saturation point for the RAM 1500, and any other models ASV decides to bring in. 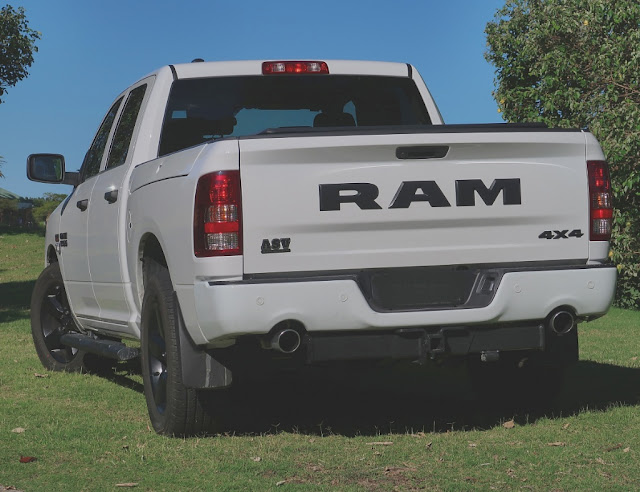 Neville replied: “Not really, because already we are limited by the number of vehicles we can assemble, and obviously we wouldn’t continue to invest in boosting re-manufacturing capacity beyond what I see as viable numbers.”

Even the re-manufacturing process is good-news story in itself. The production line now works three shifts a day over five days, along a 130m line, allowing 21 vehicles to be worked on simultaneously. The workforce has swelled from 110 to 160. 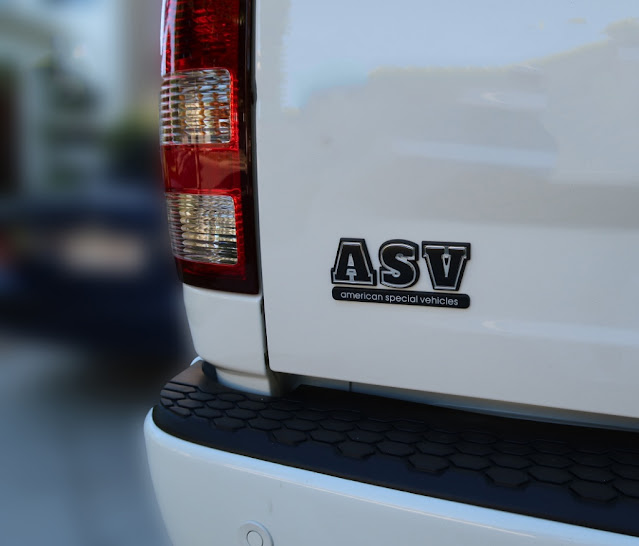 Ateco calls the RAM division, American Special Vehicles, and whilst it started out in 2015 as a joint venture with WAG, which provided the facility and the manpower, ASV took over the entire operation in 2018, with WAG merely providing services as a sub-contractor. 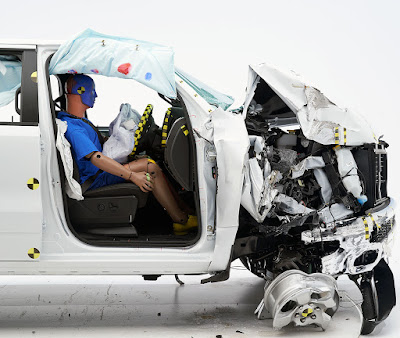 ASV, is responsible for importing LHD RAM trucks, and ensuring their certification with Australian Design Rules (ADRs). Including the whole suite of crash tests.

It’s important to again note that the main emphasis on the ASV/RTA arrangement is that the vehicles are ‘re-manufactured’, not just a simple switch from LHD to RHD using a few new parts. Although it may not be on the same scale as multinational passenger car companies, which used to churn out over 100,000 cars a year from their plants, Ram Trucks Australia has added another important dimension to the growth of the ‘new’ automotive industry in Australia.

Ateco has become one of the strongest players in the Australian and New Zealand automotive environment. In Australia, as well as RAM trucks, Ateco distributes Maserati sports cars; and commercial vehicles from China’s LDV.

In New Zealand, Ateco distributes the full Fiat Chrysler Range, including RAM trucks; and Ateco is also the importer and distributor of Maserati in South Africa. Its dealer network includes 130 active operations in Australia, New Zealand and South Africa.

Clearly, this is the result of ‘big thinking’ from a truly entrepreneurial automotive executive, as witnessed by the fact that since its inception in 1985 the Ateco Group has delivered in total 302,525 vehicles to end of 2019; outselling Audi, Jeep, Land Rover, Lexus and Volvo, plus other smaller marques. 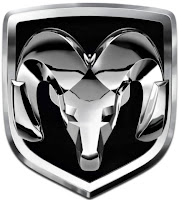 As Neville says proudly: “Ram Trucks Australia is the only Fiat Chrysler Automobiles (FCA) authorised importer and distributor of Ram Trucks, for both the Australian and New Zealand markets.”

“As at today, we are the only FCA authorised full-volume manufacturer of right-hand-drive Ram Trucks in the world. This means we are the only company that imports and distributes official, export-spec, left-hand-drive new vehicles, directly from the Ram factory in the US, and remanufactures them to RHD. Our detailed remanufacturing process to RHD is second to none, carried out in a purpose-built, multi-million dollar, OEM-grade production facility in Melbourne, with stringent quality and control checks throughout the process.”

I asked Neville what the level of investment the project represents, to which he simply replied: “Millions. The cost to prepare a truck to comply with ADRs is around $10million; and in addition there are many millions invested in the creation of the production line, the CAD/CAM hardware and software, additional Australian-designed and sourced components, and the manpower costs.” 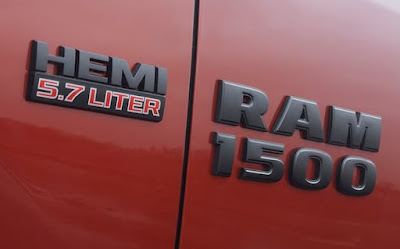 The current RAM 1500 is powered by Chrysler’s massive 5.7L Hemi V8; but RTA has plans for a V6 diesel in the mix.
This is a good news story that looks like it will keep on giving.
John Crawford
Posted by John Crawford at 11:01 AM