It’s the morning of March 17, 1961, and a clearly impatient Sir Williams Lyons is restlessly roaming around the Jaguar display at the Salon d’Auto in Geneva. It’s a mere 20 minutes before the auto show will open, and there’s a clearly vacant space on the Jaguar stand awaiting the display of a rumoured new sports car.

Suddenly, at a side door of the palais in the Parc des Eaux-Vives, there was considerable shouting, the shifting of a huge entrance door, and the new Jaguar E-Type coupe was driven slowly through and parked next to the Jaguar stand. A rather hypertense Jaguar PR executive, Bob Berry exited the car, and Sir William Lyons rushed to his side. “Good God Berry, I thought you would never arrive!” 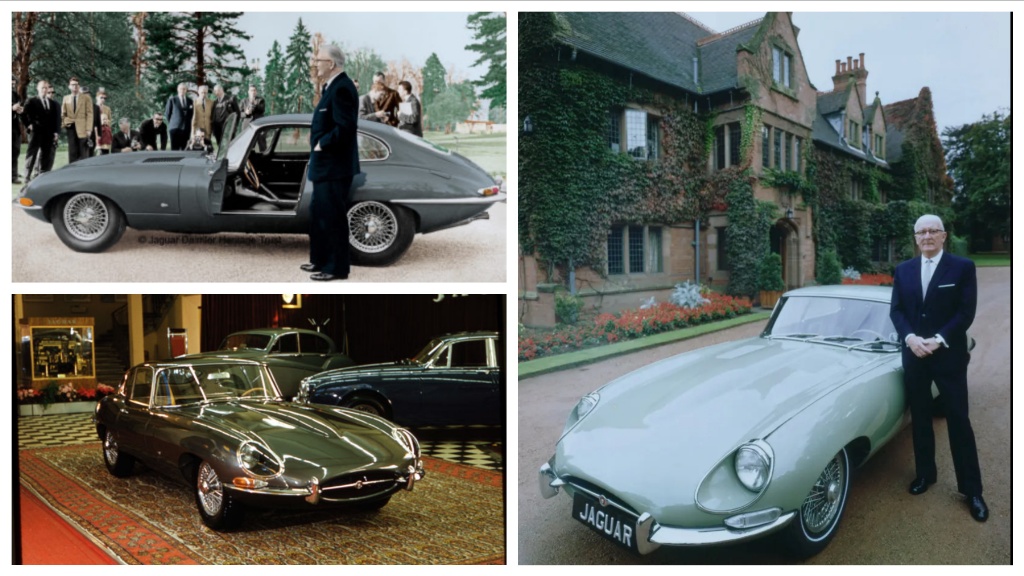 Despite the last-minute arrival, which of course only added to the mystique and hyperbole surrounding the appearance of the E-Type, the Geneva Salon had the honour of introducing one of the automotive world’s truly iconic cars.

When asked by journalists of his estimation of the post-launch popularity of the car, Lyons replied, “Well we have quite a few orders from dealers, sight unseen!”

However, once the E-type broke cover it was an instant hit, worldwide. Following the auto salon, the coupe (Registered 9600HP) was to be used by Jaguar sales executives for test drives, however the appointment lists became clearly overbooked, so Lyons called the factory, instructing test driver Norman Dewis to locate the first roadster (Registered 77 RW), and drive overnight to Geneva to stand alongside the coupe for test drives.

Dewis averaged 68mph for the 11-hour journey, delivering the car to the Jaguar team at the Parc des Eaux Vives an hour before the first test drives. Dewis said he would head off for some sleep, but Lofty England (Jaguar’s race and service manager) said: “No time old boy, have a coffee and get ready for the test drives.”

The rest is ‘great history’. At the end of the Geneva Salon, there were more than 500 orders in the book, and over the next 14 years Jaguar sold more than 72,000 E-Types.

Now, for the first time all three of the original E-Types have been gathered together at Wappenbury Hall, Sir William Lyons’ stately manor house, by an enterprising classic car dealer, Pendine Cars, for a memorable photo session, to celebrate the 60th anniversary of the car on what would have been Lyons’ 120th birthday, September 3rd. Once the Geneva Press Day was finished, chassis 005 became the static display car.

Sadly, Norman Dewis died in June 2019, but he was reunited with 77RW before his death.

As one of the ‘Keepers of the Legend’ I am very proud to have served as a PR executive for Jaguar Cars for close to 20 years, telling the stories of this fabled company’s rise to global prominence through the vision and determination of its founder, and the many dedicated chief executives who followed in his footsteps.

Posted by John Crawford at 9:07 PM