DANNY DOES IT AT MONZA by John Crawford 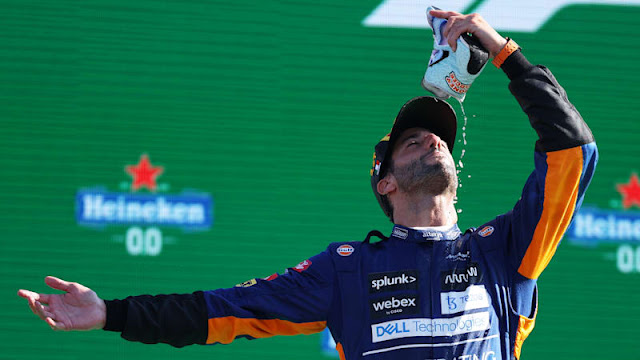 It's the first time we've seen 'The Shooey' since 2018, and not just a Daniel Ricciardo victory for McLaren, but a one-two with teammate Lando Norris shadowing Danny across the line. 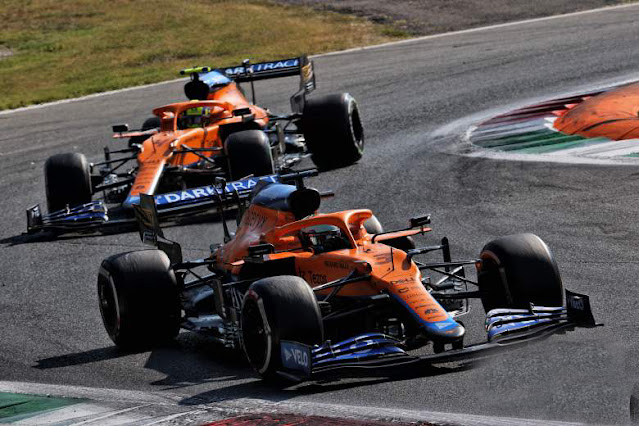 Of course the BIG news out of Monza was 'that prang'! Martin Brundle's first reaction was that Verstappen had done nothing wrong, but when it comes to pig-headed determination I'd suggest it was probably Verstappen who caused the coming together with Hamilton.

It seems the stewards also saw Max as the man who caused the prang, handing him a three-place grid drop for the Sochi GP. 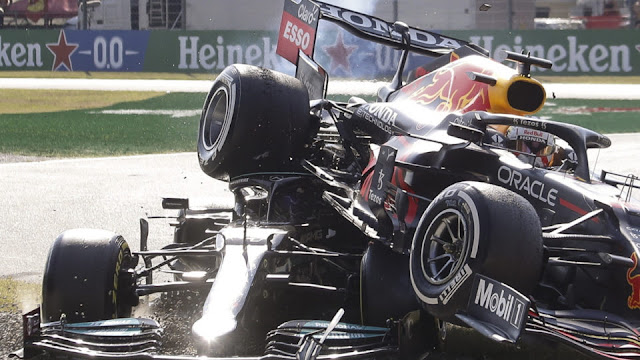 Starting from the front row, Ricciardo was ideally positioned to do well in Italy, and I think it's a tribute to his consummate skill, determination and patience that he can blend will to win, with excellent strategic decisions to pull off a welcome win.

Posted by John Crawford at 8:55 AM