CONNECTING THE DESIGN DOTS AT LAMBORGHINI by John Crawford

It’s necessary to divide Lamborghini’s history into the pre-Audi era and the post-Audi era.

In 1998, the same year which VW Group acquired Bentley Motors, the Group also acquired Lamborghini from the Indonesian company, Megatech, for USD$110 million. Up to this point Lamborghini had enjoyed what news journalists refer to as a ‘colourful history’ 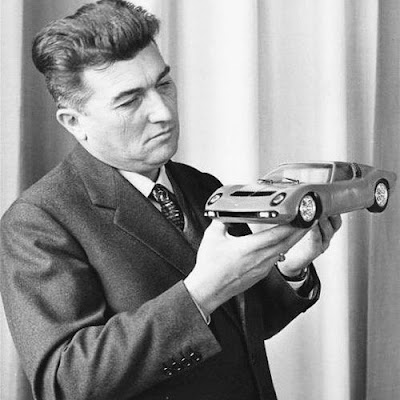 Its ownership had changed from the founder, Ferruccio Lamborghini, who in 1963, wanted to compete with Ferrari, to a number of owners, but ultimately ended in bankruptcy in 1978.

Chrysler Corporation took ownership in 1978, but sold it off to Megatech in 1994.

None of the new owners made any substantial changes to the company, and by 1998 it was barely able to operate, such were its debt levels.

This also ended an era where the company’s cars were designed by a phalanx of illustrious Italian designers including Giugiaro, Gandini, Bertone and Zagato. Whilst the cars which they produced were stupendous design statements – the Marzal, Bravo, Athon, Portofino, Cala and Raptor. All they managed to do was keep the name alive, not contribute the much-needed financial aid necessary to maintain any sort of profitability. 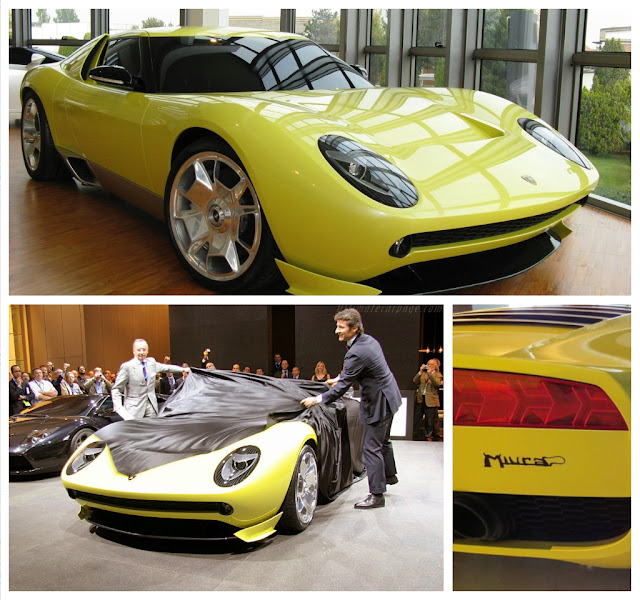 Audi appointed Stephan Winkleman as Lamborghini CEO, but even after he joined de Silva at the unveiling he later vowed that Lamborghini was all about the future and that it would create a new design language.

This was the point when Audi put its stamp on, and exerted a level of strict control over the Italian supercar maker. In 1999 Lamborghini sold a total of 265 cars; in 2019 sales topped 8500.

However, the design component of post-Audi Lamborghinis has revealed a level of ‘family values’ which is a quite an interesting study of how VW Group Design works and the cross-pollination of not only design themes, but the people who create the design statements.

It also validates the competence of the designers VW Group has hired to work across its many brands. In no way has it diluted any brand values (from Seat to Bugatti), because each designer appears to have been able to recognize and sustain the various design DNAs, and retain the ‘character’ of each marque. Which in the homogeneous environment of the car industry is no mean feat.

The rebirth of Lamborghini’s image as a supercar maker began with the Murciélago designed by a young Belgian called Luc Donckerwolke. He had joined VW Group in 1992, after two years with Peugeot. He moved through Skoda and Audi, before being appointed to Lamborghini in 1998; then a spell at Seat, after which he settled back at Lamborghini producing the Diablo VT 6.0; the Murciélago and then the Gallardo in 2004. 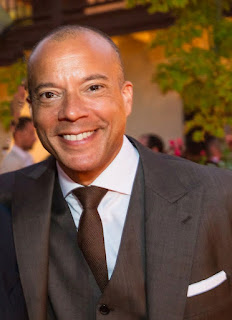 Lamborghini brought the Gallardo to Monterey in 2005, starring at the Pebble Beach Concours d’Elegance. Lamborghini’s head of marketing at that time was my friend Manfred Fitzgerald (right).
We were representing our brands (Lamborghini and Bentley) at a number of events, and one morning Manfred said: “Could you swap me a Continental GT coupe for a Gallardo for a couple of hours?” Who could say no?

I took the bright yellow Gallardo down the Pacific Coast Highway for an hour, before stopping for coffee, and then returning to Carmel.

What a brilliant car! This was to become known as the ‘baby’ Lamborghini and would ultimately become Lamborghini’s best-selling model.

However, I would not realise for some years the bonds which had been formed between Manfred and Luc. In 2012, Luc was appointed to Head of Design for Bentley Motors, where he produced the production version of the Bentayga SUV.

At Lamborghini, Audi had appointed Fillipo Perini as Head of Design and his first project was the Aventador, then the Huracan, which everyone identified as the replacement for the Gallardo. Perini also developed the original concept for the Urus SUV. 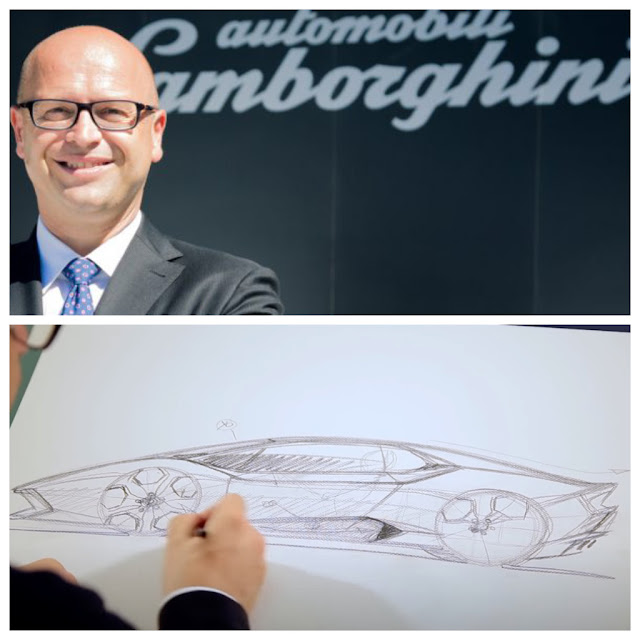 There is no doubt that Huracan has captured the attention of millions of Lamborghini, and sports car enthusiasts worldwide. Its form appears to be a beautiful re-working of the themes and styling cues from the Gallardo, but it has its own personality. 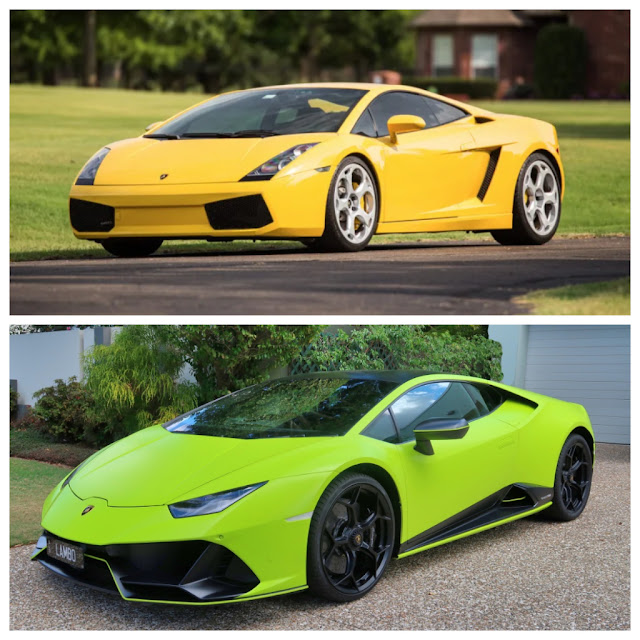 Perini has said he is not only interested in design, but also how the ‘whole car’ comes together, from a performance and driveability perspective. He and the whole Huracan team have achieved a perfect result. From the moment I slipped into the driver’s seat the Huracan revealed an instant appeal to me as a driver, an enthusiast, and (surprisingly) as a pragmatist. 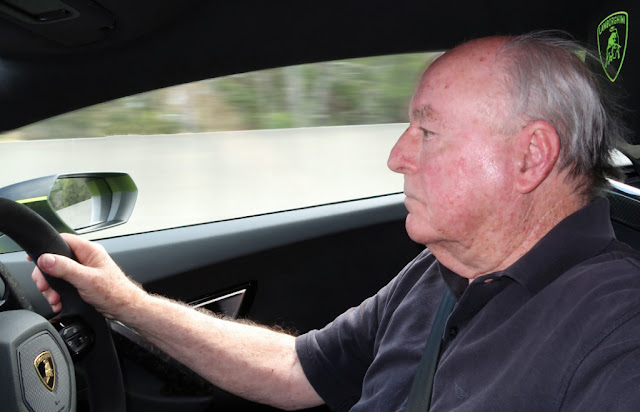 I believe the Lamborghini Huracan is almost the ‘perfect’ supercar. That statement will no doubt invite many detractors, but the car you see here, the Huracan EVO Fluro capsule, in Verde Shock is not just a great car, it’s a fantastic driving experience. 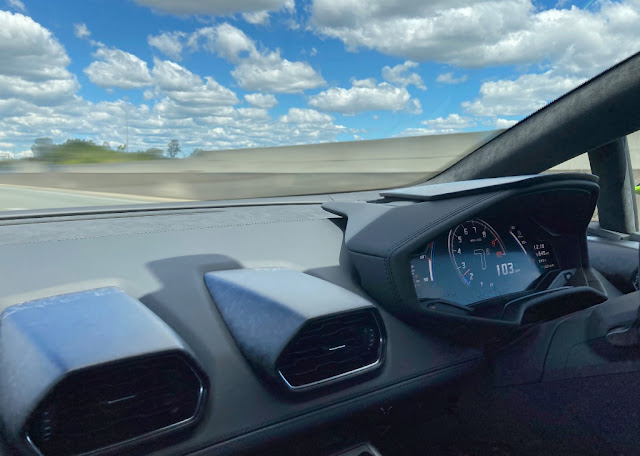 Given my own experiences working for Bentley, within the VW Group, I wholeheartedly applaud the decision to place Lamborghini under Audi’s protective guidance. It has brought discipline to every area – design, creativity, production engineering, build quality, finishes and of course performance.

Lamborghini has not only survived, but thrived with German management and commitment. The 5.0L V10 developed by Audi is a sweet engine, and anyone who drives this car will notice something immediately. It is quiet, comfortable, and so easy to pedal around cities and burbs.

You’ll get around AUD$1300 change out of half a million dollars, to put towards the on-road costs, but I think this is one supercar you’ll have in your garage for quite a while. 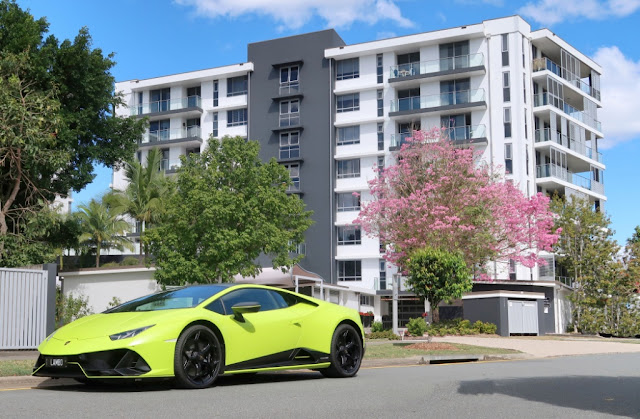 Perini has been replaced at Lamborghini Centro Stile by German designer Mitja Borkert (below). Borkert joined VW Group in 1999, working at Style Porsche (where he contributed to the Panamera Sport Turismo, Porsche Boxster 987 facelift, Cayenne, Macan and Mission e). 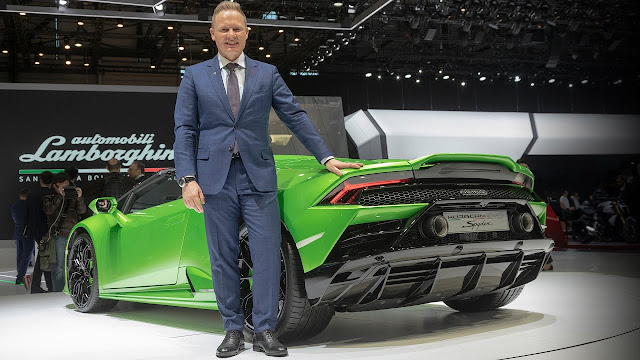 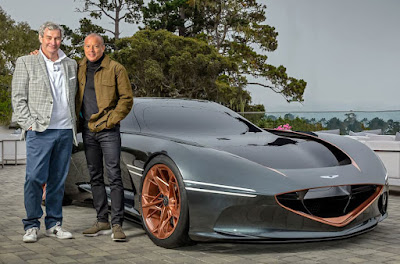 Luc Donckerwolke moved from VW Group to Hyundai in 2015 to lead the creation of the Genesis brand. Manfred Fitzgerald followed shortly after, and for a brief time he was Head of Marketing for Genesis, before moving on to his own marketing consultancy.

Luc has recently been appointed Head of Hyundai Design, as well as Chief Commercial Officer for Genesis.

Isn’t it amazing how these guys remain within the tight little community created at Volkswagen? It’s also a tribute to their collective talents that they have each brought wonderful creativity to the brands they were involved in.

Posted by John Crawford at 5:10 PM