DEATH OF THE SPORTS CAR? 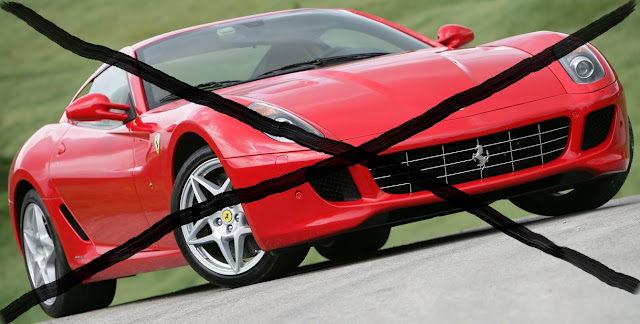 A few weeks ago I wrote a very tongue-in-cheek post addressed to Jaguar, calling on the company to develop a smaller, lightweight, less tech-filled sportscar to sit below the very successful F-type. 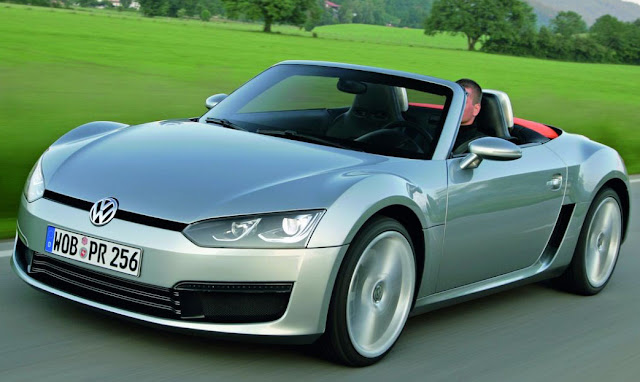 I imagined a car about the size of the latest Mercedes-Benz SLC 300; or perhaps closer to Volkswagen’s concept car – the VW Blue Sports. 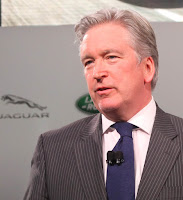 Within a day or so my very good friend Adrian Hallmark, Group Brand Director for Jaguar Land Rover, wrote back to me saying: “John, I wish the rest of the world loved sports cars as much as the UK and Australia. Sadly, they are no longer a strong commercial proposition, given the investment needed.”

I smiled, thinking that a reply like that might be intended to put me off the scent, if in fact Jaguar was considering such a car. But, right now, Jaguar is doing very nicely thank you, with the F-type coupe and convertible. 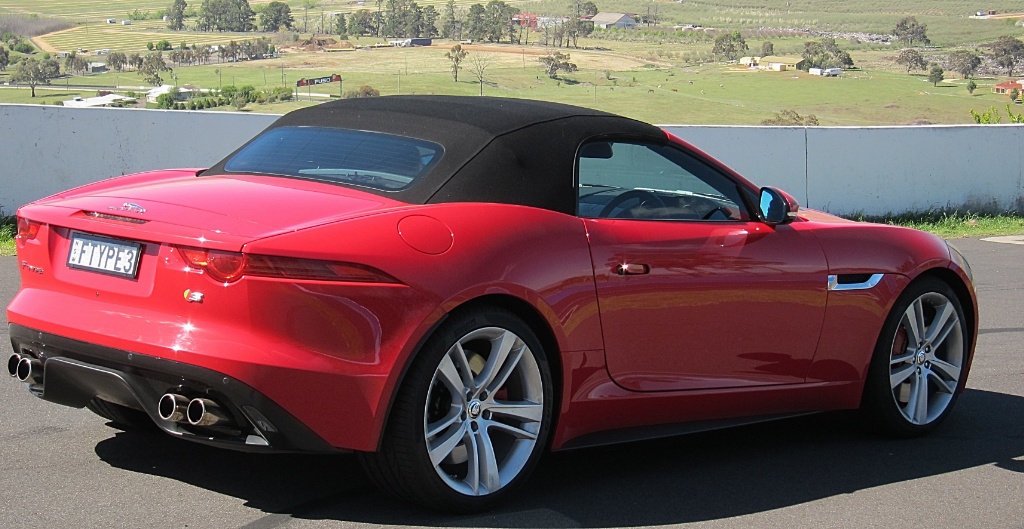 Of course, I also thought, there could be just be a slim chance Adrian Hallmark is right.

However, you can’t argue with the numbers. It seems the ageing baby boomers are no longer keen to bend their bodies in half, in order to shoehorn themselves into a low-slung sports car. What they appear to want now is a Crossover Utility Vehicle (CUV), which combines grace, pace and space – and, is easier to access.

Voila! The Jaguar F-Pace. Seems like my mates at Jaguar are right on the money!

According to AutoWeek magazine Boomers (men aged between 46 and 64) are choosing to buy roomy, practical CUVs that offer sports car handling and performance.
However, the CUV is not solely responsible for killing off sports car sales. Many Gen X buyers simply can’t afford them; and by the time they can, a lot of them have families and need space and practicality.

Also, there’s been a subtle shift in the paradigm of the hedonistic, macho male image that couldn’t care less about the selfish nature of the two-seat roadster. Say what you will, but the male ego has taken a dent, and men are being forced by social change to act more responsibly and consider wife and family, rather than blasting down a deserted road with howling exhaust and wind in the face, and a PYT in the passenger seat..

According to US registration data, the Porsche Macan (aka the Audi Q5 and VW Tiguan) is now the top-selling Porsche in America! 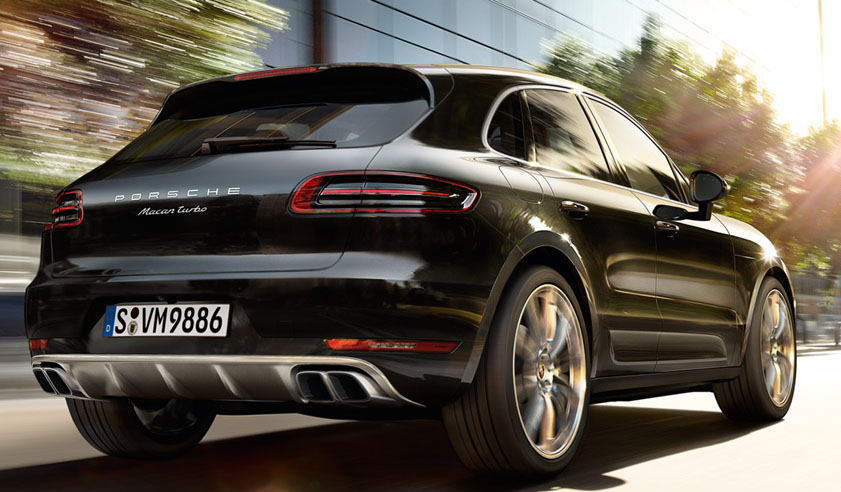 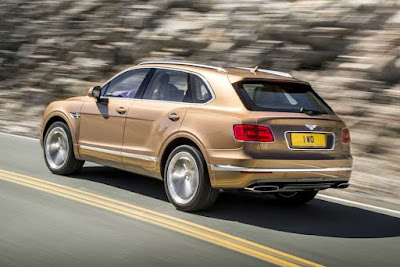 Then there’s the rush by marques like Maserati and Lamborghini to bring a sporty, luxury CUV to market, such as the Levante and Urus. And, don't forget the Bentley Bentayga!

Even that classic American sporty car, the Mustang, is suffering. Unsold dealer stocks forced Ford to idle the Mustang plant for a week this month because sales fell 9%. GM's sports car sales are down too. Corvette sales have fallen 11%, and Camaro sales fell 14%, so far this year.

But, whoa, hang on, don’t go searching the obit columns in the newspapers for sports car death notices just yet.

Most of the major manufacturers will say they are not taking any focus off iconic sports cars. For example Porsche says it still intends to develop and promote Boxster, Cayman, 911 and Panamera. But the guys at the VWAG Boardoom table are still very glad to be enjoying outrageous success with Cayenne and Macan.

Boxsters won't disappear, especially with successful women like Sharapova now lining up for a roadster! 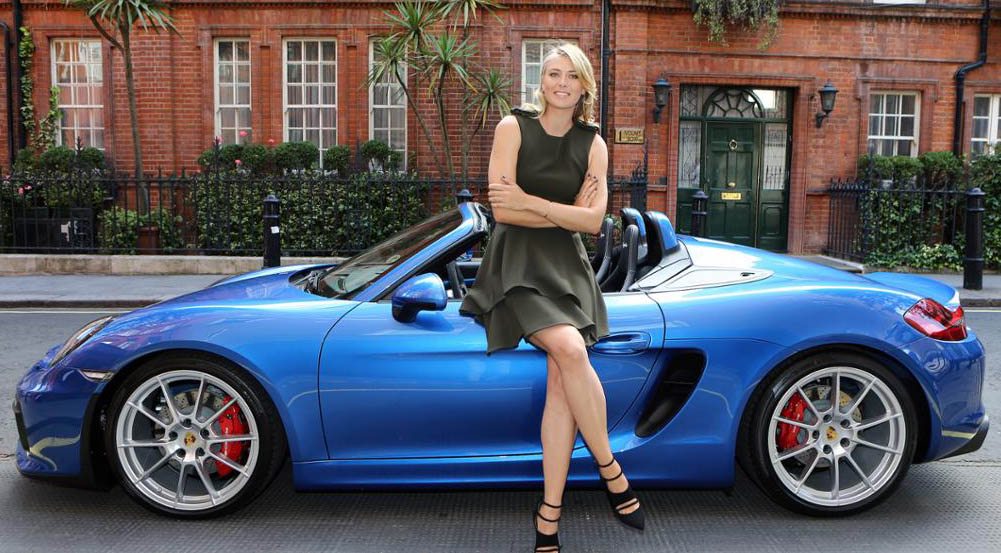 So where does that leave cars like Mazda’s MX5/Miata, and the recently-released FIAT 124? Safe, for now. They are affordable fun, and thanks to their rock-solid image, they will survive simply because they are so good at providing the fundamental sports car driving experience.

But, as the Nobel Laureate poet says: “The Times They’re a-Changin.”
Posted by John Crawford at 3:24 PM