Actually, there’s nothing wrong with the concept of lithium ion batteries; the real issue is how they’re made!

Since Samsung began experiencing explosions and fires with its new Galaxy Note 7 smartphone, lithium batteries have grabbed headlines. In many cases for all the wrong reasons.

From what has been released so far, the Samsung issue has been caused by the battery manufacturing process. Simply put, in an effort to accede to consumer demand for slicker, slimmer phones, Samsung changed its battery making process.

The outcome appears to be that the thin film which separates the cathode from the anode (or, if you like the positive and negative) is too thin and if the phone is compressed (like in a tight jeans pocket) or bent, the ‘switches’ that turn the battery on and off come in contact ‘through’ the separator, create intense heat and then spontaneously combust.

If you need convincing how potentially dangerous poor battery construction can be, listen to this quote from Qichao Hu, a former researcher with MIT:

“A battery is really a bomb that releases its energy in a controlled way. There are fundamental safety issues to all batteries, and as you get to higher energy density and faster charge, the barrier to explosion is less and less.”

This suggests lithium-ion battery construction technology is beginning to reach the safe energy density limits of the technology. 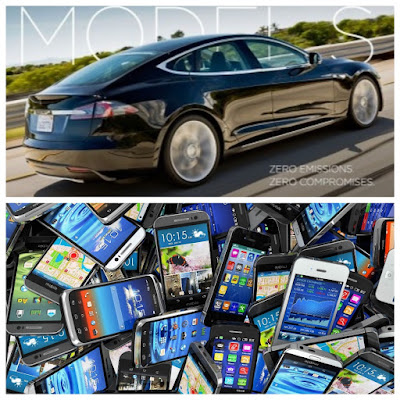 Lithium ion batteries are undoubtedly the greatest development in efficient electrical power storage in decades. Lithium ion's conductivity, its power capacity, energy densitiy and other properties mean a lithium battery can be big enough to power a car or small enough for a smartphone.

There’s no doubt they are the ‘silver bullet’ breakthrough in battery design and will be with us for a long time to come. That is, as long as the raw lithium ion sludge can be commercially mined to produce the stuff that goes in the batteries.

Several countries have huge reserves of lithium ion, mainly Colombia and China – but it is so commercially attractive new discoveries are on the horizon.

There are also several very innovative projects currently under way to help solve the battery safety issues; one is coming from a Californian company called Blue Current, which is working on a high density, low flammable battery using gel electrolytes.

Another is Massachusetts-based Solid Energy Systems which is working on a lithium metal battery which Qichao Hu says takes up half the space of existing batteries. It will be used first in high altitude drones, he says, and in consumer devices, including smartphones, by 2018.

So, my takeout from all of this? I’m sticking with my iPhone.

NOTE: One of the major issues with the Samsung situation is the way the company has poorly handled the PR crisis.

My own experience working with Korean companies was instructive. Korean companies, usually 'Chaebols' (giant family-run conglomerates used to exercising immense power) simply 'tell' the Korean media what to write. I have been in press conferences in Seoul, where company officials produce a pre-prepared response, which each journalist is expected to 'file as their story' and that's it. No 'investigative' element; no questions of the validity of the statement; the media just accede to the Chaebol's position.

In this current situation there are overtones of the same response. Not until required by US government regulations, did Samsung partially admit some responsibility, and begin replacement activities. However, even then Samsung did not openly admit that the replacements may suffer the same problem!

Korea is a country in which the family-run Chaebols (as many as seven) dictate policies, and expect government rubber-stamping. I'm reminded of that wonderful old line which emanated from the GM-USA position - 'What's good the the Chaebols is good for Korea'.

Apple may sometimes be obtuse and vague in its responses to protect its commercial secrets, but at the end of the day it appears to mostly observe US government regulations.

This is one very significant reason why Korea still has a difficulty understanding the need to openly meet global consumer and government expectations of corporate transparency and integrity.
Posted by John Crawford at 8:32 AM