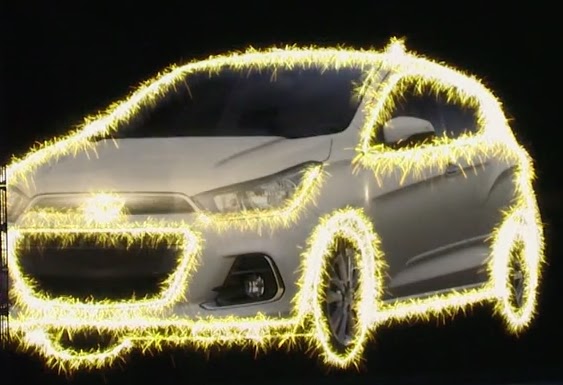 Words rarely fail me. My mother used to say: “That boy could talk underwater with a mouth full of marbles.”

So, why am I having difficulty writing about the 2016 Holden Spark?

Well, it’s knowing where to start. Will I focus on the driving dynamics; the interior packaging; the standard equipment; the little 1.4L engine? So much to say.

All you want to know is: “Is it good, bad, or indifferent?” I’ll put you out of your misery. 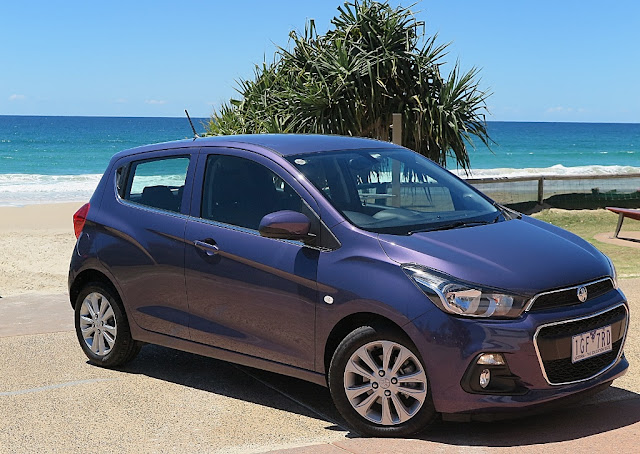 All around this is a fabulous small car. Even more surprising is that it comes from General Motors, which in the USA, at least, has never been good at small cars.

In 1986 GM Chairman Roger Smith was in a dire position, the corporation was rapidly losing market share to Japanese imports.

With no small cars in its catalogue GM thought about ‘buying’ an Asian car company to churn out cheap, small cars and beat the Japanese.

However, it turned out GM didn’t have to ‘buy’ an Asian company. It had established a joint venture in 1972 with Shinjin Motors, and in 1982 Shinjin was acquired by Daewoo Group. 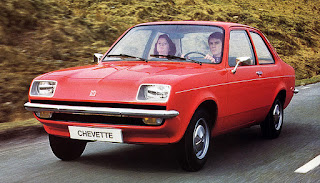 So in 1986, a team from Detroit sold Daewoo Motors on a plan to take GM’s T-car (Opel Kadett, Vauxhall Chevette (right), Isuzu/Holden Gemini) and build it for a US division. 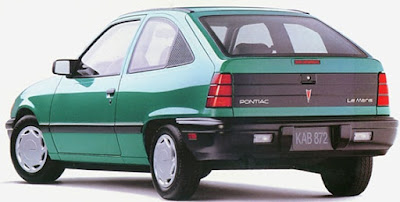 The car was called the Le Mans, and was a test by GM to see if it could match the Japanese. So it started by only selling the car through Pontiac dealers. Yep, it was a sales disaster.

Not only was the build quality atrocious, and the reliability awful, but Pontiac dealers had no idea ‘how to sell’ a small car. They’d never encountered one. If you entered a Pontiac dealership, it was hard to find a Le Mans. They were usually stuck forlornly in a corner of the showroom.

No-one remembers when the Pontiac Le Mans disappeared, but the reputation that GM didn’t do small cars well in the USA lingered. A pity, because globally T-car was a huge commercial success for the corporation.

Pontiac's problem was that the sales plan was never fully explained to the marketing suits, and thus to the dealers. Small GM cars failed in the USA for lack of a process to create a ‘small car culture’ within the giant US operations. In 2001 GM took full control of the bankrupt Daewoo Motors, and since then has wisely used the asset to produce a range of small and compact cars, plus small and compact SUVs.

But now we employ time travel and witness the latest GM small car to roll off the production line at Chosun. The Spark. And, you heard it here – they got everything right with this little bombshell. 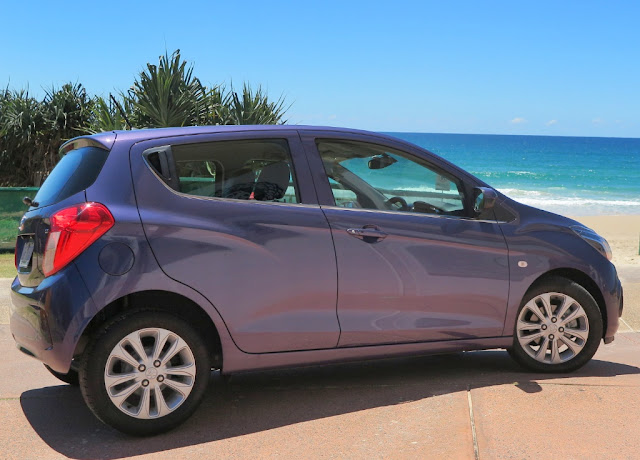 There was a predecessor, which I think looked like a cartoon car. 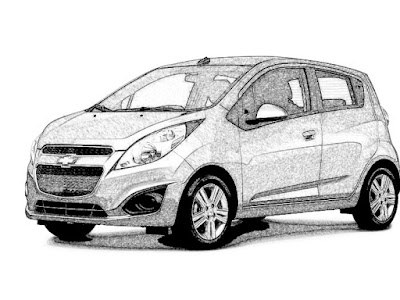 However, despite some visual similarities the 2016 version is as different as you could possibly imagine.

First, it is built on an entirely new architecture; it uses one of a brand-new family of highly efficient engines; it utilizes high-strength steel, and its equipment levels are absolutely class-leading – as are the dynamics.

In designer Michael Simcoe’s own words: “The new Spark is a very grown-up car. It was created with a notion that giving up size should not mean giving up dynamics, comfort, technology or features.”

GM, you’ve nailed it! In design terms Michael Simcoe and his team lowered the roof height, which really helped alleviate the ‘tall cartoon look’, but they also managed to lower the seating H-point for the occupants, meaning there’s identical headroom, but the exterior view is much more linear. 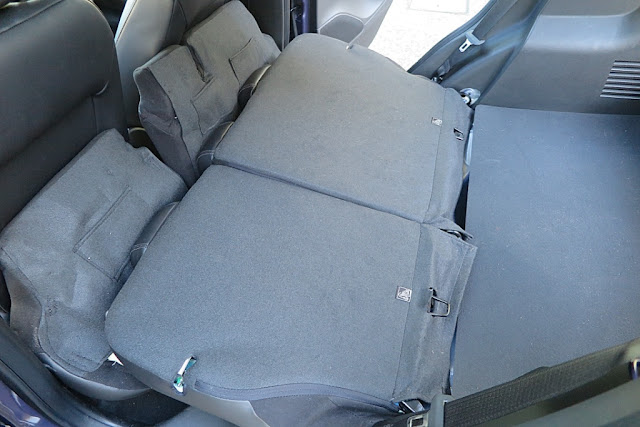 The dimensions are pretty much the same as the earlier version, which does restrict trunk space with the seats raised – however with a clever and thoughtful design tweak, the interior packaging team created a rear compartment, with the seats folded, which provides almost limitless possibilities for load carrying.

Driving the Holden Spark is, quite frankly, a revelation. It’s amazing how good the ride is, despite the short wheelbase. On suburban roads, or freeways it feels like a much bigger car, and for that we can thank the Holden suspension engineers who clocked up thousands of hours at Holden’s Lang Lang Proving Ground, east of Melbourne. 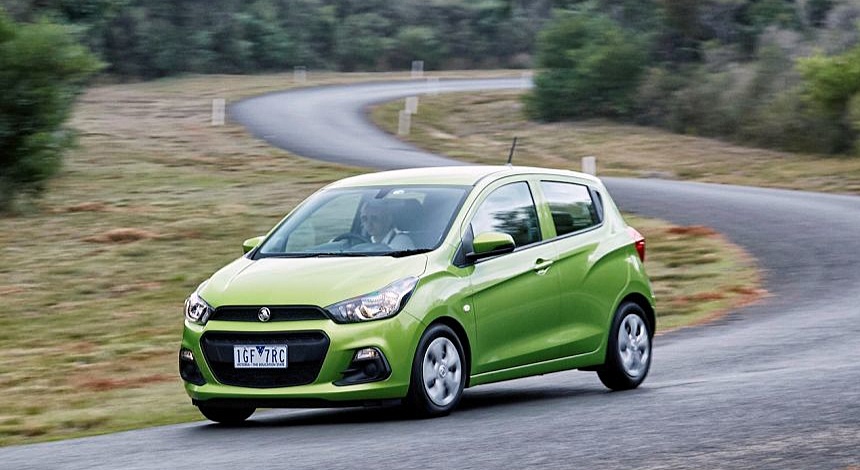 They have fined-tuned and refined both the ride and the handling. The steering feel is excellent, and the little car turns in beautifully. I simply can’t praise the on-road experience highly enough. 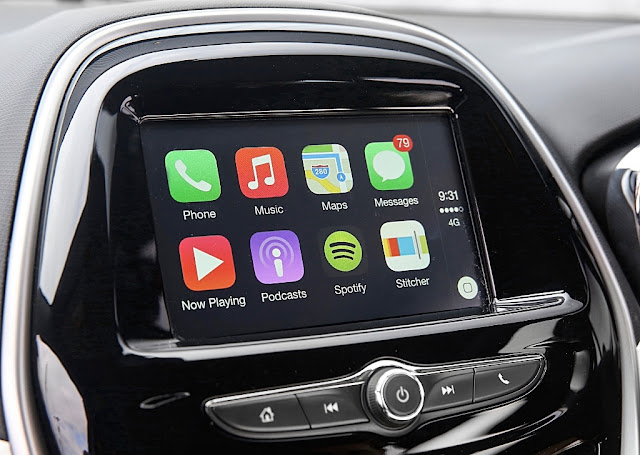 The car is aimed at millenials, and the standard equipment reflects their needs – Apple Car Play and Bluetooth phone connectivity; great all-round vision; enough room for four adults and outstanding fuel economy. All the controls are intuitive, with a nice, solid feel. However, I would have liked to see a digital speed readout as well as a speedo. 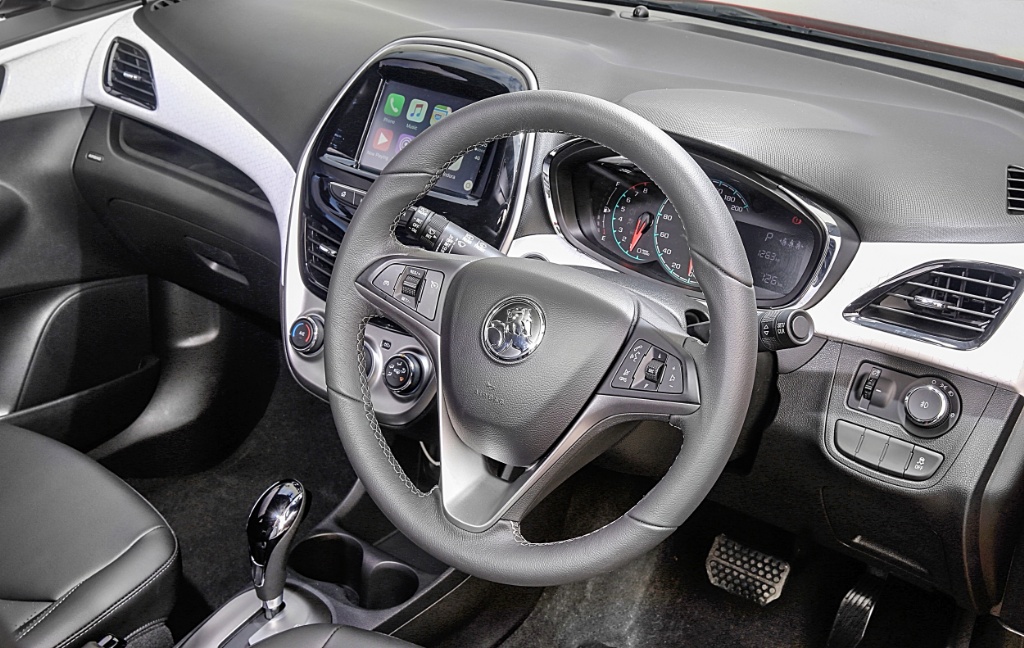 The interior is 'grown-up' too. Stylish, and with lots of cubby-holes for storing the stuff we live with.

I must make special mention of the very attractive material covering the top of the instrument panel. It's a 'textured plastic' (the patent for which is owned by Honda), but it's beautifully designed and finished. And it definately adds a 'premium' air to the interior.

The willing, and quiet, 1.4L engine is called 'SGE' (for Small Gasoline Engine), and its a brand-new, all-aluminium construction, which includes a stiffening plate on the bottom of the crankcase to ensure low NVH and rigidity.

There are two transmission options, manual and CVT auto, and I recommend choosing the CVT. It’s supplied by JATCO, but the calibration is by GM, and it works really well.

When GM Holden announced the end of local manufacturing in Australia it boasted the imminent launch of 22 new imported models, and if the attention to detail in the Spark is reflected in the rest of the lineup, Holden could stand a good chance of remaining very close to the hearts and minds of Aussie car buyers.

But, there’s always a downside, and this time for me the issue is positioning and marketing. The Holden marketing suits want to sell Spark to young buyers, say 24-34, but I think the car is too expensive. Yes, really!

For simplicity, let’s compare the CVT-equipped cars. The base LS version is AUD$15,690; and the fully-equipped LT is AUD$18,990 – and then you have to add on around AUD$2,000 for the on-road charges. That changes the entire pricing dynamic.

There’s a lot of similarly-priced competing brands in this class and if I was GM and wanted to get very fast and massive takeup of the Spark, I would have made the prices I’ve quoted above ‘driveaway’ prices for the first six months. Then introduce a ‘facelift’ with some extra equipment and put the price up.

The other issue is positioning. I called a couple of friendly Holden dealers to ask about showroom traffic, and disappointingly for Holden, they told me the biggest interest was coming from buyers 70+, who saw it as a great car for their retirement driving pursuits. 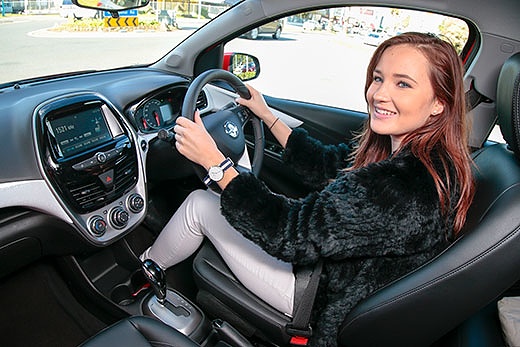 The older buyers don’t baulk at the pricing, but the young ones will.

I think Holden should be bold and ‘re-align’ the pricing.

Then this photo would represent just who they would like to have driving the brilliant new Holden Spark.

Posted by John Crawford at 2:56 PM