JUMPING ONTO THE PODIUM!

Hyundai is in serious contention during its latest investment in the World Rally Championship. 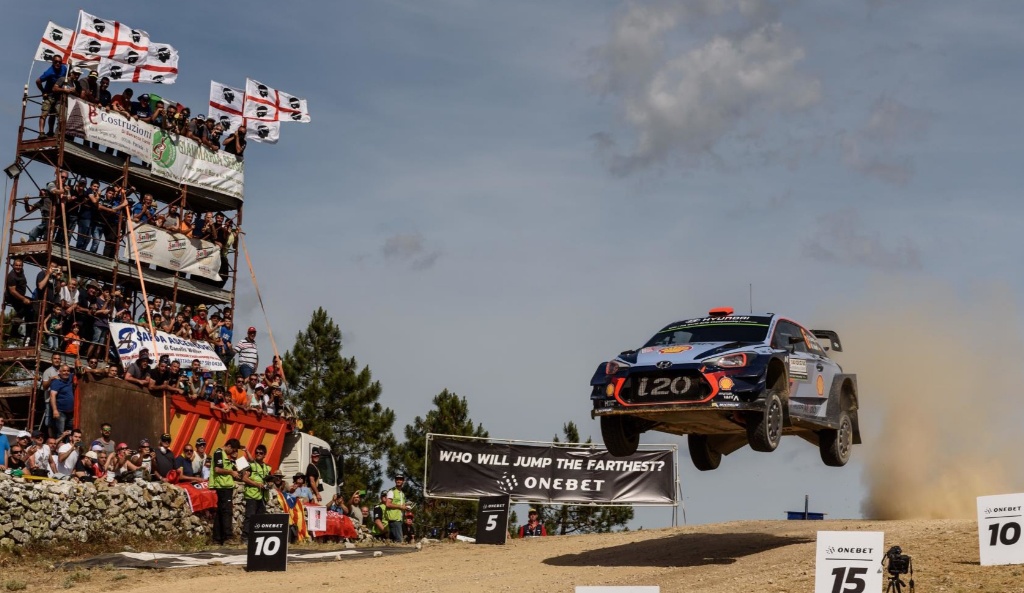 Thierry Neuville closed the gap in the Drivers’ Championship with his fifth top-three finish of the season, continuing his unbroken run of Power Stage points.

Hayden Paddon and Dani Sordo both scored stage wins on the final day of action to take the team’s 2017 tally to 48 – the highest in any season to date after just seven rallies.

Hyundai's i20 is battling it out with a bunch of tiddlers - the competitors are the Ford Fiesta, Toyota Yaris, Citroen C3 and the Skoda Fabia.

Here's how the Top 12 finished in Sardinia: 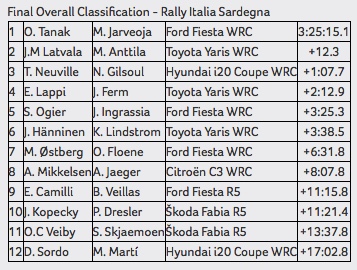 Posted by John Crawford at 1:29 PM