As Sergio Marchionne plans his sayonara as the CEO of FCA at the end of 2019, the search is on not only for his successor, but in a further hint to Sergio’s accelerated plans to sell off bits and pieces of the Group, FCA also has tentacles out for a new corporate PR chief whose duties will include “significant strategic corporate experience in managing mergers, acquisitions and selldowns.”

The resumes of several highly-regarded PR specialists have been floated before Marchionne, which is the strongest evidence yet that FCA’s future as a global automotive group is pretty wobbly. The people who have been approached have been told that the position will answer solely to the CEO.

In regard to a successor, FCA Chairman John Elkann is on record as saying that the role will be filled internally.

However, one of the traits accompanying a strong central figure as CEO is that the names of possible successors are often virtually invisible because the boss grabs all the headlines. 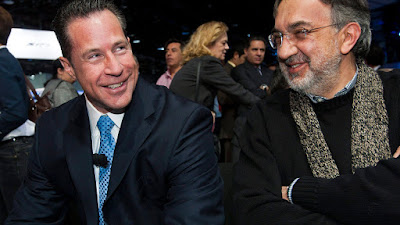 One name which keeps cropping up is Sergio’s BFF, Reid Bigland, whom Marchionne promoted from being Head of FCA Canada, to running Alfa Romeo.

However, Bigland first has to dodge a probe by US criminal and regulations investigators who are investigating alleged fraudulent manipulation of vehicle sales and registrations.

Bigland’s signature is displayed on documents filed with the Securities and Exchange Commission containing some of the disputed sales figures. The monthly sales reports often contain statements from Bigland touting monthly results and a streak of continually rising sales that he said went back to 2010.

The sales streak was also highlighted in other filings, including FCA’s 2015 annual report.
Federal investigators are eager to determine whether documents were falsified and, if so, whether company officials may have known what they were signing. The investigations follow lawsuits filed recently that allege company officials offered money to dealers to falsify sales.
According to both U.S. and Canadian media, investigators are looking into allegations that FCA ordered dealers to create false vehicle purchases, some of which were made in the names of friends and relatives of salespeople, including underage family members.

The government criminal probe follows two lawsuits filed against Fiat Chrysler Automobiles in 2016. In one of the suits, Ed Napleton, who owns more than 50 dealerships in five states, alleges an FCA district manager in June 2015 offered him $20,000 if one of his dealerships falsely reported 40 vehicles as sold. The money would be credited to the dealership’s account as “cooperative advertising support,” the suit alleged.
FCA would then mark those same vehicles as unsold at the beginning of the next month, according to the lawsuit. The practice is known as “unwinding” a sale. Unwinding is a normal practice for returned cars either when customers change their minds about their purchases or fail to get financing. 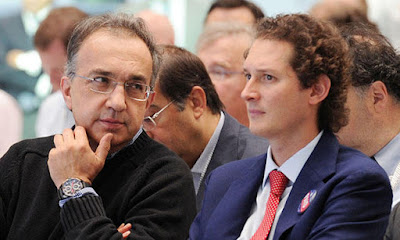 Business media in Italy suggest John Elkann already has an Italian executive in mind to follow Marchionne, suggesting that the FCA Chairman intends to play a more prominent role in the conduct of the company.

Elkann may be relatively young, but not without extensive experience, being brought up and trained by the ‘Agnelli Royal Family’. 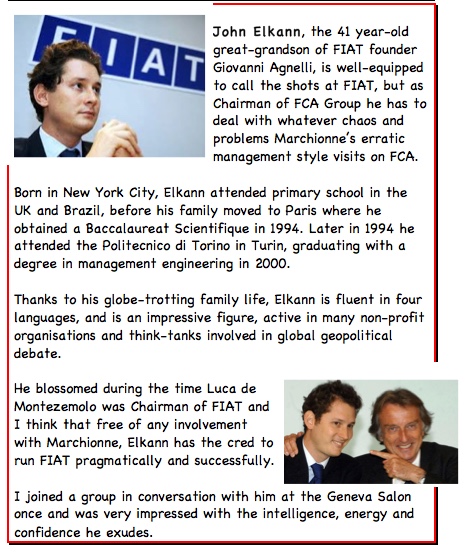 Posted by John Crawford at 9:17 AM