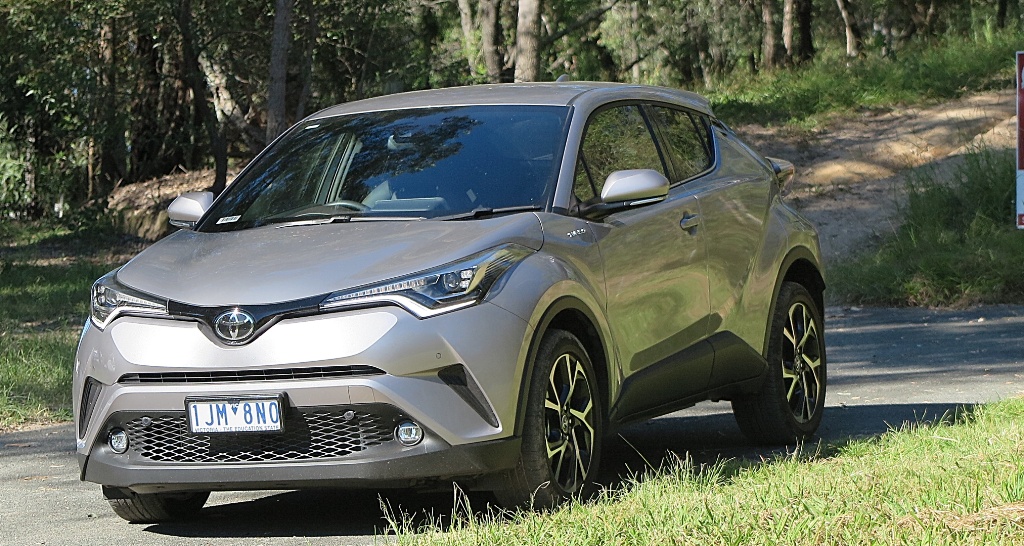 I finally got my hands on the wheel of Toyota’s ‘Sexy Diamond’ – which is how Chief Engineer Hiroyuki Koba describes the new C-HR. The styling is certainly attention-grabbing – I’ve had women aged from 20 to 70 stop to ask me “What is that? It’s gorgeous!” 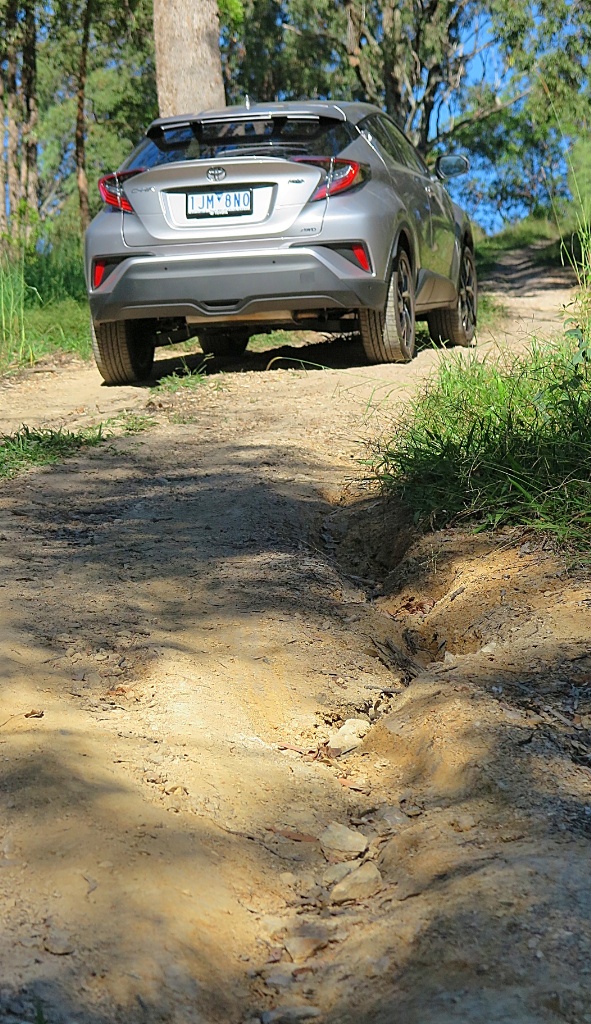 Okay credentials achieved; but what is it?

Well it may have an AWD badge; jacked up suspension and big wheels and tyres, but this ain’t no off-roader.

Over my rutted, hilly off-road track the C-HR struggled for grip on the more vertical inclines; and was not confidence-boosting when heading back downhill.

It’s no sportscar either; much to chagrin of the Chief Engineer; with a minimal 85kW coming from it’s turbocharged 1.2L engine, and the CVT transmission, it won't lay rubber.

However, it accommodates four comfortably, providing the rear seat passengers don’t need to see out the side windows. 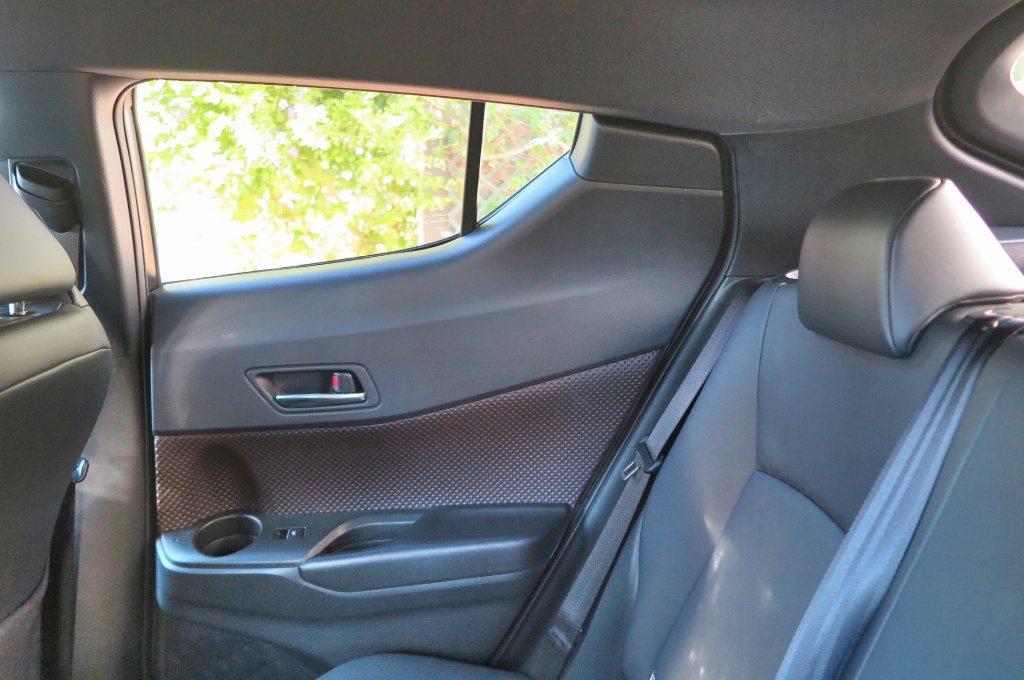 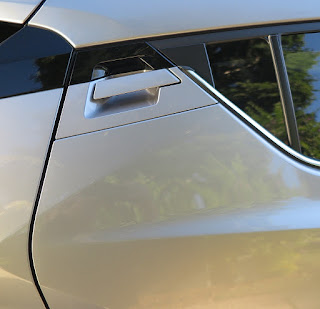 A 10-year-old passenger said: “This car isn’t very kid-friendly, is it?”

First, she was unable to see anything when strapped in, and second, when outside, although she could reach the door handle, she was too short to summon enough leverage to open the door. 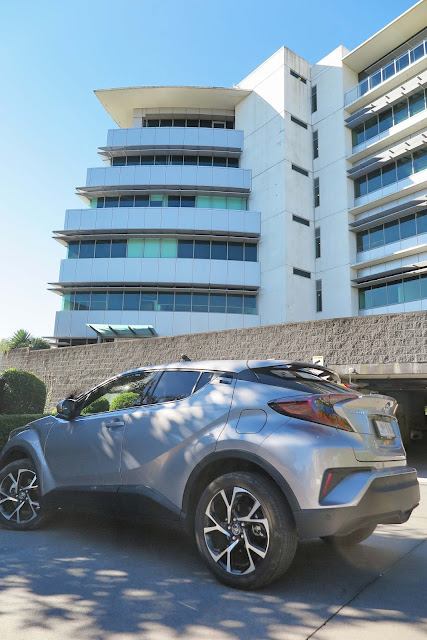 So, this means it’s a car for the ‘Metro-Millenials’ – and just who are they, I hear you say?

These are an urban breed – young, hip and stimulated by style and design. In that department, the C-HR has it all. Interior trim that’s sculptured, textured, boasting a subtle monochromatic palette plus more grooves, swishes and style-lines than you can count on two hands.

The exterior is all swoopy curves; stylized and oversize tail lamps; shark-mouth front visage and sexy LED ‘tracer’ lights when you lock and unlock the car.

Yep, the C-HR is a city car, and herin lies some truth about model spread and pricing. The car in the photos is a top of the line Koba AWD version, costing AUD$35,000+. The Koba package gives you AWD, a smart key, heated and cooled front seats and some other unnecessary flim-flam.

Go for the 2WD version with CVT at $28,000+ and you have all you will want from this Batmobile look-alike. All models have the same powertrain, and similar performance, and I’m certain the people who buy this little jigger won’t have any need for 4WD.

On the road however, is another story. Devoid of critiscm.

The C-HR is built on a new Toyota Global Platform (which we will see underpinning the next, all-new Camry), and it is very, very good. The ride, handling and general road manners are excellent. I can’t remember when I instantly enjoyed a sub-$40K car as much, within minutes of being behind the wheel. 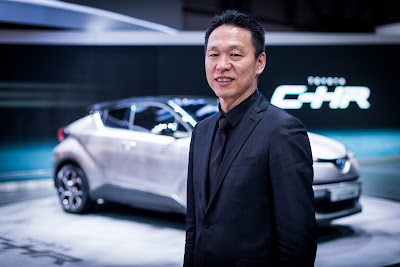 The work that Koba-san and his team have invested in the C-HR has paid off. The ride compliance has to be experienced, and despite the 85kW output on the spec sheet, the C-HR goes well, accelerating from the lights, touring, cruising or anything you can throw at it.

The CVT, similar to the one used by Suzuki, comes from JATCO and is an excellent unit. Well sorted, in terms of response and performance, it is a real pleasure to use. It certainly helps you make the most of the modest engine output.

The C-HR sits alongside two proficient competitors in the market here in Australia. The Honda CR-V, which feels dated by comparison - and the current big seller, the Mazda CX-3.

I'm not sure Toyota's new car has the chops to best the CX-3, but it's a formidable competitor, late to the party, but carrying a lot of attitude.

Any criticisms? Well, only two. The rear seat visibility is one; but my main beef with Toyota is that it refuses to embrace Apple Car Play and Android Auto. The company offers a very lame excuse when questioned. 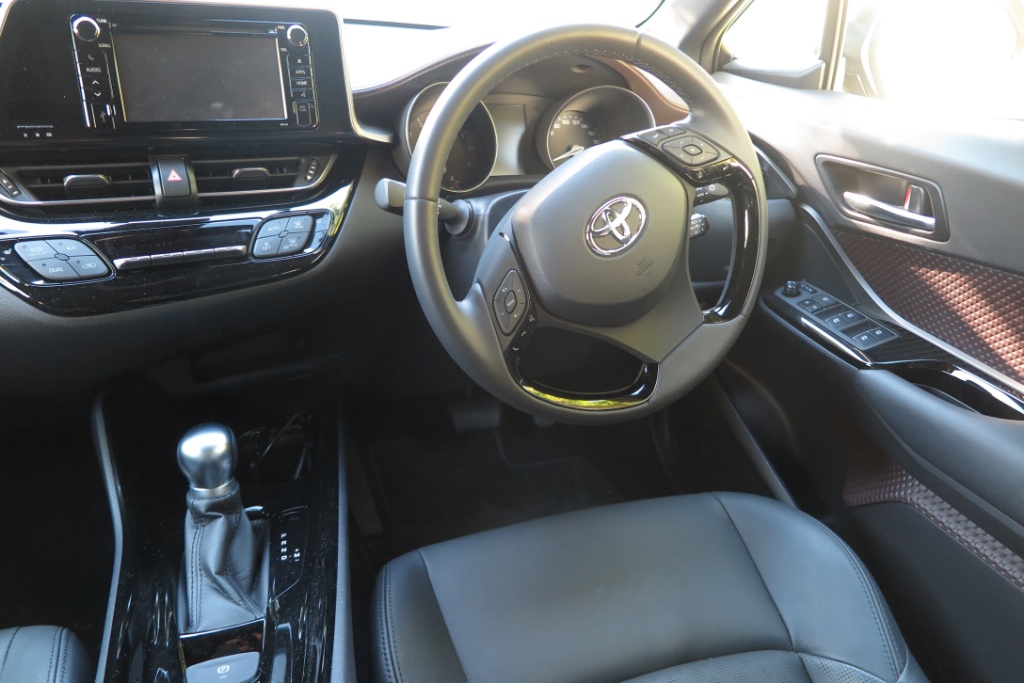 “We are working with Ford, to engineer a system like Apple and Android, but we get to keep the data.” Apparently, this is the big sticking point, with Ford and Toyota. They won’t use the branded apps, because they can’t keep and access the user data generated by owners.

My opinion is that Toyota and Ford have dealt themselves a dud hand. Get with the program. The existing head unit in all Toyotas, supplied by Fujitsu Ten is dreadful. It’s difficult to use, it’s not user-friendly at all, and the screen is tiny. Just suck it up and go with Apple and Android. 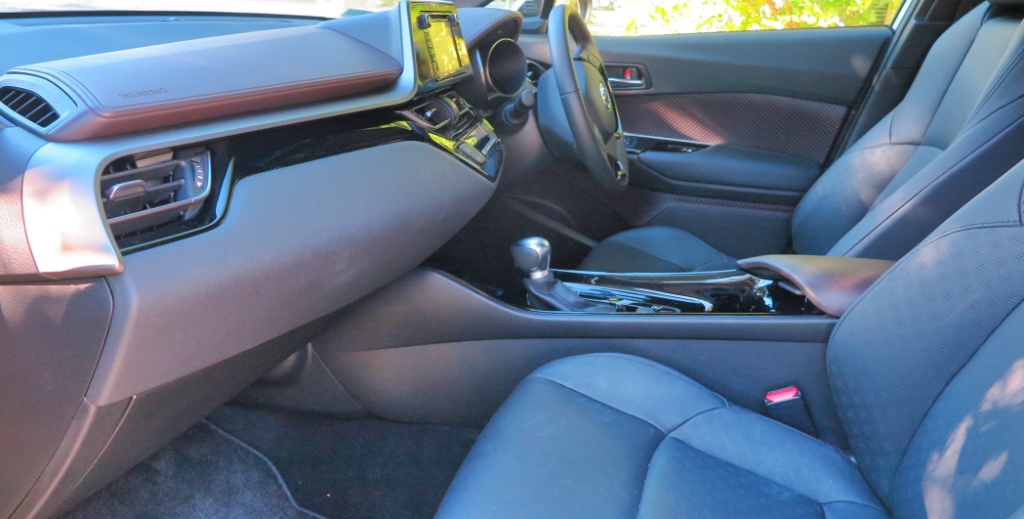 There’s no doubt the C-HR is a design departure from Toyota’s normal trajectory across the sphere of boring.

Mr. Toyoda gave the design team their heads. And, they kept them! In an unguarded moment even the boss has been heard to say he thinks it’s the best-looking Toyota he’s seen for years.

This, plus the new Camry recently released in the USA, bodes well for the Japanese giant.

Fancy discovering ‘sexy styling’ after all these years.

I think C-HR is definitely a car Donald Trump would like to pat on the bum.
Posted by John Crawford at 3:55 PM