According to Google Maps, it’s a two-and-a-half hour drive, from sleepy Cernobbio to the throbbing heart of Maranello, home of Ferrari. However, despite most of the drive being on autostrada, it takes closer to three. That’s why I took a train, pumping along at 250km/h.

The invitation to drive a Ferrari is not to be dismissed. I’m included in a small group of some of Europe’s most skilled and respected automotive journalists – the only people other than Ferrari test drivers (and F1 racers) whom Ferrari trusts with their sports cars. 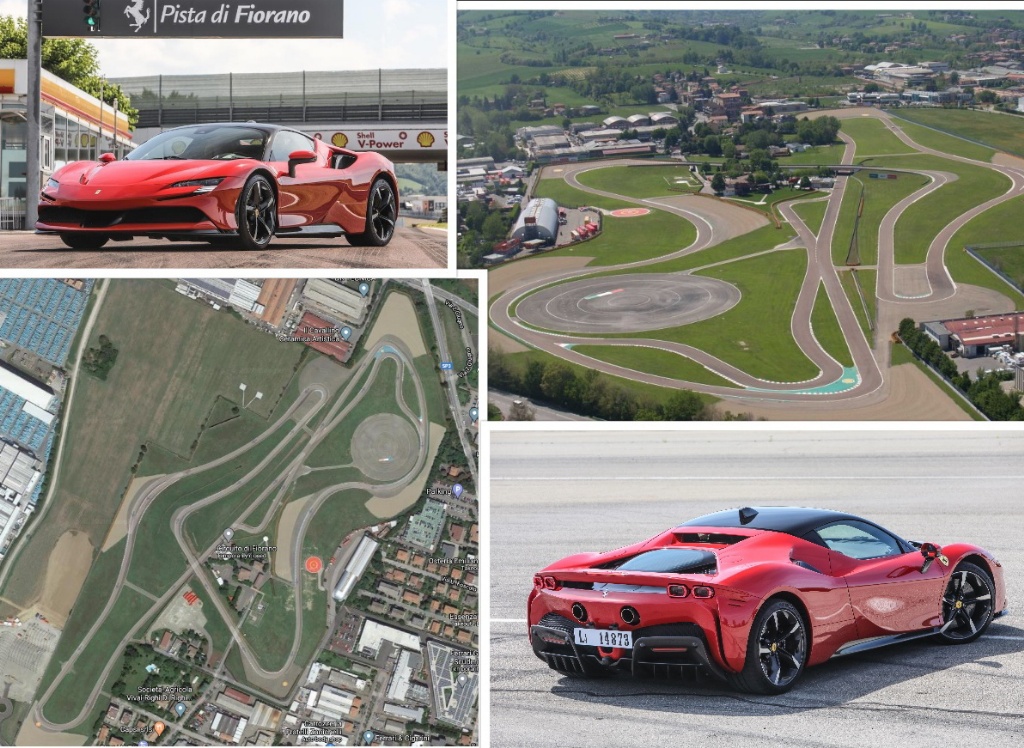 It’s raining when I arrive at Pista Fiorano today, and I don’t mean drizzle, I mean really serious rain. Will this detract from the experience? No. Everything is easier when the grip is limited and, besides, it was dry in the mountain passes.

Anyway, you always climb behind the wheel of a Ferrari with the intention of wringing whatever performance the conditions will allow. I have to find out what all those engineers have been doing for the past four years... 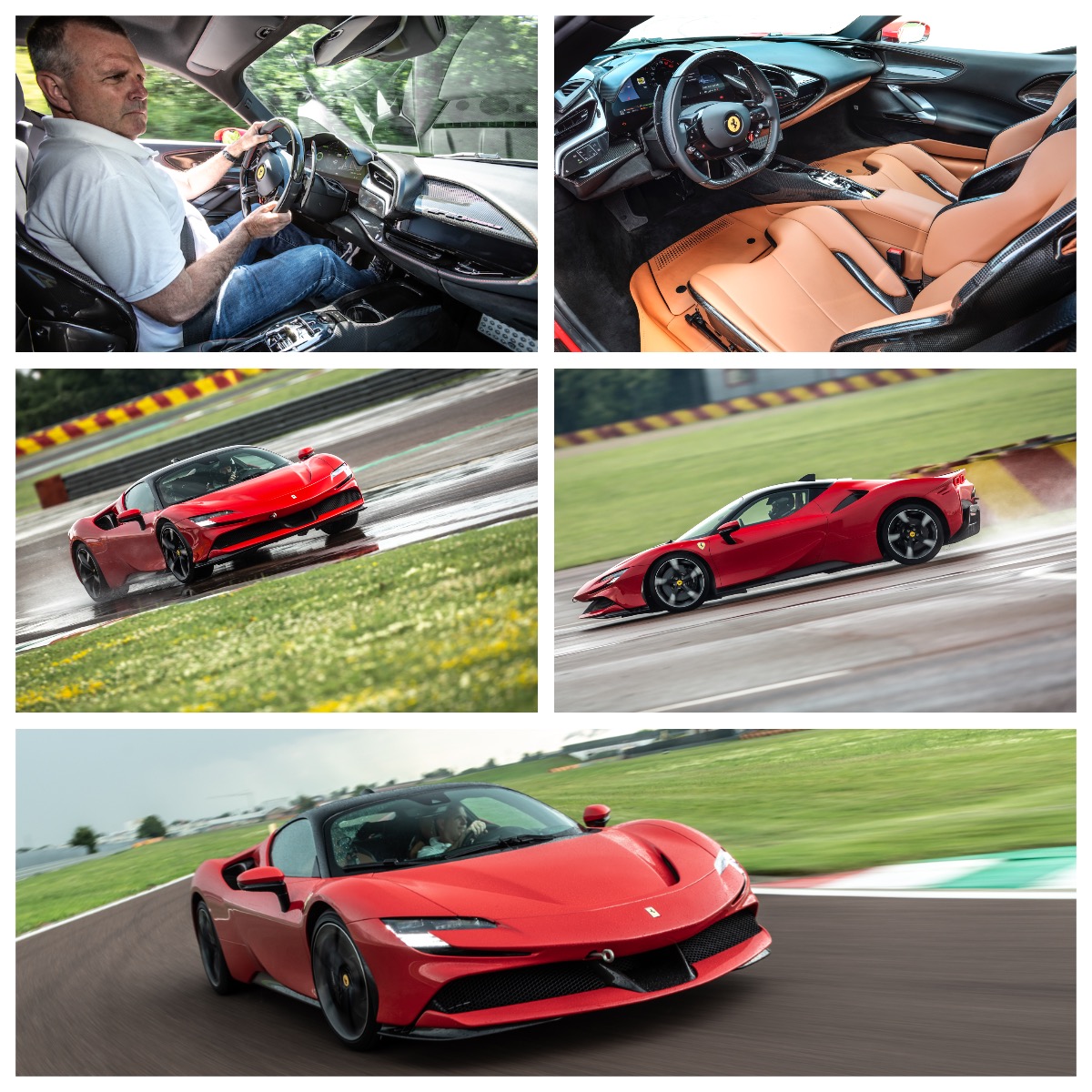 You slide down in to the Ferrari SF90 Stradale’s new carbon-fibre seats, examine its new digital dash, push the start button twice and... nothing. 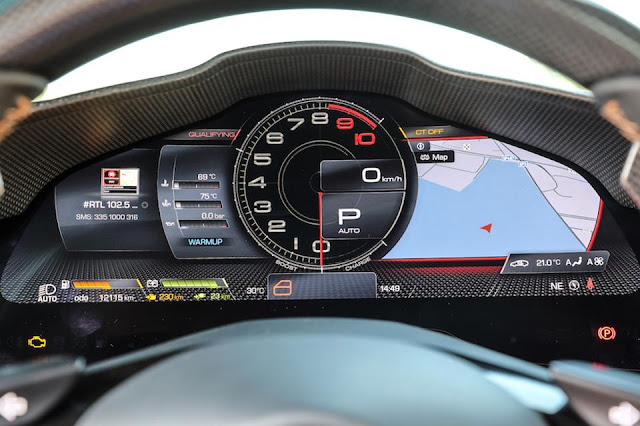 Not a single intake roar, fuel-pump whir or exhaust whoomp enters the cabin.

Which is very strange for a Ferrari brand that made its name on start-up theatrics, as much as high-speed cornering prowess.

The SF90 Stradale is just that kind of intriguing machine, though.

Four motors packed in to an evolutionary body style, capable of ripping to 200km/h in only 6.7 seconds and flying out to 340km/h, yet also capable of dawdling through city traffic as a silent, front-wheel drive EV, at least for 25km.

Yes, it’s a plug-in hybrid, but in a very Ferrari way, with one 162kW axial flux “pizza” motor jammed in between the upgraded twin-turbo V8 and another two 99kW e-motors up front – one for each wheel.

It has a new lithium-ion battery, with 7.9kWh of capacity and 180kW of charging capacity, and the entire hybrid system adds 270kg. 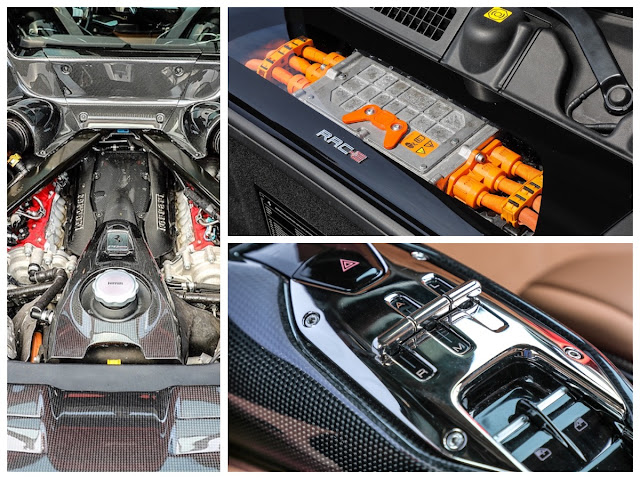 Put together, the four motors deliver 1000 horsepower, limited only by the battery’s output, with the 574kW/800Nm V8 doing most of the heavy lifting.

Amazingly competent as it is at low speeds, it’s even more impressive being driven quickly.

In its Qualifying or Race modes, the SF90 Stradale’s V8 works all the time, mostly twisting the eight-speed dual-clutch transmission, but also generating juice for the battery so those e-motors keep working.

The bipolar SF90 Stradale can cruise silently and serenely, then tear 100km/h to shreds in 2.5 seconds. It can ease past people without them noticing, or it can shatter the air at 8000rpm as it whips by.

The real genius is that the front e-motors supply instant torque vectoring, slowing or accelerating the front wheels to keep the car arcing impossibly quickly around corners.

Its abilities from the turn-in point to the apex of a corner are mind boggling and it takes the most difficult exercise in car craft and makes it a doddle for anybody brave enough to take the leap.

That’s lucky, because that V8 howl delivers you in to braking points with furious rapidity and long straights feel like tiny driveways.

And the 'pizza' motor fills in any holes in the V8’s torque curve, so that the urgency never dims. Ever.

The steering is brilliant, the braking is monstrously strong and the ride comfort is impressive for a Ferrari with this much cornering prowess.

Yet it’s imperfect, with a yawning gap between the EV character of the car and the go-fast stages, and it’s always a shock when the V8 wakes up to charge the battery when you’re driving in the hybrid mode.

Posted by John Crawford at 6:36 PM