We all remember the Lancia Stratos (well those of a certain age), penned by Marcello Gandini at Bertone, and launched in 1973, with a transverse Dino V6 producing almost 200hp.

As a lifelong fan of Lancia’s spirit of independence, and innovation I thought this was the most exciting car I had seen come out of Italy for quite a while.

The 1970 Stratos Zero concept by Gandini has been suggested as the inspiration for the Stratos production car, but my dear friend the late Graham Ward (right - probably Australia’s greatest Lancia expert) told me he asked Gandini about it, and the Italian maestro said the Zero provided nothing except an outline. 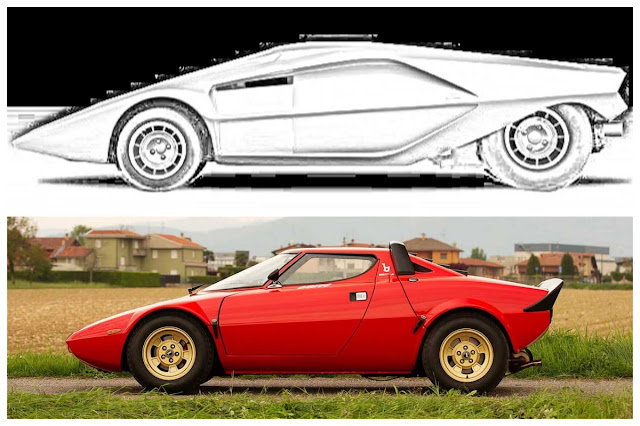 However, of the 492 cars produced, the mantle for the most exciting version went to the HF, which was used as the basis for Lancia’s rally car, driven by the great Sandro Munari. 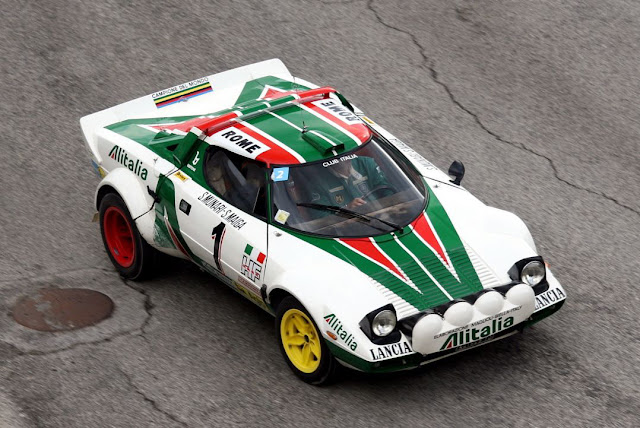 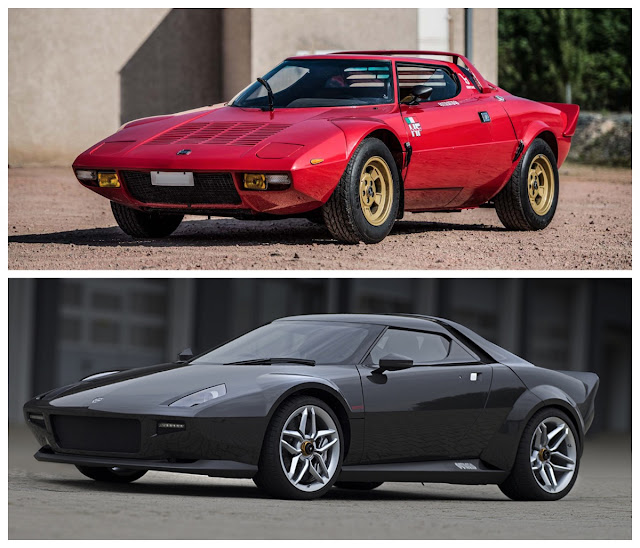 The new version may be bigger than the original Stratos, and almost 300kg heavier, but Stoschek says it delivers on every promise. The 4.3L V8 produces 542hp, and the car is roughly the same size as the Audi TT.

I have to say Garella’s design is beautifully resolved and executed, faithfully following the themes and leitmotifs of the original Stratos, which is one of Italy’s most elegant and purposeful wedge-designs to move from sketch to reality.

According to Paola Garella, his company Maniffatura Automobili has already received interest from potential Stratos customers, willing to donate their Ferrari F430. This is exactly the same process as my friends at Touring Superleggera in Milano operate on, producing ‘new classics’ from current models as donor cars.

I’m thrilled that the historic skills of the carrozzeria survive in Italy, continuing to bring us sublime automotive beauty.

Posted by John Crawford at 1:28 PM