THIS DODGE'S JOURNEY IS OVER - by John Crawford

The Dodge Journey is the complete conundrum for me, especially in regard to the history of the third of America’s ‘Big Three’. 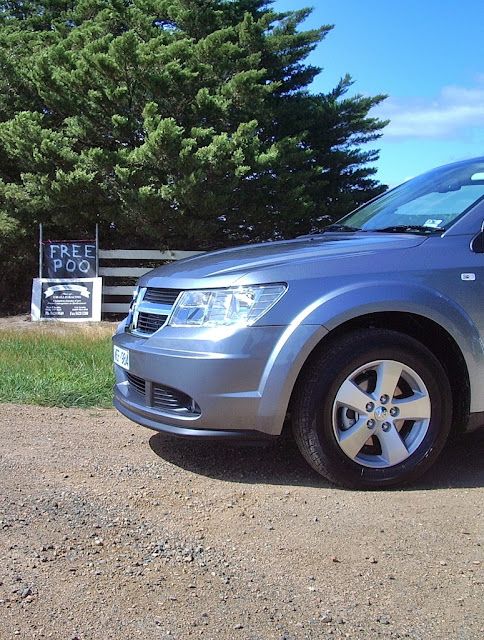 After more than 13 years, the Journey is now done.
It disappears from the production lines in August, but given the sluggish state of US car sales, they’ll probably be kickin’ around the showrooms for a while to come.

Despite my smartarse staging of this photo (right), when I drove the Journey in 2012, I was really impressed with what Chrysler had done with what began as a dog’s breakfast of platform sharing.

You’ll recall the ‘Merger of Equals’ in 1988 when Daimler Benz AG ‘acquired’ Chrysler. At the same time Daimler had almost swallowed up Mitsubishi Motors.

What followed was a hurried confluence of platforms from the various companies to produce new models, which included a new Mercedes-Benz SUV (the ML) which shared a platform with the then current Jeep Grand Cherokee.

The Daimler-Chrysler AG entity lasted only nine years. In 2007 Daimler Benz AG sold its majority stake in Chrysler to Cerberus Capital, but before that even more platform sharing was happening. The Dodge Journey is a prime example of what happens when there is no coherent product plan. But, for once it worked out.

The Journey was designed by Ryan Nagode to sit on the platform of the GS Mitsubishi Lancer which was the basis for the Japanese company’s giant-killing EVO, or Evolution X, designed by my good friend Peter Arcadipane. 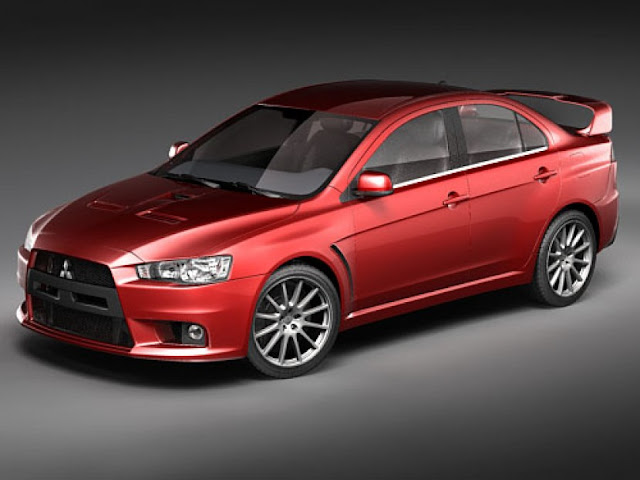 However, after the initial decision for the new Dodge crossover, the platform was twisted every which way and ended up also being the basis for a range of truly awful automobiles from Jeep and Chrysler. As this photo collage reveals, the platform took on various codes (JC, JS, MK and PK), all derived from what most Chrysler engineers called the least crappy platform, the Mitsubishi GS. 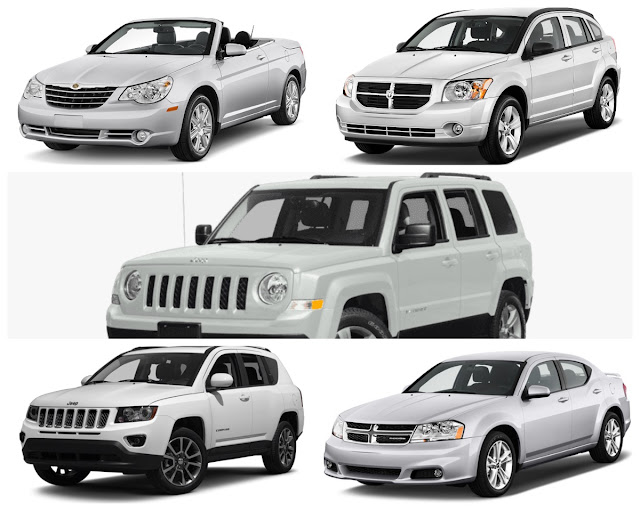 The cars included the Dodge Avenger, Caliber and Chrysler Sebring, plus the Jeep Patriot and Compass.

Chrysler wanted the Journey to be all things to all buyers, which of course creates fertile ground for compromise, where nobody gets what they want. Chrysler’s major focus was on value-for-money, and planned to undercut all its competitors on price.

However, when you assemble all the components of a car, they all have an individual pricetag, and by the time you bundle them, you end up having to make some significant compromises when it comes to pricing. 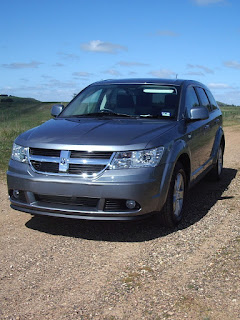 The Journey’s biggest albatross was the ‘base’ car. To get the price down, the base model featured a 173hp (129kW), 2.4L four-cylinder petrol engine, which had a real hard time hauling the 1724kg crossover – and don’t even think of hitching up a trailer or a caravan. When that happened, your journey was accompanied by the distinctive aroma of a burning clutch plate!

Enough of the panning and ridicule. Inside the Dodge Journey, it was a design tour-de-force. The interior design team made up for most of the compromises by including such a wonderful array of thoughtful touches, storage innovations and practicality, that you should have bought it on that basis alone!

To list just a few: the cushions of the front seats were front-hinged and when lifted up revealed a trimmed, secret compartment for valuables; the glovebox has a chilled compartment for drinks; there is a wide-angle mirror which you could pull down (to keep an eye on the passengers behind you); there was a standard in-car entertainment screen in the roof panel; and under the floor of the rear passenger area were two compartments large enough to qualify as an ice-box. 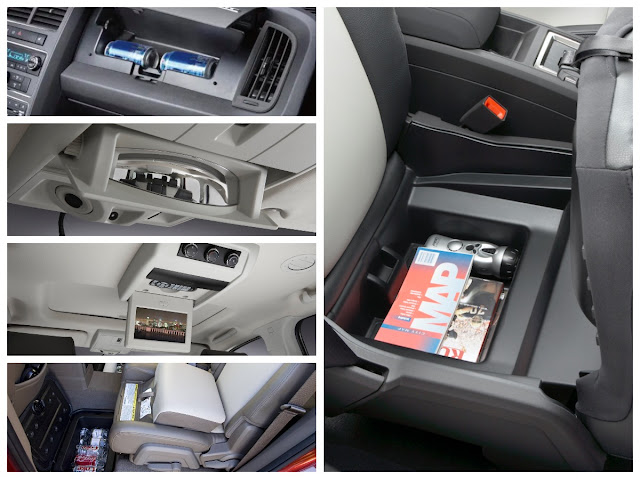 In addition to all this, the second and third row of seats were able to fold completely horizontal, providing a flat floor which allowed you to carry items up to 2.5m in length!

There was an expensive powertrain option, which was a 235hp (175kW) 3.5L V6 with a slick six-speed torque converter automatic. Nonetheless I think Chrysler's all-things-to-all-people car was an accomplished success.

After being dumped by Daimler in 2007 Chrysler hobbled along, borrowing money from any finance outlet willing to trust it. All of Chrysler's cars, Jeeps and trucks, people movers and crossovers were ageing rapidly, and once the FIAT acquisition occurred in 2014 there were some weird cars carrying FIAT and Lancia badges. 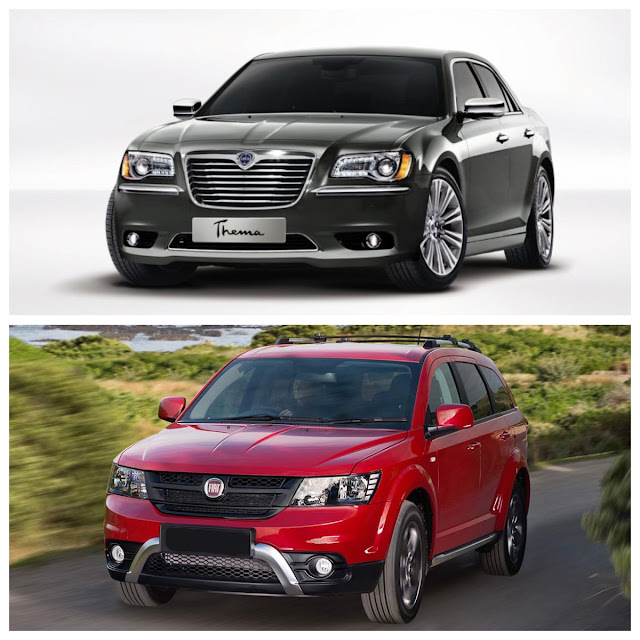 There was the ‘new’ Lancia Thema.
However, that turned out to be a re-badged Chrysler 300C. But, one of the more successful re-badgings was a version of the Dodge Journey, called the FIAT Freemont.
Only being available with a modest 2.5L diesel and 4-speed auto, the Freemont was nonetheless successful in Italy. It was a great family car.
Despite this burst of sunshine, Chrysler’s U.S. models became tarnished by sloppy assembly, cheap materials and shoddy workmanship along with poor paint durability.

I sincerely think the Journey was a high spot for Chrysler, but it’s one of too few. When it was the third of the Big Three, it competed equally against GM and Ford; but gradually as management hubris set in, and money ran short due to rapidly falling sales and loss of market share, Chrysler gradually lost its status as ‘BIG’, by any description.

To be fair, the company's American workforce were battered by its dramatically falling sales and status in the US market, and the 'takeover' by Daimler AG. This was a dispirited company, with badly-damaged workplace morale.

The now decrepit Italian-American car company looks like pulling off a major rescue of itself, by ‘merging’ (there’s that word again) with Groupe PSA. However, as I forecast when I wrote about the Peugeot-Citroen takeover, don’t expect to see many indigenous Chrysler models being retained.

The ‘new’ Chryslers that do appear will be built on PSA platforms, and I predict quite a few brand badges will just disappear. Really, all Groupe PSA wants from the deal is access to Chrysler’s US dealer networks, to save it the heavy cost of re-entering the American market, oh, and the Jeep brand!

So why am I writing about an ageing, and an about-to-be-discontinued Chrysler vehicle? For me it highlights the fact that occasionally in the car business you come across a vehicle that is more than the sum of its parts, and I think the Journey is such a car. A good car emerged from between the cracks.

The handling was predictable, the ride comfortable, the fuel economy was acceptable (providing you weren’t towing anything), the price was very competitive, and like all American-made trucks, it coped easily with Michigan winters! 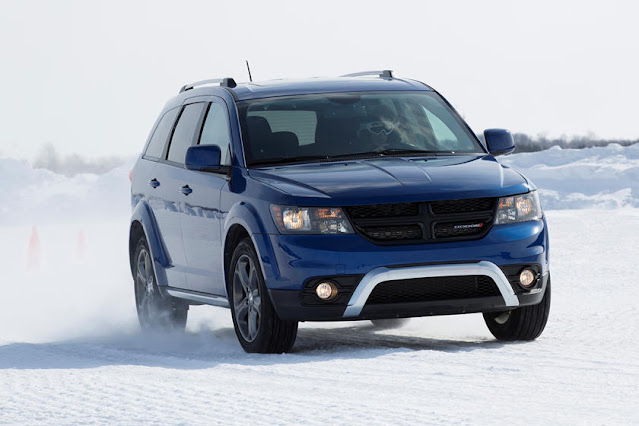 All this from a company with two left feet which has produced some of most awful, retrograde products, and only barely survives thanks to Jeep, and RAM trucks. 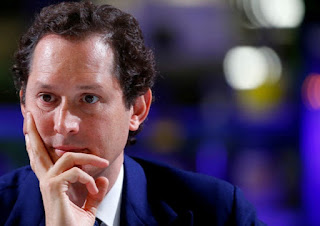 I’m sure there are nights when FIAT Chairman John Elkann wakes from sleep, realising that the nightmare (acquiring Chrysler) is real, and has really done nothing to help the Italian car giant.

Maybe though he sleeps better now, knowing the Groupe PSA deal will go through, and at last FIAT may be able to assemble a range of well-specified and well-priced passenger vehicles, after a long period of serving up some truly pedestrian cars.

For example, the basic FCA Small Wide Platform (FIAT Tipo) was originally developed by GM in 2005!

I think the only bright lights were the FIAT 500, and the FIAT 124 sports car. That's a thin thread for an automotive colossus (?) to hang and survive on!