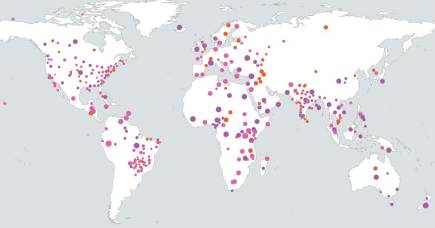 The global pandemic caused by COVID19 has dramatically re-shaped the worldwide car market, and Australia has not been immune to the rapid shift in market forces, and re-setting the balance between new and used car sales.

Leading Australian motor industry news source, GoAuto News, this week reports three separate changes in the Australian market, which individually may not seem significant, until the ramifications are wrapped together to reveal the extent of how the selling of cars is rapidly changing.

As sales of new cars have dived to record lows, and car companies begin thinning out their model ranges, to focus just on the models which are selling, sales of used cars, and used vehicle support services are showing a dramatic rise in importance. 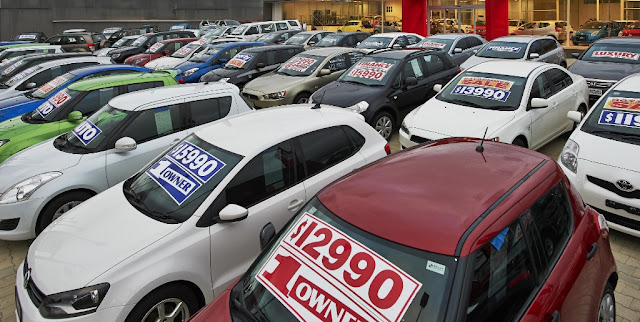 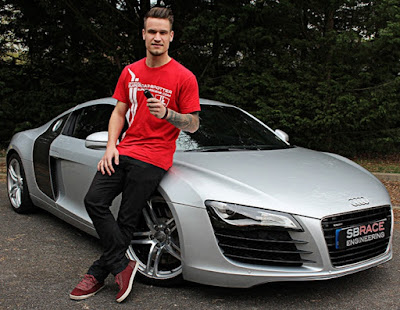 You can also forget about weekly motoring news, because most automotive writers are still looking at the automotive scene with rose-coloured glasses, dazzled, and focussing on driving and writing about irrelevant supercars, hypercars and glamourous European imports (which are competing for dwindling new car sales), and are ignoring the more practical aspects of the changing market.

In no particular order, here are the key changes driven by renewed interest in sales of used cars. They fall into three categories – sourcing, salvage and transport.

First – sourcing. Due to the pandemic job losses continue, income levels are falling, distances travelled are dropping, and affordability, become paramount drivers of the shift to used cars. This is driving demand to new highs, and many dealers are having difficulty just getting stock of quality used cars. 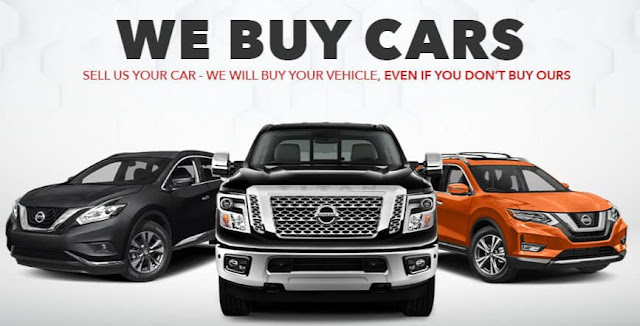 Where once, your trade-in vehicle would rapidly be despatched to the dealer’s favourite wholesaler, the demand for quality used cars, now sees dealers inviting car owners to bring their cars to dealerships, so they can re-evaluate the re-sale value of trade-ins. Cars are being bought by dealers from owners who no longer have need for their car, or simply cannot afford to keep it.

Second – Salvage. This is a hitherto unknown shift in the value of cars which are not considered good enough quality to be resold, and are sold off for salvage value. But even this activity is now under macro-focus. Whilst most of us imagine vehicle salvage as a mountain of discarded cars, being picked up by a crane and dropped into a ‘crusher’, a series of new steps has changed the whole image of salvage. 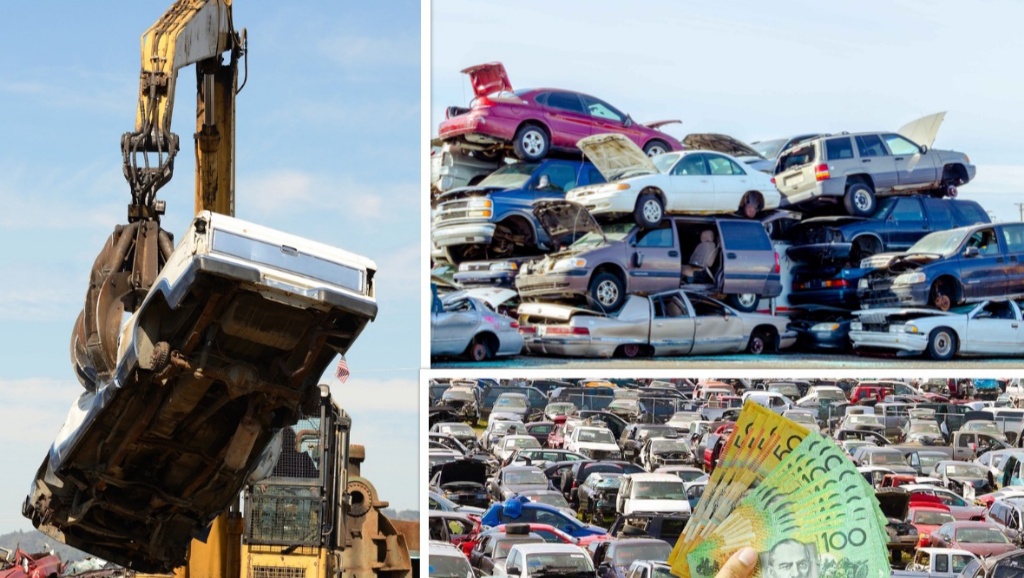 According to GoAuto News, the sales values of vehicles discarded for salvage are peaking dramatically, in some cases close to 50%. Salvage companies are now finding that recovering still-working parts from cars has become a valuable new income stream – so instead of going direct to the ‘crusher’, vehicles are stripped of still-useful, and readily-saleable items like engines, transmissions, suspensions, steering, electrical components, and in some case undamaged body panels, in far greater numbers than previously. To be fair, this has long been the case, except now, the scale has increased dramatically. 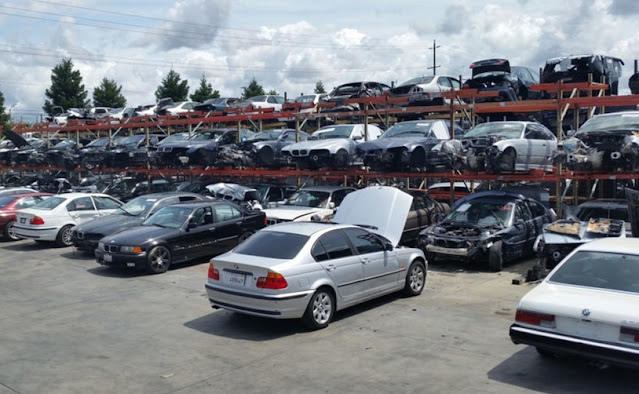 These components are being sold into the ‘used’ spare parts market, or are sold to private buyers who may need to replace a component, but demand a less-costly price than brand-new original equipment (OE) parts; or to assist in building up a restored special vehicle, such as a classic car. 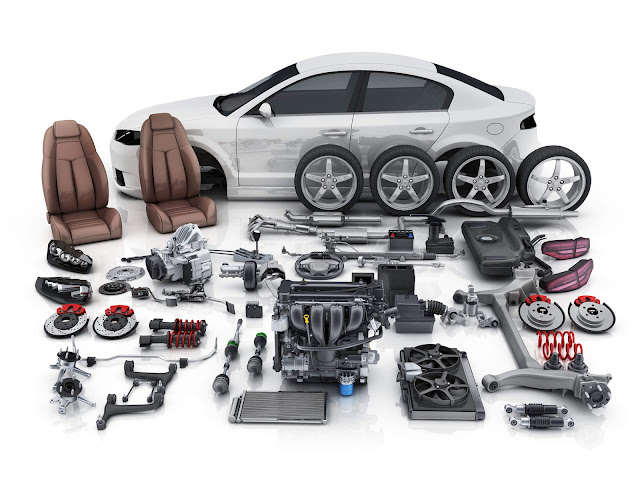 Third – Transport. Australia’s leading vehicle transport company, whose business to date has been simply moving new imports from the docks to the dealers, or interstate from one dealer to another, have discovered that once the new cars are unloaded, their empty trucks have the ability to ‘back-load’ used cars to move them intra or interstate. 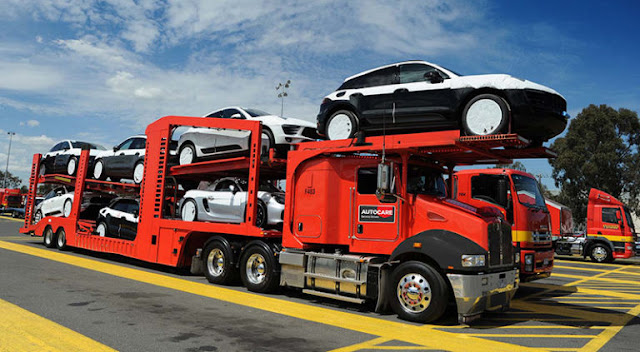 The huge increase in demand for quality used cars is driving a burgeoning used car market, and dealers around the country are trading in a rapidly-expanded wholesale market. These vehicles have to be ‘moved’, thereby creating a new income stream for the vehicle trucking companies.

So, if all this additional revenue growth is assisting disparate sections of the overall car market, especially the used car segment, and life is all about ‘Yin & Yang’, where is the loss being felt? 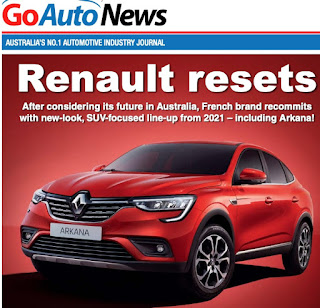 At this stage, even though falling new car sales have somewhat plateaued, the numbers are still down dramatically, and we are seeing new decisions by car companies on an almost daily basis on how they structure and price their model ranges.
In particular, passenger cars are disappearing to be replaced by crossovers and SUVs.
Restructuring in dealerships around the country is marked by staff layoffs for some, and unspecified furloughs for others.

Also, as new schemes such as jobseeker and jobkeeper have come into effect, the cost of those programmes are passed directly on to taxpayers (as these job-retaining subsidies come directly from the federal treasury). 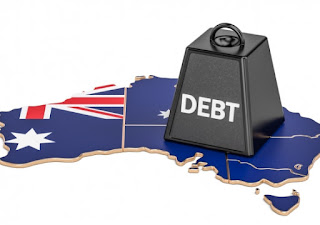 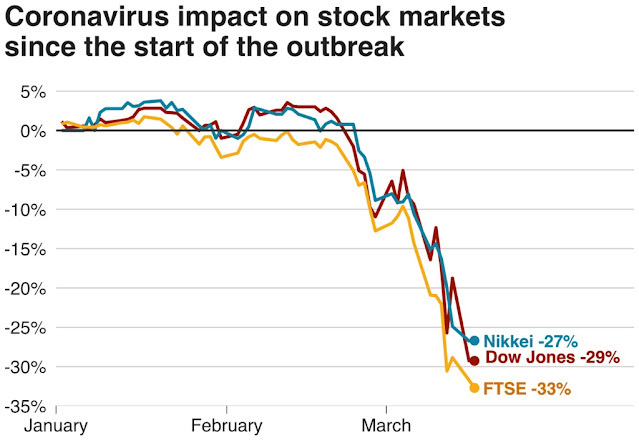 This pandemic is going to cost us all - big time!

And, at the moment - there's no end in sight!

Posted by John Crawford at 2:48 PM