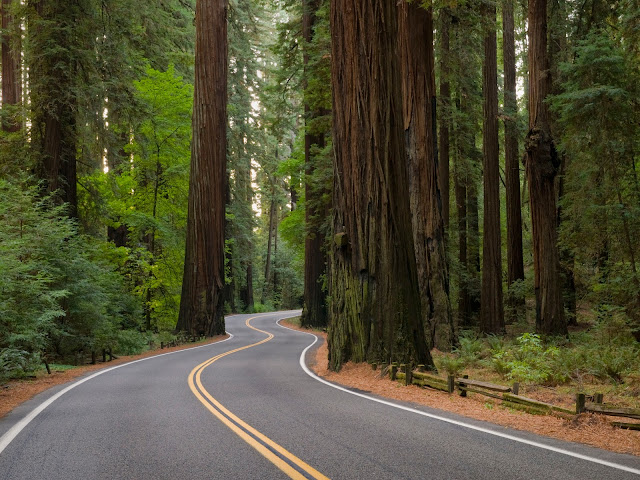 The totality of this epic drive is just short of 1700 miles (2736km), from Seattle, Washington, to San Diego, California. It’s regularly on the bucket lists of tourists who want to drive the coastline of the extremities of the western frontier, when the New World was discovered and populated by Europeans in the 16th century. 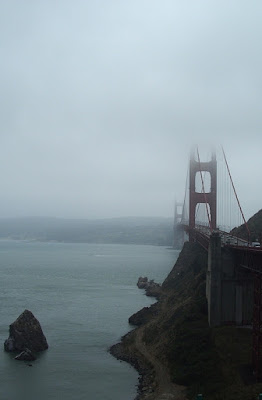 The early section includes the tall and stately redwood trees, which are truly worth experiencing, but maybe on a separate journey.

I’m going to concentrate on the section from San Francisco to Santa Barbara, because my Great Drive includes a section not many people even know about, which adds both majesty and variety. 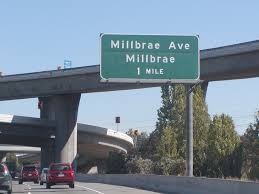 Let’s say you are departing from San Francisco. From the famous Golden Gate bridge take Route 101 south (the main highway between San Francisco and Los Angeles), and travel until you reach SFO, and see a sign pointing west towards the town of Millbrae, and Millbrae Avenue.

After you pass the Lower Crystal Springs Reservoir on your right, look for signs to Half Moon Bay, and Route 92. At this point you can go straight ahead for a pit stop in Half Moon Bay.

Despite the romantic moniker, it's just a huge Ritz-Carlton Hotel and a great golf course atop the cliffs looking out to the Pacific Ocean.

However, if you’re after a fun drive then shortly after Route 92 West dips and then climbs sharply, you must not miss the next turn, which is off to the left marked as Route 35 (Skyline Boulevard). 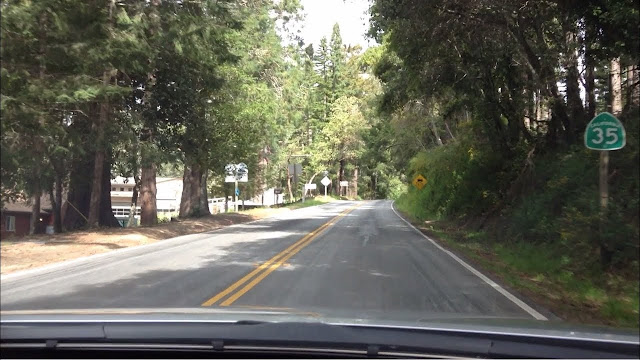 This is my secret section, and for the record is nowhere near the coast, but it runs along a steep ridge through temperate rainforest, stands of tall trees and tiny hamlets. It's a beautiful drive, and the road itself is a driver’s dream as it sweeps and swoops high above the surrounding localities. 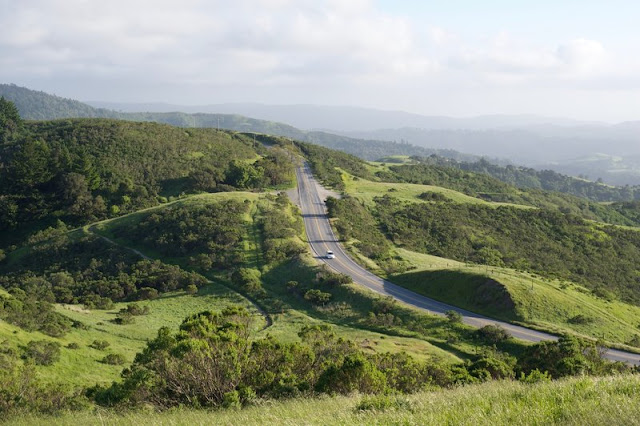 Follow Route 35, until the junction with Route 9. This road emanates near San Jose in the east, but after it crosses Skyline Boulevard, it descends through twisting curves toward the west coast and Santa Cruz.

A good place for a pit stop is Boulder Creek, a tiny town which looks like it hasn’t emerged from being a wild west town.

The wide main street is lined with traditional shops, gas stations and restaurants, and the overwhelming vehicle type is the now-ubiquitous pick-up truck.

When you reach Santa Cruz you’ll realize the only reason for any fame it enjoyed was because of the waves, as a prominent surfing hangout when the Beach Boys were crooning surfie songs.

Santa Cruz sits on the northern limit of Monterey Bay, and it’s here you’ll join Route 1 (the Pacific Coast Highway) and drive through some pretty boring scenery until you reach Castroville – then look out for Route 156, which is just a shortcut to the continuation of Route 1 (PCH).

This is where you join the coast, and the rest of your drive never drifts far away from the surf and sand after that. You pass through Marina, Sand City and Seaside before you reach Monterey.

Monterey is worth a stopover, for as many days as you can spare. Originally a fishing and cannery town, it’s now a hub for tourists, with a lively cultural scene, a great Aquarium and home to flocks of fur seals. 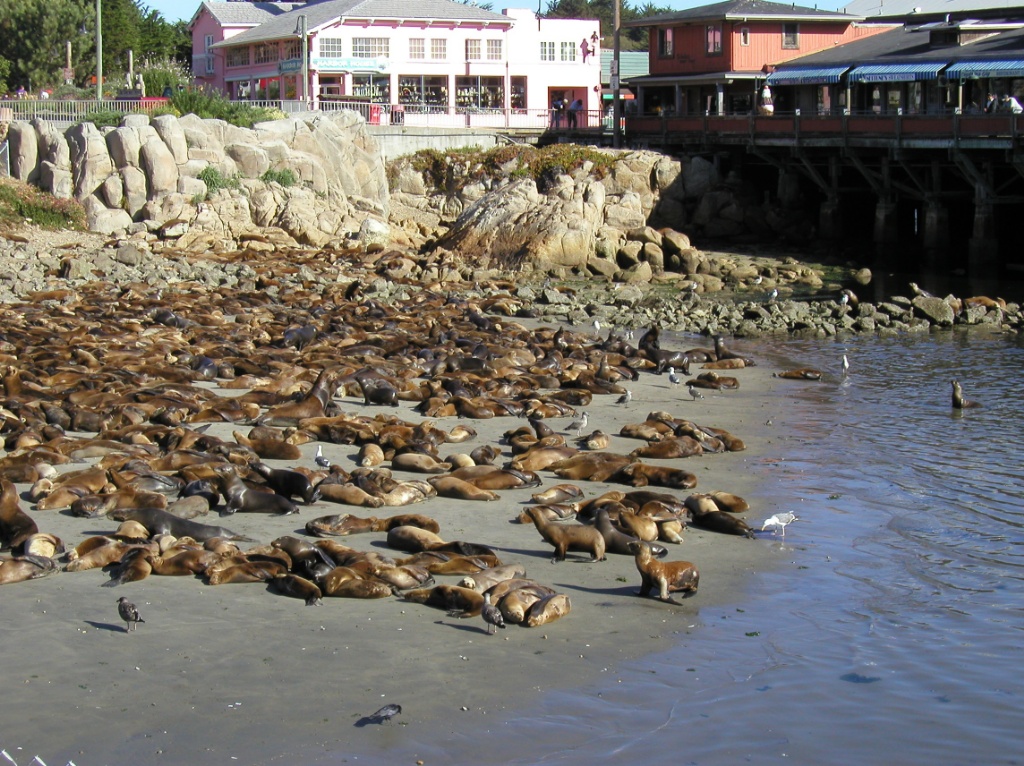 It's certainly possible to justify four days, at least. You can drive a short distance to the beautiful town of Carmel (that’ll fill a day); You can also sample the famous 17 Mile Drive, with spectacular oceanviews and the 'Lone Pine' (right).
Next day you can drive out through the Carmel Valley (on G16).
To make a loop, you can take G17 after you pass Fort Romie and Mission Soledad, and this will take you all the way through fields of fruit farms, running alongside the Salinas River until you reach the junction with Route 68. Take a left, and this takes you directly back into Monterey.

If you’re done with Monterey, pick up the PCH and head south towards the Big Sur. 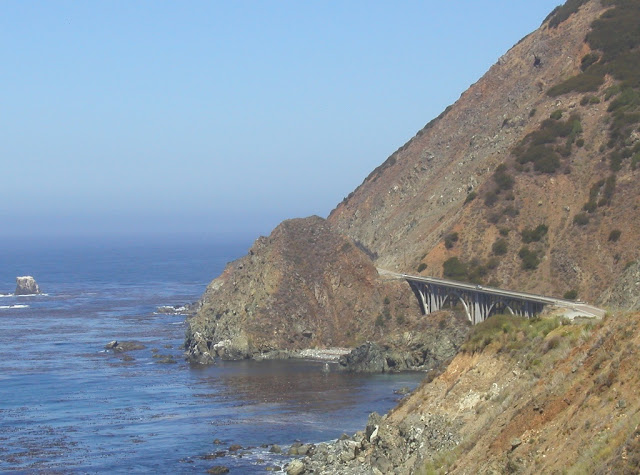 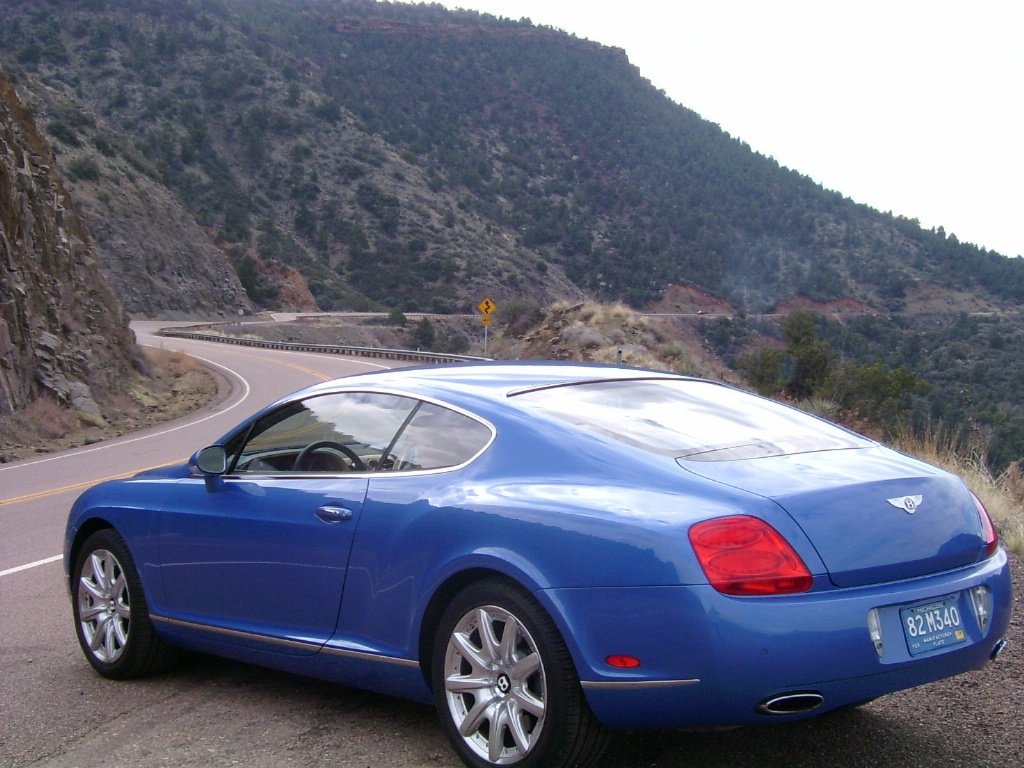 After that it’s a memorable coastal drive (heavily populated with tourists), until you reach Morro Bay, and turn east towards San Luis Obispo. At this point you have to rejoin Route 101, but only until you reach the town of Arroyo Grande, where you pick up the PCH again.

From there the PCH is inland until it rejoins Route 101 at Las Cruces. At this point you have an interesting choice to make.

Before heading into Santa Barbara, you can take a left, and head back north on Route 101 until Buellton, then take a right and head into Solvang.

Solvang is one of those unusual communities which pop up in various places in the USA. It was founded by Danes, escaping religious persecution, and now it’s like ‘Little Denmark’. It’s quaint, a bit kitsch, but certainly worth a stop if you like Danish cuisine. 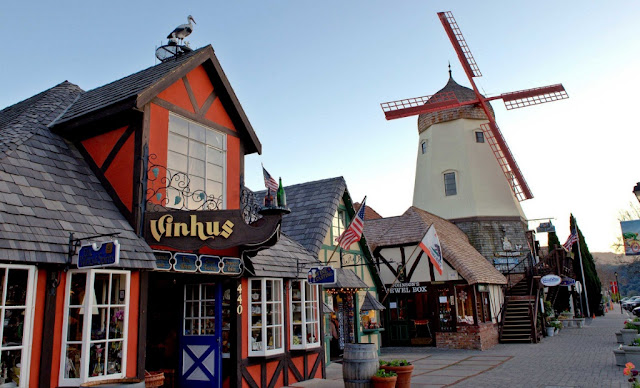 Back on the road and the PCH shares its highway number with 101, and leads you to one of the finest cities in America, Santa Barbara. I’ll not be surprised if after exploring the town and surrounding areas of Mission Canyon and Montecito, that you may have decided you could happily settle there.

You could do worse than check yourself into the luxurious Bacara Resort, for a few days of R'n'R. 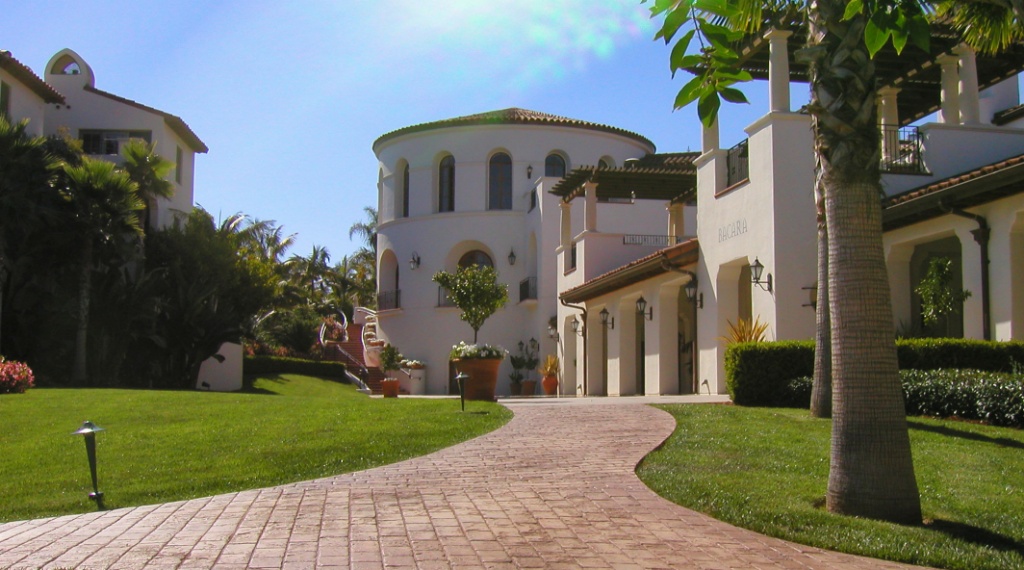 Of course the PCH goes on from here, through Los Angeles ending in San Diego, just short of the Mexican border. 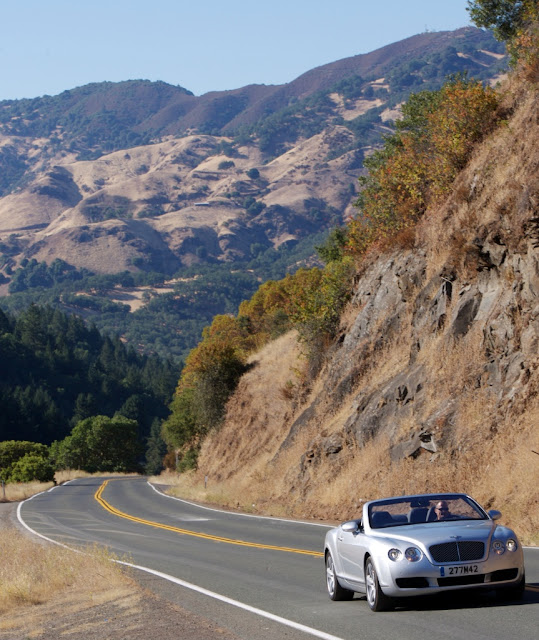 I’m not sure I’d rate the LA-San Diego section a 'Great Drive', but the areas it visits hold a lot of interest for US citizens and tourists alike.

Posted by John Crawford at 9:40 AM