Roads loaded with pocket battleships like the Mercedes-AMG C63, BMW M3 and Audi RS4 make it hard for the Genesis G70 to shine.

Most people don’t even know that it exists.

But the Korean contender is a car that is far better than you might expect from Hyundai.

It’s a smooth compact in the prestige class, with the same responsive, turbocharged V6 engine that helps the Kia Stinger to shine, and the same sort of driving dynamics as the old-school BMW 3 Series, plus a full suite of luxury gear.

The G70 was the second Genesis model into Australia, following the larger and stodgier G80, which found most of its friends among the country’s hire-car drivers. They enjoyed the space and smoothness, as well as the five-year warranty and service package that was the same as the one for private buyers.

Not many Genesis have been sold over the past year, but that’s not down to the car.

Genesis took a unique launch path without traditional dealers, focussing on an inner-city showroom in Sydney that was more like an art gallery. It looked impressive but it’s not the way Aussies like to find and test their cars, and so the G70 has become a hidden gem. 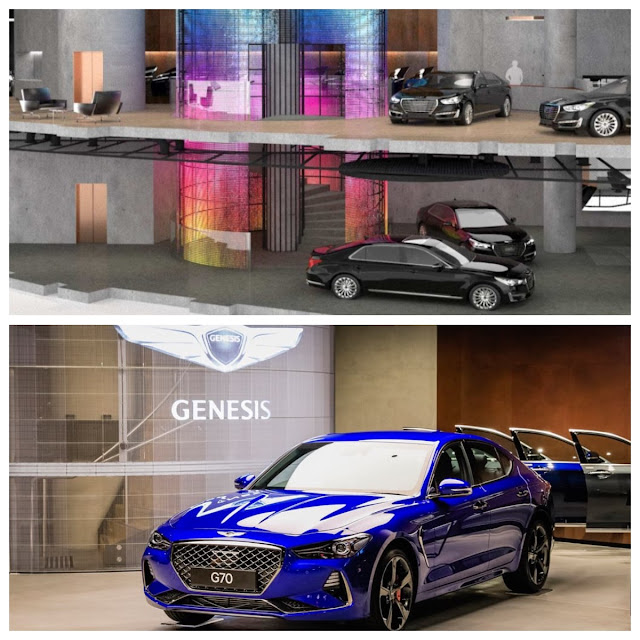 It’s deliberately pitched into the historic prestige heartland where the BMW 3 Series usually ruled, until Audi went all glam, and Mercedes arrived with its sledgehammer C63 as a headliner and backed it with a brilliant compact Benz CLA.

Genesis executives know the best place to conquest a prestige buyer is at the bottom end, since they are usually welded to a brand by their late forties, and the G70 picks up that theme.

The G70 family starts just below the psychological $60,000 barrier, although my test car is the fully-loaded 3.3-litre turbo that takes it just short of $80,000.

The local Genesis team needs to get much more foot traffic in its glamourous upscale 'studio' in the heart of Sydney, but then, as my friend and branding expert John Crawford, (who has done this very successfully for both Jaguar and Bentley in the USA) says: "Genesis needs to arrange a lot of dynamic drive days in a tightly-controlled environment, like Sydney Motorsport Park, so that the car's real driver appeal shows through." 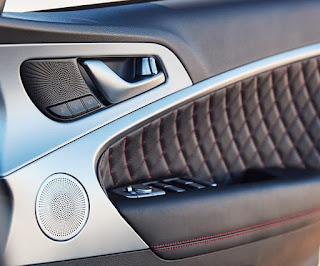 Apart from the well-focussed driving package, the Ultimate Sport model gets a sunroof and great leather, along with all the other luxury stuff, as well as sports suspension, big brakes and alloys, with Michelin tyres.

I have driven the G70 a few times, starting with a surprising – for me – sprint through the northern Californian foothills during the Monterey Speed Week. The car is better than I expected, almost as good as I had hoped.

Back home in Australia, and with the Stinger as a benchmark, the G70 impresses as a sharply-focussed driver’s car with the value I expect from Korean carmakers. The difference from the Stinger is that the Kia is more of a family cruiser car with a sporty strike, while the G70 is a taut four-door for driving.

So, when the opportunity opens for a revision drive in the G70, from the Queensland border to the harbour city in Sydney, it provides plenty of fresh perspective. 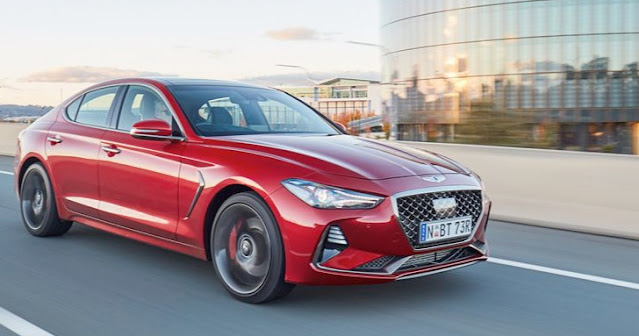 Lots of cars seem good when they are close to home, but hit the highway and the seats get grumpy, the lights go dim, and there are shortcomings and frustrations you never notice in the ‘burbs.

These are the conditions when ordinary cars become very ordinary, but good cars prove their value.

The G70 is parked on the positive side of that fence.

It’s a lovely companion for a long-distance run, with everything from supportive seats to that twin-turbo V6 with the punch to knock out any overtaking challenge. The fuel economy is good too, for its position, at 8.4 litres/100km. 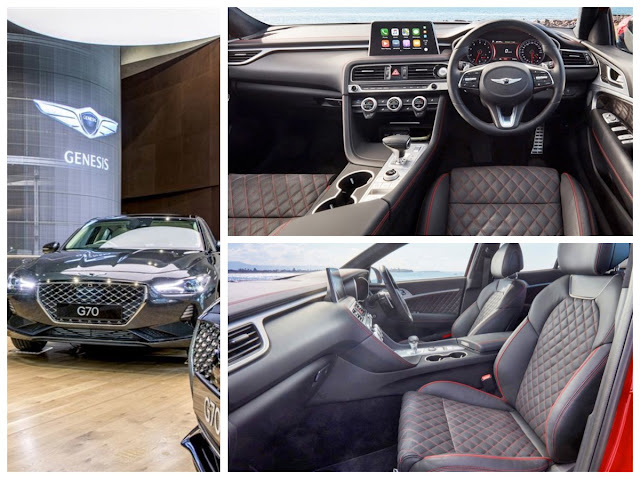 The lane-keeping assistance is annoying and intrusive, but there is also an excellent ‘coasting’ feature which saves fuel – and money – on long downhill stretches. I’m not convinced about the driver-fatigue reminder, which keeps telling me to stop and take a break. Have the Genesis engineers missed the creation of Red Bull?

It’s a complete package that is well engineered and well finished, and although Genesis is the upscale spin-off from Hyundai – did I forget to mention that? – there is not a single Hyundai badge on the car and it feels nothing like the i30 or impressive new Venue city-focused SUV.

It’s a car which can get up and go on any road, with particularly taut responses in twisty country conditions, and is a relaxing long-distance tourer.

I have the proof, from my interstate run and just on that experience, without all the other good news, I’d be happy to recommend the car to my best friends.

The resale is unproven, and it faces some of the toughest opposition in Australian showrooms, but the Genesis G70 is a car that definately deserves a closer look.

This story first appeared in www.race.news