Yes, the famous Stelvio Pass, probably best immortalized these days by the crew from Top Gear, who have driven it several times, and once named it THE best drivers’ road. 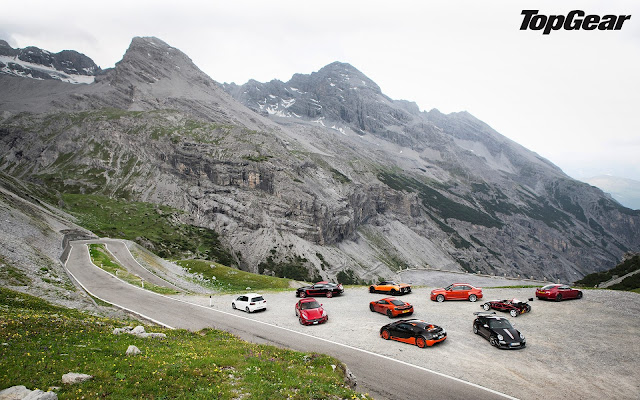 The Passo dello Stelvio is between Italy’s two ‘Bs’ – Bolzano and Bormio. Look for those two towns on Google Maps and that will give you a good idea what’s involved in getting to this well-known pass. Probably the best known of all Europe’s passes.

At an elevation of 2757m it’s Europe’s highest navigable pass, and the highest paved road in the eastern alps. 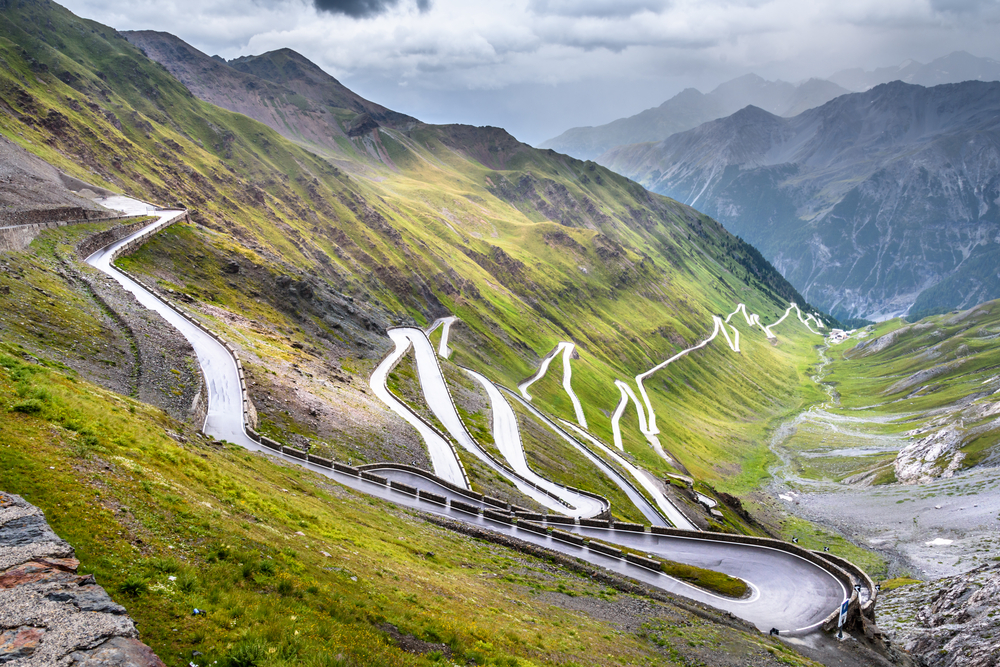 The original road was built between 1820-25 to connect the former Austrian province of Lombardy with the rest of Austria. It has 75 hairpin bends, 48 of them on the northern side marked just by numbered stones, no guardrail!

The Stelvio Pass remains a challenge for those expending lungful’s of air too, as it is closed for one day every year in August when more than 8000 cyclists and over 30 runners ascend to the highest point – in the name of sport.

Despite its altitude, it is marginally easier to drive than the Furka Pass, however these days traffic is the big problem, especially in the summer. Try and plan your drive for the end, or beginning, of the snow season.

There are a lot of great ski resorts in the region, but the road is completely closed in the winter. So, it’s public transport if you’re going skiing.

There is a commercial solution for those who would love to drive the Stelvio. The ‘Great European Rally’ takes place in September, where you can sign up to enter in your own car, and the route includes the Passo dello Stelvio. It's run by The Great Rally Company. 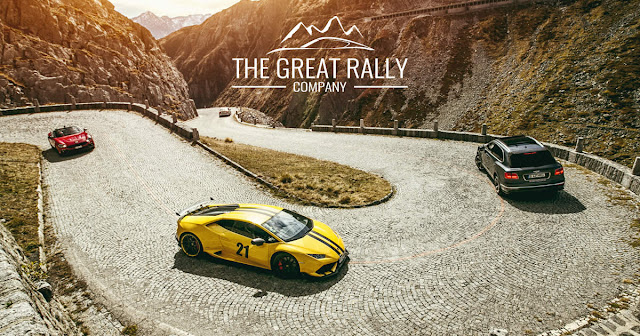 One interesting historical note is that the Pass is just 200m from the Swiss border, and during the Second World War, whilst artillery was being fired between Nazi and Allied forces, shells passed ‘over’ Switzerland. Due to Switzerland’s neutrality, the opposing forces had to agree to stop any fire which ‘passed over Swiss Territory’ – which just highlights that there are tragedies of war which can be avoided.

If you are driving in Italy, plan to drive the Stelvio – it’s an experience you’ll never forget.

Posted by John Crawford at 2:16 PM