MEMORIES OF IMOLA by Paul Gover

This coming weekend is the Gran Premio Dell’emilio Romagna, to be run at the Autodromo Enzo e Dino Ferrari, named after the only son of Il Commendatore, Enzo Ferrari. Grand Prix races held here in past years were known as the San Marino GP.

Gilles Villeneuve had less than a week to live when I saw him at my first Formula One race. We obviously didn’t know it at the time, as we arrived full of the energy of youth and enthusiasm for the San Marino Grand Prix. 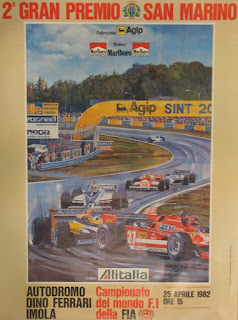 I still have the poster I bought at Imola in 1982, to celebrate Villeneuve's skill and bravery. These days it fills me with sadness.

The grand prix visit was one of the highlights of my first trip to Europe, as a guest of Alfa Romeo.

It was brilliant. If you don’t count collapsing on the floor of my first-night hotel room with a massive case of jet lag-induced dizziness . . .

In those days, car companies didn’t do the over-and-back medical experiments like the ones of recent years, when Aussie motoring journalists are routinely piled onto a plane for a day of driving in Europe, a quick turnaround and a week of brain fog back at home.

We were in Italy for more than a week, test driving a range of new Alfa models; visiting the factory at Arese, just outside Milan; interviewing the chiefs; exploring the museum; visiting the Vatican on a tour through Rome, and then taking a bus to Imola for the race. 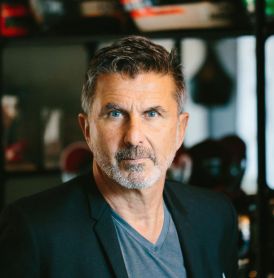 Our tour leader was Enrico Zanarini and he could, then and now, pass for an Italian movie star. He eventually returned from Australia to his native Italy and moved into all sorts of motorsport-related business deals, including managing Eddie Irvine, and now Antonio Giovanazzi, as well as wrangling some big-time sponsors for Ferrari.

Whatever I expected for my first dive into Formula One, it was not what I got. These days it takes many weeks of application and vetting before you are (perhaps) approved for an F1 media pass, but that day in Imola we lobbed at reception in the control tower, showed our passports and business cards, and were instantly rewarded with full pitlane credentials.

Some of the crew immediately went driver-spotting but a few (including me) grabbed the media-only scooters and took a pre-race lap of the track, one towing a promotional girl - in Giacobazzi hot-pants, from memory - who was on roller skates.

Lunch was a delight, once we realised the chilled dishes were warmed by a chemical reaction below foil trays. Remove a tab, set off the heating, and wait for a feed - or drop the burning tray from your lap, clean up and start again.

The ‘tifosi’ outside was large, noisy, colourful and boisterous.

But it was not all happiness and light.

The field for the race was decimated by a stoush between Bernie Ecclestone and Jean-Marie Balestre, over control of F1 and Bernie’s boys, including Alan Jones in his Williams, parked for the weekend and left the race to what were called the ‘grandees’ of the European teams. 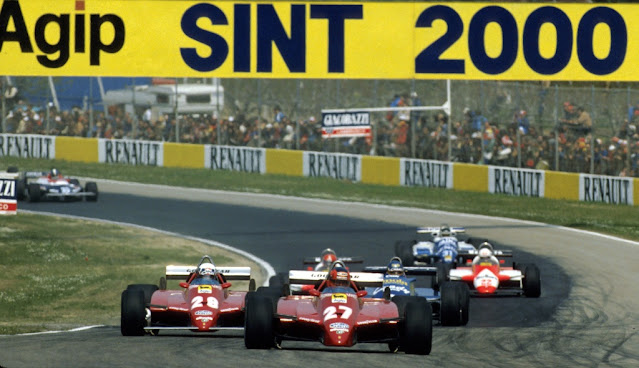 In the end, San Marino in ’82 amounted to a demonstration run for Ferrari, who were fielding Villeneuve and Didier Pironi, after Renault went fastest in qualifying and Alfa Romeo - our team - provided colour and movement.

There were only 14 starters with a miserable five finishers after both Renaults - Alain Prost and Rene Arnoux - expired with engine dramas and the Alfas of Bruno Giacomelli and Andrea de Cesaris also succumbed to mechanical failures.

But it hardly mattered to me, as I walked more than half the track to sit on the hillside at Tosa and watch my heroes at work. 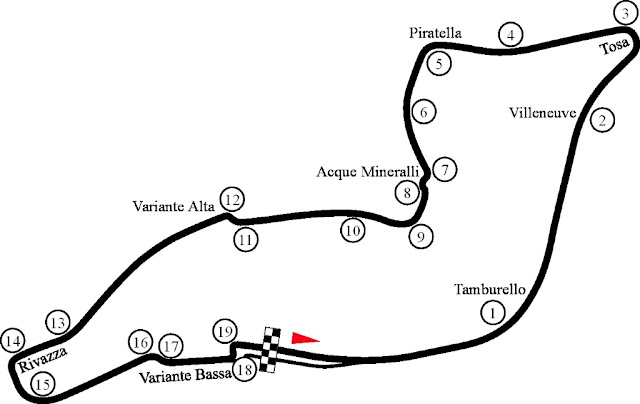 The speed and sound was fantastic and, as a Villeneuve fan, I was happy to see him out front, and play-racing with Pironi.

It all turned very nasty at the end, when Pironi reneged on Ferrari’s team orders and ambushed Villeneuve on the run to the flag.

I’m not clear on the details that followed, because we were racing to catch our bus for the three-hour traffic jam - just to get from the parking spot to the autostrada.

But I can remember that one of our crew had lost his wallet, triggering a rapid whip-around to re-stock his coffers. The unfortunate beneficiary broke down in tears as he thanked the touring team, who had raised more than he originally had in his wallet.

“Stop crying. Imagine what we would have raised for someone we liked,” fired the team joker, breaking the tension and embarrassment on the bus.

Villeneuve was also broken, by the treachery of his team-mate, and was so livid that he could barely take part in the podium events.

His anger never abated and, during qualifying the following weekend in Belgium, he was so intent on taking pole position that he crashed his Ferrari and was killed.

Many years later, I was watching the live late-night television coverage on the day that Ayrton Senna was killed at Imola.

That, too, fills me with sadness.