LAND ROVER - A BRAND DEFINED BY PERFORMANCE, NOT PR by John Crawford

Ignore Range Rover’s glamourous image with the jet set; and the acceptance by hip millennials of the Evoque; the same for the price/practicality qualities of the Discovery. 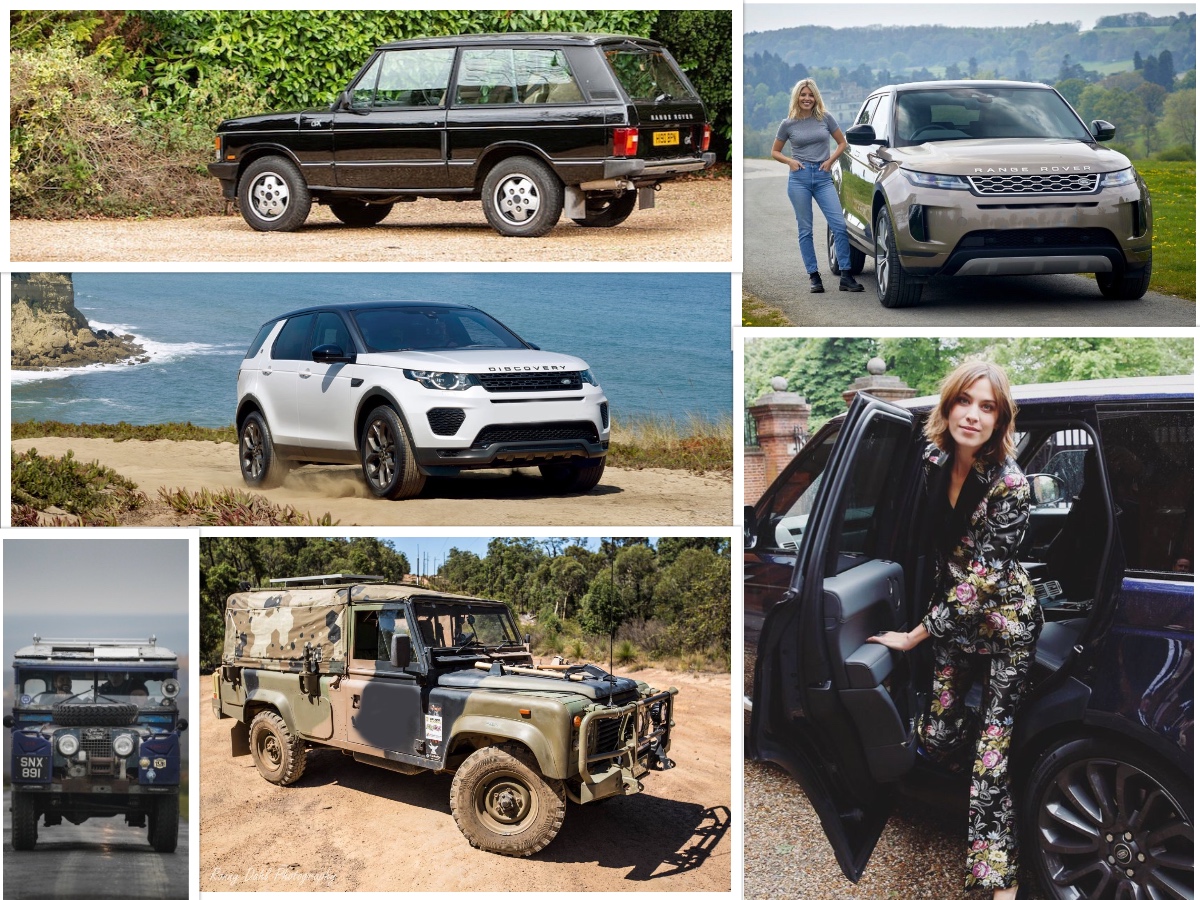 Land Rover is defined by the Defender – or more precisely the utilitarian 4x4s which created and sustained the Land Rover legend from 1949 to this very day. 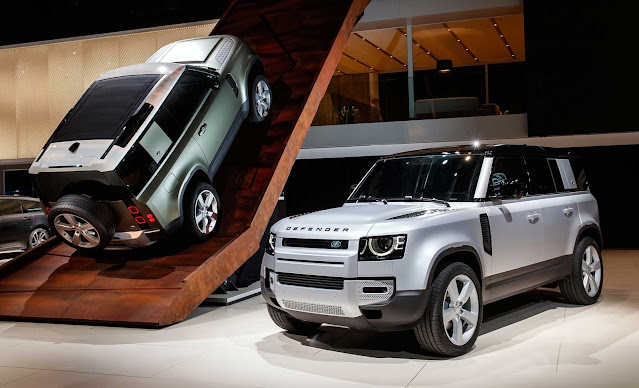 This makes the appearance of the 2020 Defender a very crucial step in the continuing legend of a tough, practical, never-say-die off-road vehicle which can go where no other 4x4s dare. 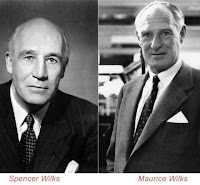 The original Land Rover was the brainchild of the Wilks brothers, Spencer and Maurice, who joined the Rover company in 1929, from Hillman Motor Cars, where they felt their ideas were not appreciated.

Among other concepts, the Wilks brothers worked on the development of the jet aircraft engine designed by Frank Whittle, but eventually turned their work over to Rolls-Royce owing to disagreements with Whittle about the commercialisation of the engine.

At the end of World War 2, Maurice was using a wartime Willys Jeep on his farm, but felt there were many improvements which could be made to widen its appeal to British farmers. In 1947, Maurice and Spencer began the development, and then the creation of the first prototype Land Rover. 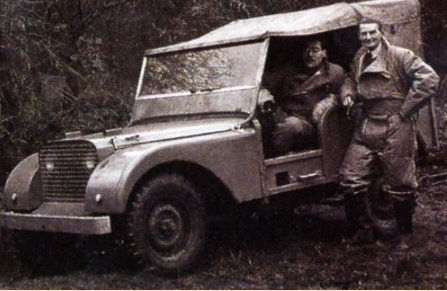 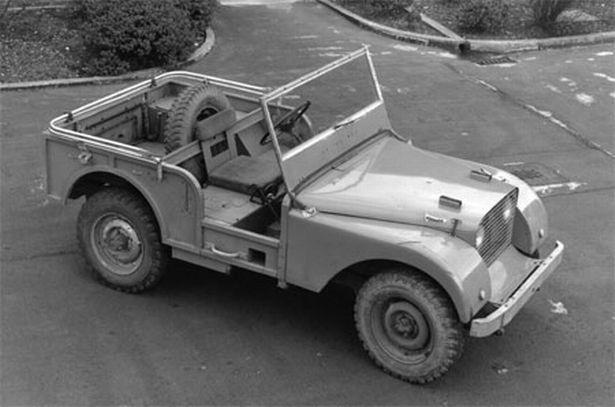 The production version debuted at the Geneva Salon in 1949, and, as they say, ‘the rest is history’.
Land Rover’s impact on the global automotive market was impressive, and dominant. It appeared in the most unlikely places (unlikely at first), but was soon recognised as the prime solution for a vehicle which needed to cross hostile terrain, was easy to repair, easy to maintain, and still enjoyed much-envied longevity. The Land Rover was tough, rugged, incredibly reliable, and thoroughly well-designed-for-purpose. It was the gold standard.

Land Rovers have excelled in many theatres - farming, wars, exploration, surveying hostile terrain, and simply being the go-to vehicle for tough challenges. Whilst Jeep maintains it boasts many of the same qualities, it fails to offer the historical evidence of Land Rovers’ flexibility, and service in the field.

Many companies have tried to copy elements of Land Rover’s successful design, but most have failed, because they attempted to compromise Land Rover’s tough credentials in a failed endeavour to appeal to a wider audience. Land Rovers are fit-for-purpose, are not compromised, and don’t pretend to be anything else. 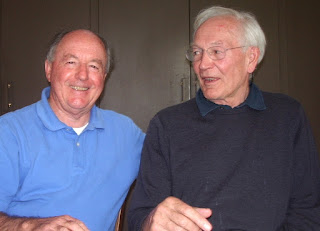 I am proud to say that not only have I enjoyed a close relationship with Land Rovers since 1977; but I have been privileged to drive Land Rovers alongside the nephew of its creators, Charles Spencer (Spen) King (right).

We have together dived into the ‘Jungle Track’ at Land Rover’s works at Solihull; we have traversed rocky trails in the Scottish Highlands, and the scary hill courses on the Eastnor Castle estate. 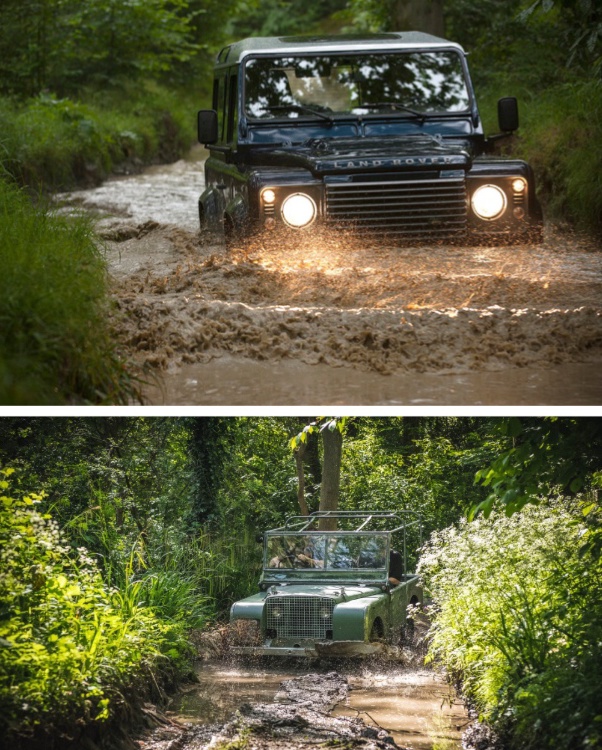 All of which endorsed Land Rovers’ credentials for the challenges it was asked to conquer.

The fact that Defender continued to sit happily alongside its more contemporary and stylish siblings: Range Rover, Evoque and Discovery, has never diminished the image of the rough’n’tough, basic 4x4 which could traverse any difficult terrain, and still deliver a level of basic comfort to the occupants.

In the next couple of months I will have the opportunity to sample a new 110 Defender which attempts to answer the questions from Land Rover fans and tragics, as to whether or not the 2020-badged Defender is really, the ‘real thing’. 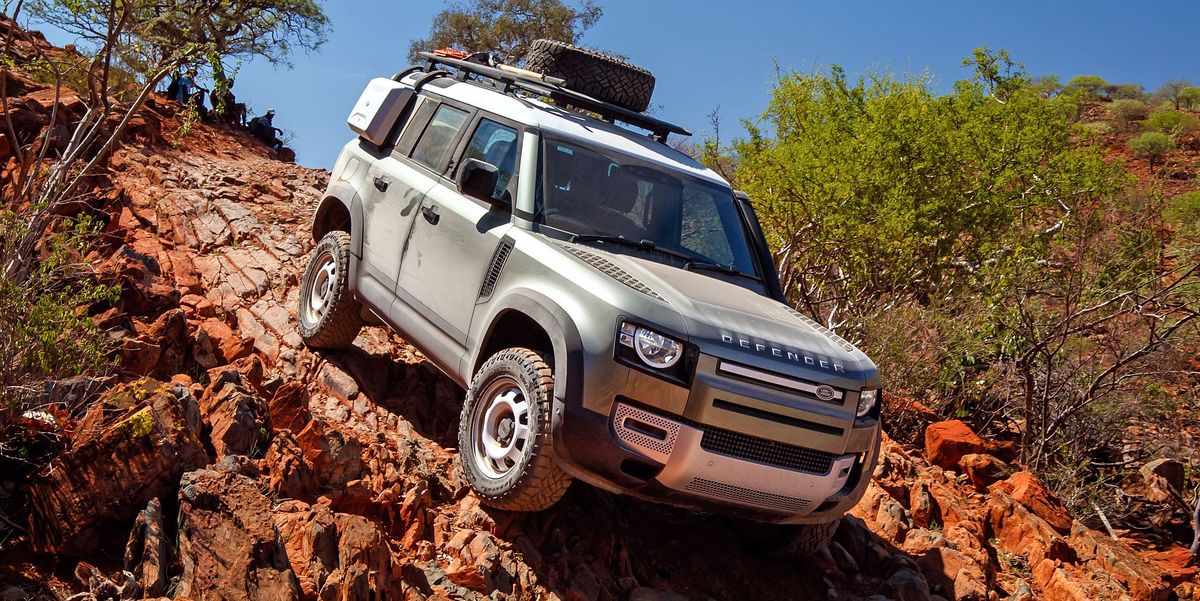 Given that the challenge of hostile terrain, and virgin discovery expeditions are perhaps less of a consideration today, then maybe it’s tolerable that the basic design should change to reflect today’s market demands.

I am certain the 2020 Defender will perform well, despite the fact that I will not be able to dive into Land Rover’s ‘Jungle Track’ at Solihull; nor roam around the muddy tracks on Mount Seaview (in NSW), where we introduced a bunch of novice  off-road automotive journalists to ‘real’ off-roading (below). 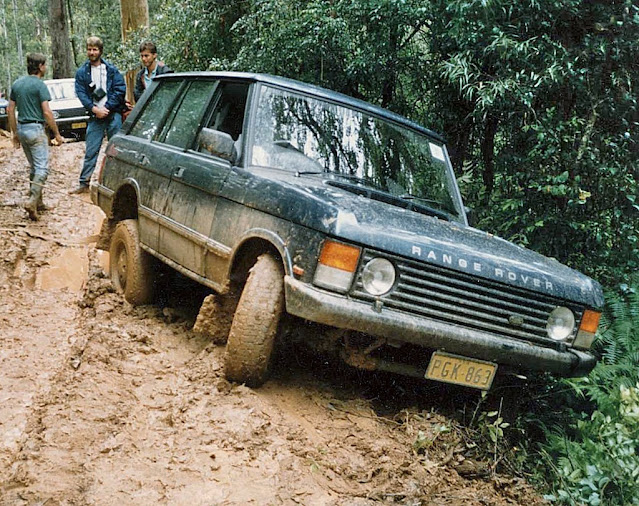 Will today’s Defender perform as expected? I’m sure it will, but would I use the garden hose to clean out the interior of mud’n’dirt? I'll let you know.

Posted by John Crawford at 5:04 PM