The fans at Silverstone got what they paid for this weekend at the British GP. They watched a great race, filled with tension, and saw Lewis Hamilton take the chequered flag.

After a first lap collision took out arch rival Max Verstappen (for which Hamilton received a 10 second penalty), Hamilton chased Ferrari's Charles Leclerc for a good part of the race after a red flag restart, until the closing stages when he nudged past the Frenchman to win. It was a great fight back by Hamilton. 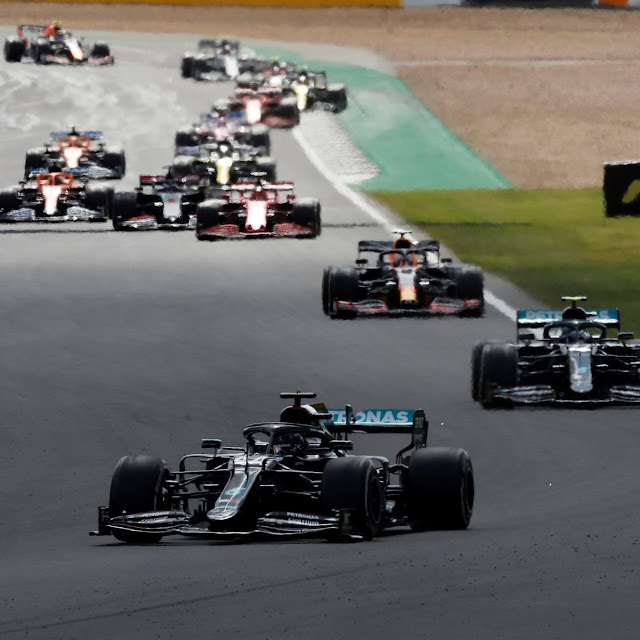 I don't pay for FOX SPORTS' expensive subscription, and instead get my kicks from the highlights on F1.com, but even that was enough to show what a fight Hamilton delivered to take the champagne.

Great to see Danny Ricciardo come home fifth after some disappointing performances. Maybe this means a positive change for the remainder of the season.

However, as my mate Wayne Webster pointed out there will be few extra resources expended on this year's cars, because it's all change for 2022, and the teams' millions will be going into next year's cars.

So, whatever performance the current cars are delivering, don't expect to see much change, which I think it's good. It means a more level playing field for the rest of the races and now, it's all down to the drivers. Now, they'll be racing.

Posted by John Crawford at 8:16 AM