VALKYRIE GOES FOR IT AT GOODWOOD by John Crawford 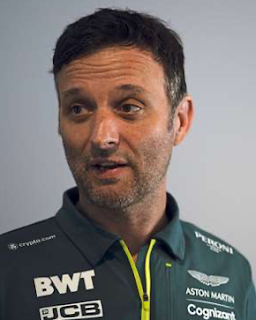 Those lucky enough to be at Goodwood for the FESTIVAL OF SPEED got the first glimpse of the Valkyrie, and whilst not running at full roar, the car’s ‘minder’ (Aston Martin’s Darren Turner, right) certainly turned heads as the car sprinted up the hillclimb.

Commenting on where Valkyrie fits in the automotive landscape, Darren said:

“It really is another level of performance. In the ages of the automotive world, you have the Ferrari 250 GTO in the ‘60s, the McLaren F1 in the 1990s. This feels like another entirely. It’s extreme and completely bespoke.”

“When we were away testing, you might go out and be following one in another area in the proving ground. That’s my favourite view, that rear, you can see fully how small and compact it is."

"You ask how they could possibly have got that V12 and the gearbox in with that underbody aero?"

“We’re so close to the end now, customers will have them by the end of the year. They understand the wait and know we needed to get it right. There’s been a bunch of us, development drivers, that have had the pleasure of driving this car. I’m now looking forward to the people who’ve bought them being able to drive them.”

The Valkyrie, the product of Red Bull Racing’s chassis genius, Adrian Newey, first showed its face at Goodwood four years ago, with its 856kW, 6.5L Cosworth V12 – which revs to 11,000rpm.

Currently, you’ll need AUD$4.3 million to have one in your driveway, but hurry they are almost all gone!