A PLATINUM E-TYPE? YOU BET! by John Crawford 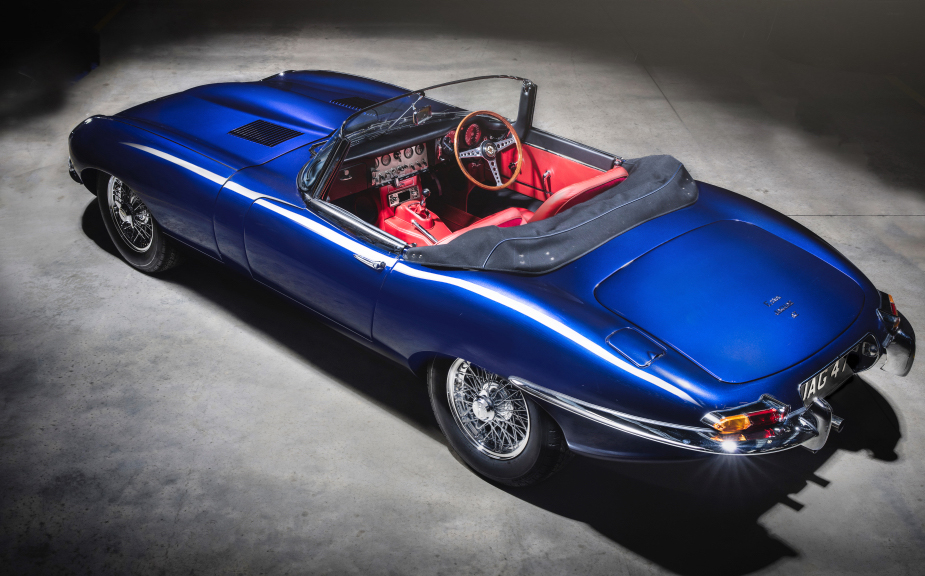 The one-off renovation features a comprehensive list of enhancements carried out by the expert technicians at Classic Works, and metallic blue paintwork inspired by the Union Jack.

The bespoke JAGUAR CLASSIC division creates beautifully crafted E-types by restoring Series 1 models to their original specification. This bespoke example goes even further, showcasing the full breadth of personalisation available from its state-of-the-art home in Coventry.

The one-off E-type was commissioned by a client who had specific requirements. He wanted a Roadster, manufactured in the year he was born, and finished to a bespoke specification.

The team at Jaguar Classic set to work and tracked down a Series 1 E-type that was built just two days after the customer’s date of birth. 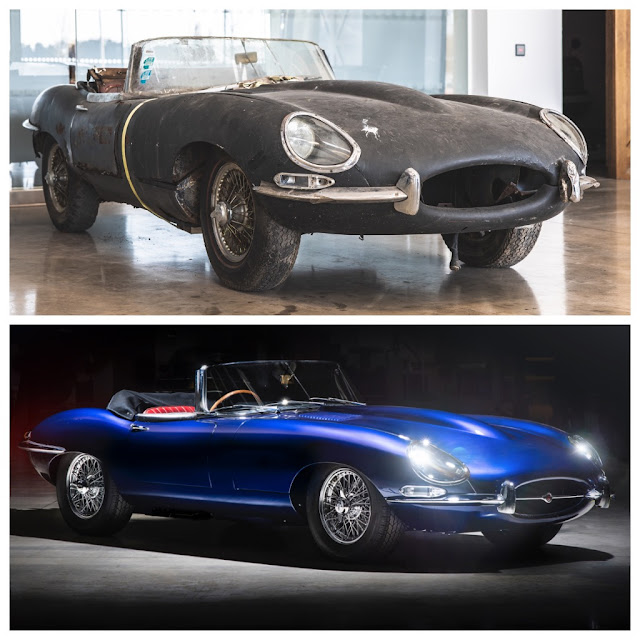 Over the following 12 months, the car underwent a complete rebuild, beginning with the bodywork. Finished in a unique deep metallic blue inspired by the blue of the Union Jack, the new blue, was exclusively mixed by the paint shop following numerous consultations and sample creations to craft the perfect hue over several months.

The original engine was totally rebuilt, with original parts, but with some modifications such as porting and polishing the cylinder head, and higher compression pistons. 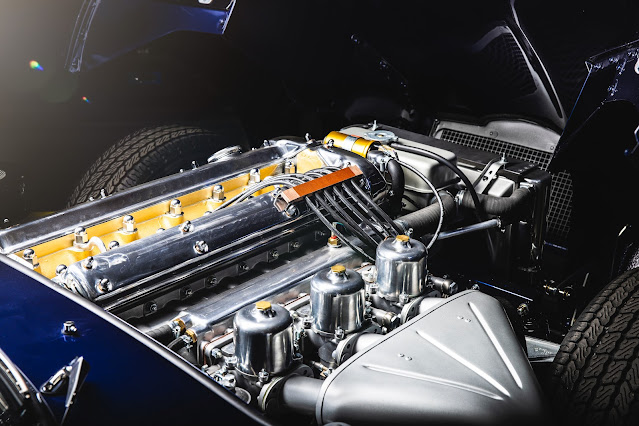 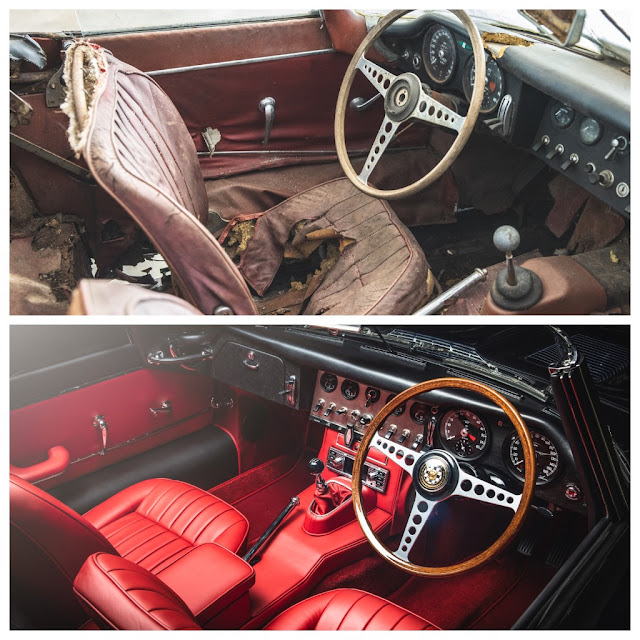 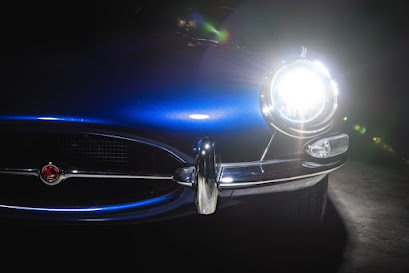 I've seen some very spectacular restorations over the years, but this one is a credit to JAGUAR CLASSIC. No mention of the budget, but the end result, suggests  the owner wasn't hurting financially.
For such an originally-beautiful creation, first seen in 1961, this is a beautiful homage to one of the world's most famous cars.
JOHN CRAWFORD