My eight years as PR Director for Bentley Motors North America took me all over the USA (and Canada) promoting the latest Bentleys, but my sideline was equally as enjoyable.

I began a wonderfully warm and fraternal relationship with the Bentley Drivers Club of North America – thanks to a superb introduction to these hardened Bentley aficionados by a man I now call one of my best friends, Dr. Paul Sydlowski. 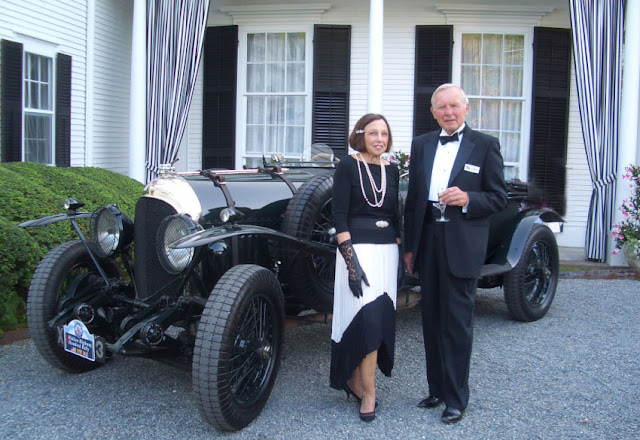 I had been in the job barely a few months in 1999 when I got a call from Paul asking if I was ‘game’ to front the BDC as the promoter of modern Bentleys.

Of course, I realised that if I was successful in winning over the BDC members who were mostly hard-core owners of ‘Cricklewood Bentleys’ (W.O.Bentley’s original cars), then they would make fine advocates for the messages I had to convey to the media about Bentley’s great history and traditions, which would be very much a part of the ownership dimension when buying a new Bentley.

I’m a great believer in genuine advocacy (more about that later), and to have owners of proper vintage Bentleys supporting our PR efforts was a great bonus – if I could pull it off.

The first meeting was a weekend retreat at a flash, upscale resort hotel, and although I had prepared a Powerpoint presentation with lots of photos of ‘new’ Bentleys I realised after a few minutes in the meeting room that this group was completely uninterested in any sort of ‘corporate’ presentation. It would be far better to speak from the heart. I ditched the laptop.

So, I told the BDC that although I was new to Bentley, I had spent considerable time in the UK meeting and discussing the history of the marque with the British Bentley Drivers’ Club and had received a rousing send off when I returned to Crewe from their annual meeting.

I talked about how my challenge was to present the new cars, but all the while blending the history and tradition into the mix. The 40 minute talk appeared to go over well and it appeared that I had ‘won the crowd’.

Next morning as the group prepared for their first foray onto the local roads for a 200 mile run to celebrate the qualities of their vintage Bentleys Paul Sydlowski said: “I guess you’ve never driven a vintage Bentley then?” 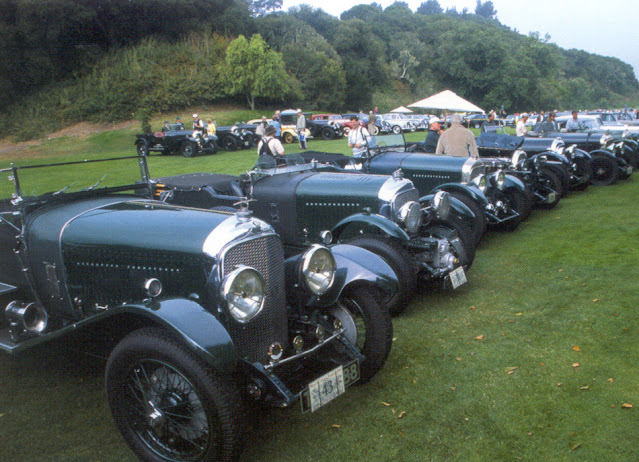 My response was of course ‘No’ – so he promptly passed over a set of driving gloves and invited me to take the wheel of his pride and joy, a three-litre Bentley Supersport. We had about two minutes of instruction about gear changing techniques, and some familiarity with the pedals which, from the right were: accelerator, clutch and way to the left, the brakes. The gear lever was next to my right thigh!

We took off, and my first challenging shift (from 2nd to 3rd) was completed without a 'graunch'. Wow! Success! There were a few missed shifts over the next few miles, but I climbed from the driver’s seat at the coffee stop with full approval from the owner.

Bentley Motors owns two original Blower Bentleys (plus other special models in its collection). The first it acquired was GH6951, a Bentley company demonstrator, whilst the other is UU5872, a Bentley team car – prepared for Le Mans in 1929. The people allowed to drive these multi-million dollar cars is a very short list – not including me. 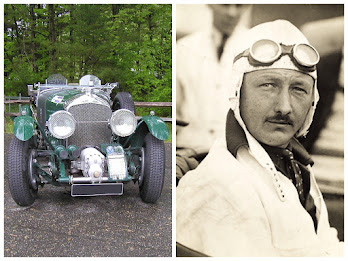 However, I was able to feel the sensations of driving a 170hp Blower, in North America.
Alas, it was not an original Blower with secure provenance, but a replica.
However, it was true to the original design drawn up by Captain Tim Birkin in 1928, with the monstrous Amherst Villiers supercharger extending out the front of the engine.
Along with the Blower, I did get to drive a truly genuine racing Bentley. 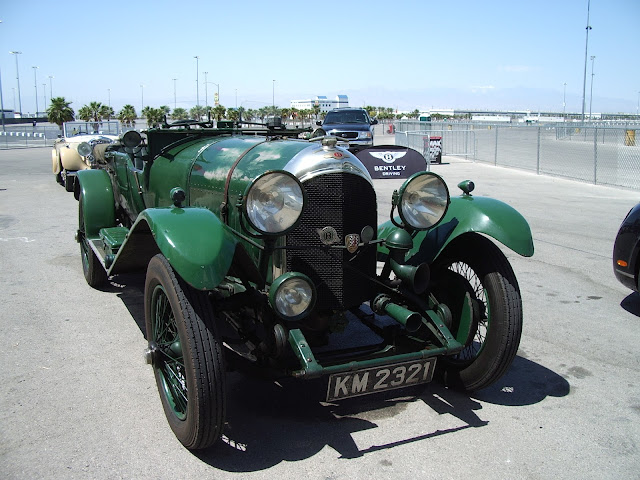 It was the 1926 ‘Reserve Team Car’ prepared for Captain Clive Gallop, however it was never called on to participate in the race.

The car, remains as original as the day it left Le Mans in 1926, and is now owned by a wonderful couple of Bentley enthusiasts, Frank and Leah Gabrielli of Oakland, California.

Coupled with my first drive in EL8239, I can safely say I passed the test, and am very confident about piloting rare and valuable vintage Bentleys – however, when you see the prices these rare vehicles bring, I think further driving is best left to the owners.

Years later I had the pleasure of hosting America’s first F1 world champion Phil Hill on a Bentley Grand Tour (a series of driving events I used to put together for automotive and lifestyle media, where they drove new and vintage Bentleys) and he told me all about his past ownership of the ‘original’ development Blower built up in 1928 by none other than Amherst Villers himself! 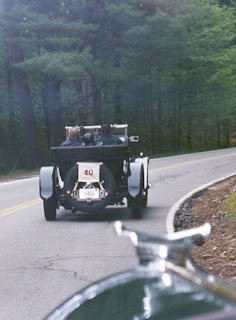 As we tooled along in a beautifully restored Speed Six, he regaled me with his ownership of the Blower, which he said was fine to drive fast in a straight line. The real challenge came when wrestling the huge steering wheel to deal with corners on the Le Mans circuit.

Maybe Ettore Bugatti was right when he referred to the Bentleys as ‘big British trucks’.

Oh, that mention of advocacy previously - in 2002 I was asked to prepare some background on the great history of Bentley and its racing victories for rapper 'Puff Daddy'. Sean Combs (his real name) owned a Bentley Azure convertible and after sighting the Bentley display at the NY Auto Show, was keen to know more about the company's history.

He was mightily impressed, especially went I told him that he most probably qualified as a modern day 'Bentley Boy' and I'm certain his advocacy sold a lot of Bentleys among a large group of young American entertainers.

Posted by John Crawford at 1:38 PM