HAS SAIC DIMINISHED THE VALUE OF MG? by John Crawford

The answer is, NO. The Chinese owner has just glued the octagonal badge to a whole new ball game.

MG is currently one of Australia’s top-selling brands, but, as I’m sure you’re aware it’s nothing like the range of sports cars which carried the badge from 1930 until 2011. Today China’s giant SAIC applies the original octagon badge to a range of highly successful compact SUVs. 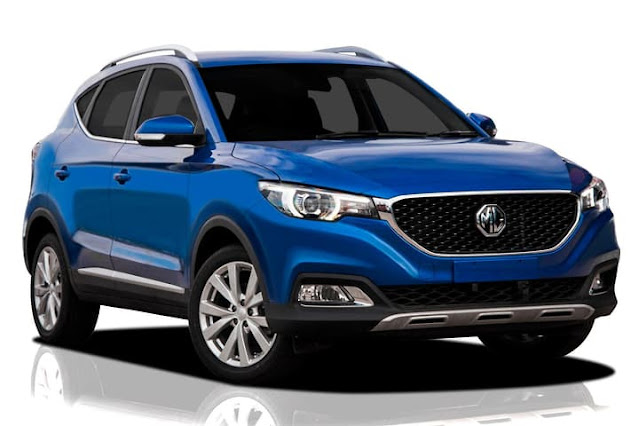 The most popular being the ZS, which up to year-end 2021 had sold 574,000 units worldwide. The decision to start with SUVs was a clear strand of thinking, because once the name and brand has established values, maybe there IS opportunity for an MG sportscar!

The original MGs were produced almost as an afterthought by Morris Motors.
Cecil Kimber had joined Morris Motors in 1920 as General Manager of MORRIS GARAGES, a retail outlet owned personally by William Morris.

The company sold basic Morris cars, but as a sideline Kimber began using Morris 8 parts, plus different bodywork, to create what we now know as ‘the British sports car’.

At the outset the early cars were just cobbled together from Morris 8 & 10 bits, to provide a ‘trials’ car for those diehards who wanted to attempt racing up muddy hills on weekends.

However, the success of MGs on motor racing circuits vastly improved the appeal of the fast, lightweight English roadsters – and once the Americans started buying MGs, sales increased rapidly.

The MG Car Company was formed in 1928, and production of unique MGs became a serious stand-alone venture.

But the brand’s status and reputation had sagged by the time sales of MG-B came to a halt in 1980.

That was however the most successful single MG model over its lifetime, selling 574,000 cars. 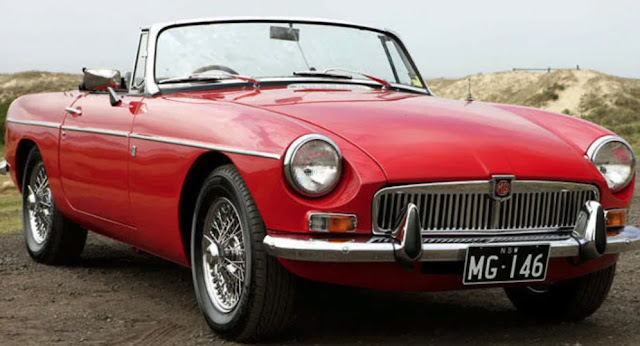 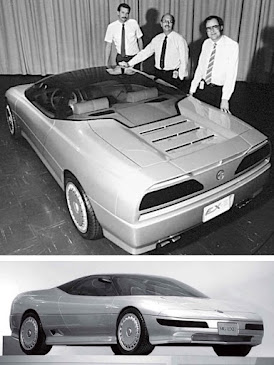 Thoughts of an all-new MG sports car followed a 1985 concept car.
Called the MG – E-XE, it was designed by a quartet of some famous British car guys, also great friends of mine.
Design head Roy Axe and his protegé Gordon Sked. Engineer Spen King, and interior designer Richard Hamblin.
It was a sleek, futuristic design which most thought would never make it out of the studio.

Shortly before the concept moved to become a production car, a very young Gerry McGovern joined the design team as a student. 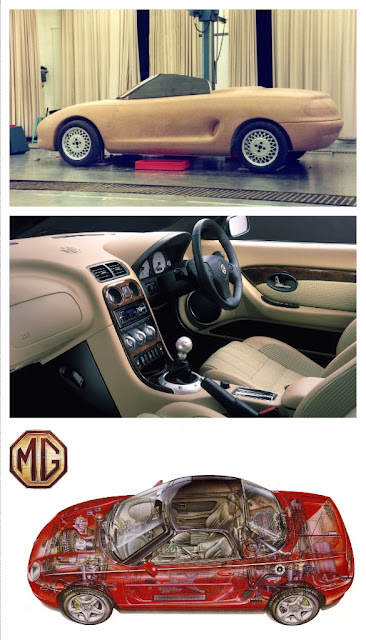 When the development of a new, volume-selling MG began in 1991, it was nothing like its predecessors.

It was mid-engined, and compared to MG’s rather spartan beginnings in the 1930s, the MG F would have a leather-bound steering wheel, splashes of real wood trim, leather seats and, ‘sacre bleu’ – air conditioning.

Back in 1998 I was asked to write a comparison story about the differences, benefits and disadvantages between the Mazda MX5 and the MG F.

It was obvious that the editor who had commissioned the article sincerely wanted to compare these two popular sports car concepts head-to-head, but from the outset I thought the outcome would be a no-brainer – the MX-5 would win hands down.

It wasn’t even a close-run thing in the end. The Mazda was demonstrably better in pretty much every area – however, before writing the final piece I had a good look over my notes and the dear old Brit didn’t do all that badly – that is if you took a broad brush approach.

First, Japanese quality control meant the MX-5 wiped the floor in that area. 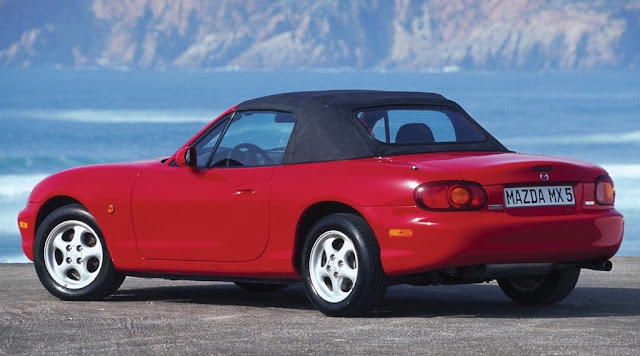 The MG’s inconsistent panel fit margins; its uneven assembly quality, and the poor quality of interior trim components were a dreadful commentary on the standards of British car building. 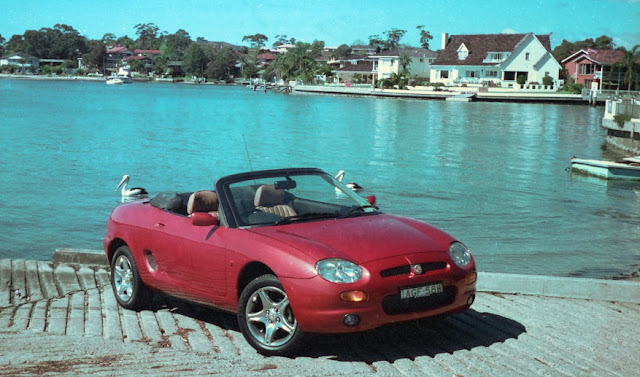 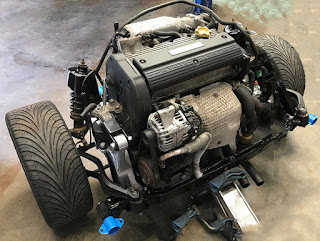 However, when it came to ride and handling, and comparative performance, the MG and MX5 were pretty damn close.
The inherent handling balance delivered by the MG’s transverse, mid-mounted engine resulted in remarkably competent handling, and in fact the Austin-Morris-developed K-Series engine was the equal of the Mazda’s conventional ‘north-south’ four cylinder. 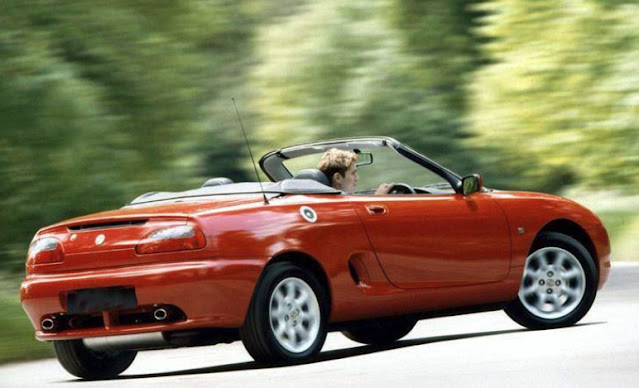 When you let the MG-F loose it was a lot of fun to drive. It revved freely, had a very flat torque curve and despite quite long throws between changes, the manual transmission ratios were beautifully matched to the engine.

Now during my long career, I spent a pretty good chunk of it in the early days hanging around cars from Austin, Morris, BMC, MG Rover, Leyland Australia et al. There was actually no difference between the factories that knocked out the cars, regardless of the name of the parent company. They all produced very shitty products.

Thereby, the crux of the matter. Not much wrong with the designs and the intentions of the creators, it just all fell apart when it got to the assembly bit.

In between being a motoring writer and an automotive PR executive I got to see both sides of the process – both in Britain and Japan. Because British Leyland had a lovely friendship with Honda, I got to spend considerable time in Japan talking to design engineers, production engineers, quality managers and workers on the line (thanks to a very nice lady interpreter).

The difference you won’t be surprised to know was summed up in just one word – attitude.

The Japanese workers would think it very bad form to simply throw the cars together; fill up the internals of the doors with a variety of odd-sized nuts and bolts, or deliberately scratch the paint on the doors when fitting the dashboard. 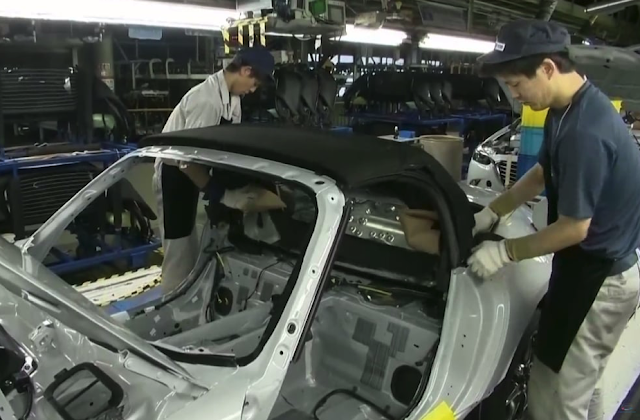 It would NEVER enter their heads. They were proud of the company they worked for, and proud of the job they were charged with. They took their responsibilities seriously.

Now, let's travel 9500km to a group of factories making Austin, Morris, Triumph, Rover, Land Rover and Range Rover vehicles located in the British Midlands. Walk up and down the line,  listen to the foul language, watch the guys who kick a freshly-painted door shut with their hob-nail boots, pilfer stuff out of the bins alongside the line, and shout and jeer if a manager of any rank dares to show his head on the production line. 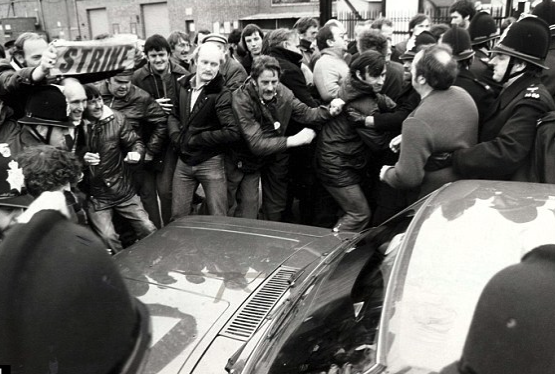 Remember I’m talking of my own experiences in the period from say, 1976 to 1993. The difference was a chasm as wide as the Grand Canyon – in both attitude and outcomes.

I should mention before departing, that there were two consistent design problems with the MG F which afflicted the first two year’s production. The Hydragas suspension (later replaced by coil springs), and a poorly-located thermostat which resulted in MG Fs blowing head gaskets regularly.

So, as I wrap this story about the MG F and its ‘quality’, many years after doing the comparison, I can better understand why it failed in a shootout with the Mazda MX5.

Make no mistake, the MG F, dynamically, was a great car, let down by bad attitude of the workers, poor discipline from management, lack of interest and energy to solve problems, and raging internal bitterness, because the management thought the people on the line were all dopes. All it needed was a little more respect – on both sides. 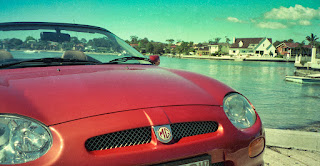 I really loved the MG F – and the good ones (mileage below 60,000km) bring good prices. See, it wasn’t as bad as you may have thought.
Trouble is, the damage is done.
Reputation is everything.

And, in the context of the cars you see wearing the MG badge these days, don’t criticise what SAIC is doing, because MG, especially after the formation of BL Limited, and its subsequent corporate deities, was forced down exactly the same road.
This was especially so much later in life when we saw a Pininfarina-designed sedan (sold in Australia as the Austin Freeway) wearing the octagon badge.

MG itself developed a range of early sedans, which wrote their own histories as appealing four-door sports cars.

Probably the most memorable were the MG-Y and the Magnette.

So, the octagon badge has survived, and maybe (below) this is the future MG sportscar we've all been dreaming about.

However one thing is clear, if it comes from SAIC it will almost certainly be an EV.

Don't be concerned what the cloth cap brigade would think, we're pretty much dying out, leaving the way for a new bunch of MG enthusiasts. 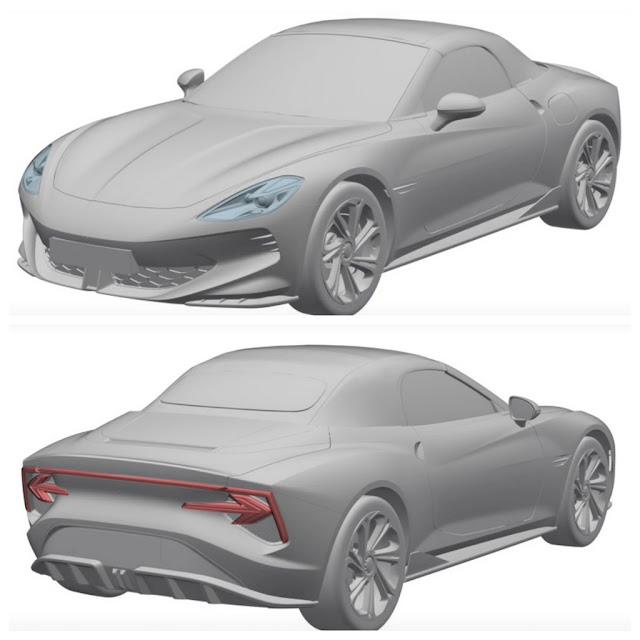 Posted by John Crawford at 9:55 AM