Every picture tells a story, and whilst sorting through some old images filed under ‘Miscellaneous’ I came across this shot of a somewhat battered and apparently unloved 1973 Alfa Romeo GT Junior Z.

I took the photograph in a back street in Monaco in 1981. 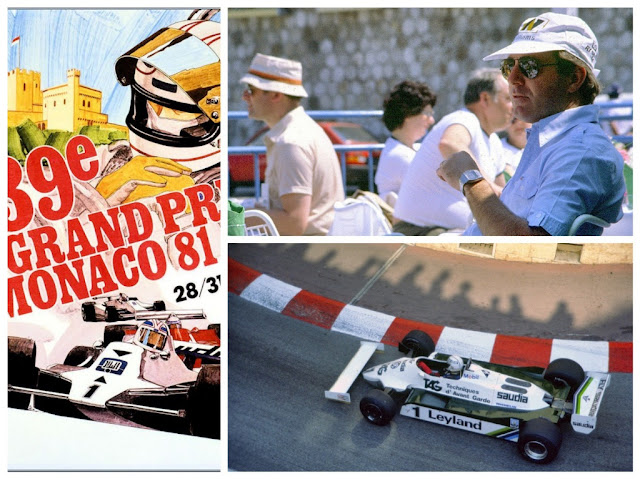 I was there as a guest of the Williams F1 team’s principal sponsor, Leyland Vehicles (the truck, tractor and bus division of British Leyland). I spent the weekend using an ‘all access’ pass provided by my hero, Alan Jones, to swan around the paddock and pits; roam the circuit with my Yashica FX-1 SLR snapping both practice and race photos.

On the Friday evening of that momentous weekend, our hosts arranged a dinner for the Leyland Vehicles tractor dealers at the sumptuous Château Chèvre d’Or hotel’s restaurant in the beautiful village of Èze, situated on a prominent cliffside location overlooking Cap-St-Jean-Ferrat and the azure Mediterranean.

We were joined just after entrée by Jones, Carlos Reutemann and Patrick Head to promote the dealers’ enthusiastic support for the team’s chances on Sunday. 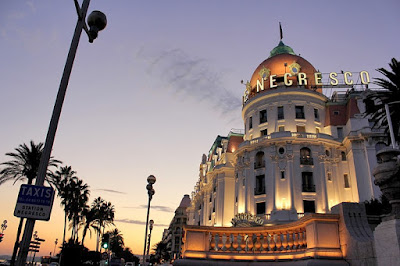 Unsurprisingly, the dealers decided to make a night of it, thanks to the Company's apparently unlimited bar tab for the excellent Bordeaux reds and whites being served.

However, I wanted to get back to my hotel in Nice, Le Negresco, to call home to Australia to check on the family.

I had befriended an Italian journalist, Giovanni Borghesa, who also wanted to leave the raucous dinner, and he offered me a lift in his personal car, which he had to driven to dinner.

Outside the hotel sat his dusky green, forlorn-looking Alfa Romeo GT Junior Z, showing a few scars from his traffic battles in Milano. As I had consumed slightly less Bordeaux than the owner, he suggested I drive us back to Nice.

According to Giovanni, the main road back to Nice, the Moyenne Corniche, was likely to be patrolled by the gendarmerie, and he suggested an alternative. 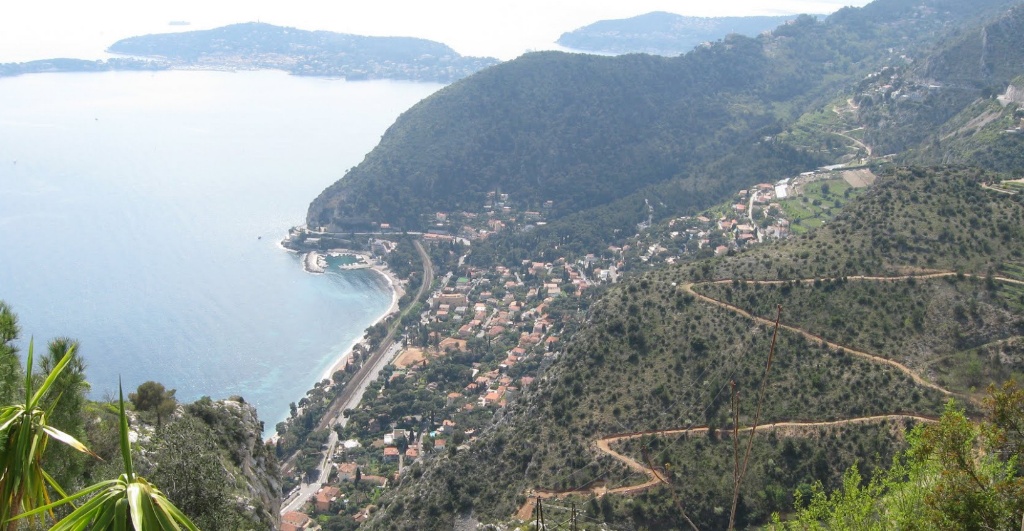 The Boulevard de Maréchal Leclerc, which becomes the Avenue des Diables Bleues, and passes through the Canton of La Condamine, before joining the M6007 and eventually back into Nice.

The Junior Z may have been dented, but the performance from its well-tuned 1600cc was certainly not.

The unique little coupe (not unlike the Giugiaro-designed Alfasud Sprint of 1976) was built on a shortened Spider platform (similar to the Duetto), and handled like a dream.

The road, and the drive, was one I vividly remember for its sharp, blind corners, flowing bends, and the rapid descent to Villefranche-sur-Mer, and Nice.

I was enjoying myself, so I pretty much ignored Giovanni until we entered the speed limited areas around the coast, which didn’t matter, as he was snoozing off the anaesthetic effects of the Bordeaux, regardless of being flung from side to side by my enthusiastic driving (and no seatbelts).

Only around 1500 Junior Zs were produced between 1969 and 1975, and some would say the styling was typically severe Zagato, but it was a unique Alfa Romeo for its time, and if you could find a nicely preserved example in Europe today, you might only pay €15,000 or more. 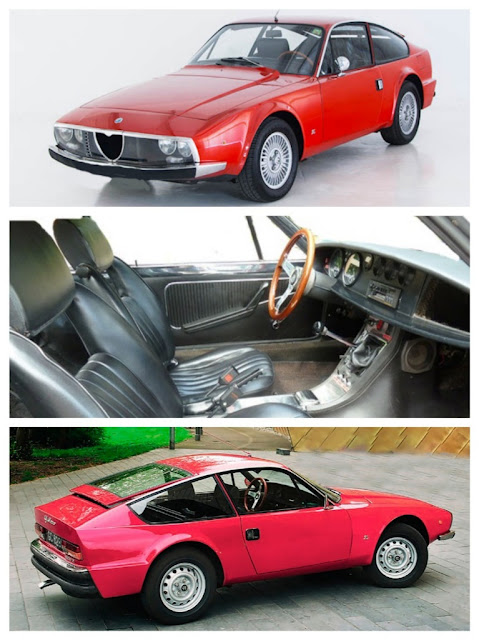 GRAND PRIX POSTSCRIPT:
Alan Jones was swamped at the start, but that meant he avoided the usual first-lap chaos and a crash at St. Devote, and Nelson Piquet surged to the lead. 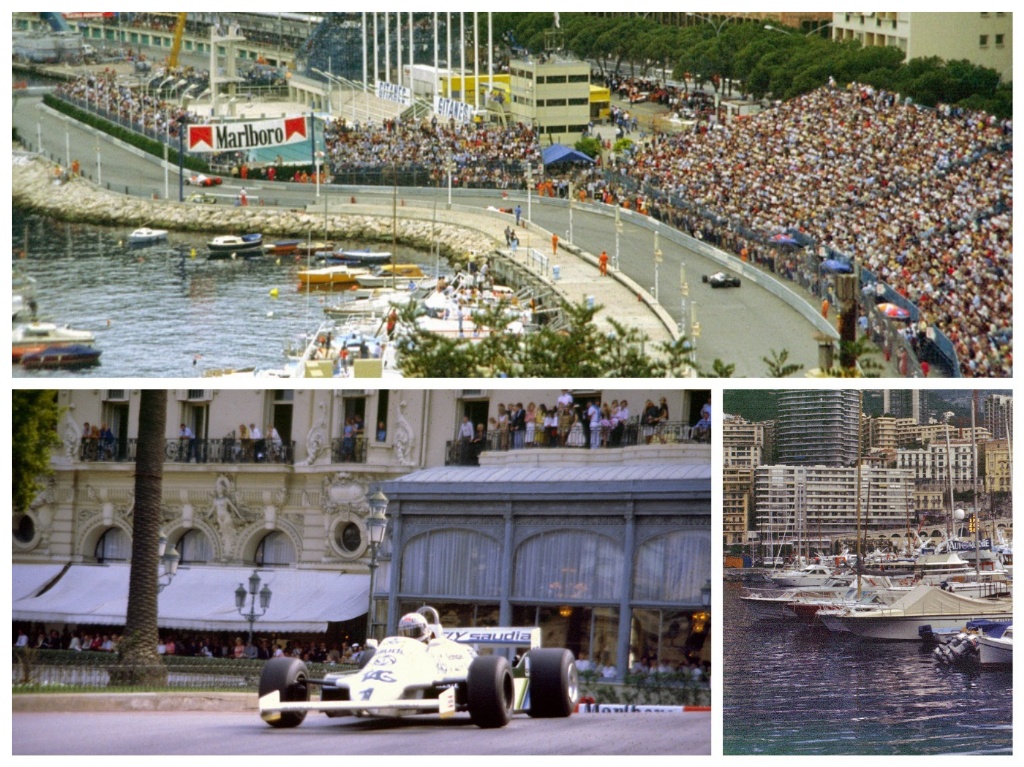 On lap 53 Piquet went offline and slid off into a barrier. Jones grabbed the lead and seemed to have the race in the bag until lap 67,  when he pitted with a fuel vaporization problem.

He was soon on his way again, but Villeneuve saw his chance and began to close in. On lap 72, of 76, Villeneuve took the lead. It was a heroic drive by AJ, many times side by side with the French Canadian, like this lap leading into Mirabeau, but in the end he had to settle for a hard-fought second place.

Posted by John Crawford at 2:49 PM