Okay, so BMW has taken a leaf out of Mazda’s playbook and the Z4 concept it unveiled at the Pebble Beach Concours d’Elegance was, in the words of Chief Designer Adrian van Hooydonk “stripped back to bare essentials so that the driver enjoys a more pure driving experience”. 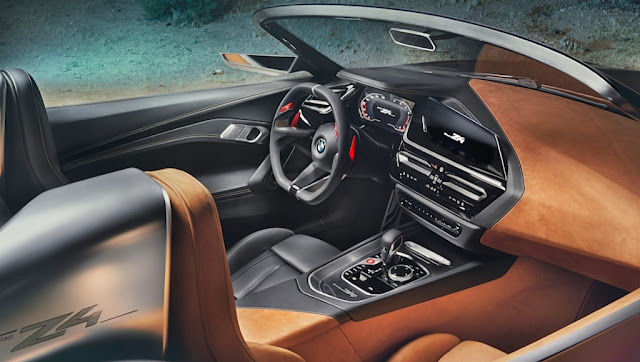 Thanks goodness for that.

I’m relieved someone in the BMW management team recognizes that the roots of the company’s image are inextricably linked to ‘The Ultimate Driving Machine’  – and not the nonsense trotted out by the current Chairman, about how BMW wants be become ‘your electronic buddy’.

However, the REALLY BIG news from Monterey is not the Z4 concept by itself. It was the news that the car forms the basis of a joint venture between BMW and Toyota, and the Z4 will be just like the Mazda MX-5 and the FIAT 124 Spyder JV – because the BMW concept will also underpin a new Toyota Supra.

Hey, you’ve got to say there’s been a real Viagra injection at Toyota HQ, with the 86/BRZ project and now the BMW-Toyota JV – next thing we may see is Toyota linking with Bentley to produce a Toyota version of the sexy Mulsanne!