SUZUKI STICKS TO ITS KNITTING

Renewal, revitalization and respect for tradition are not difficult bedfellows, but sometimes the right combination appears to be difficult to wrap up in one package.

I wrote recently about the revitalization of Suzuki’s product lines and perspective between 2005 and the current day.

Much of it was driven and inspired by the late Hirotaka Ono, the son-in-law of Suzuki President Osamu Suzuki. 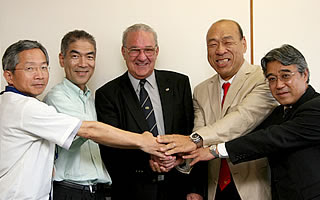 Although Ono-san died from cancer in 2010, it is clear to me that the spirit of renewal which he championed has borne exceptional fruit in the current product offerings, as well as its global image.

This photo shows Hirotaka Ono (second from left), at the announcement of Suzuki's WRC challenge in 2007.

This group of vehicles, with one exception represents the state of Suzuki’s thinking about the potential for ongoing success for this small, Japanese company. 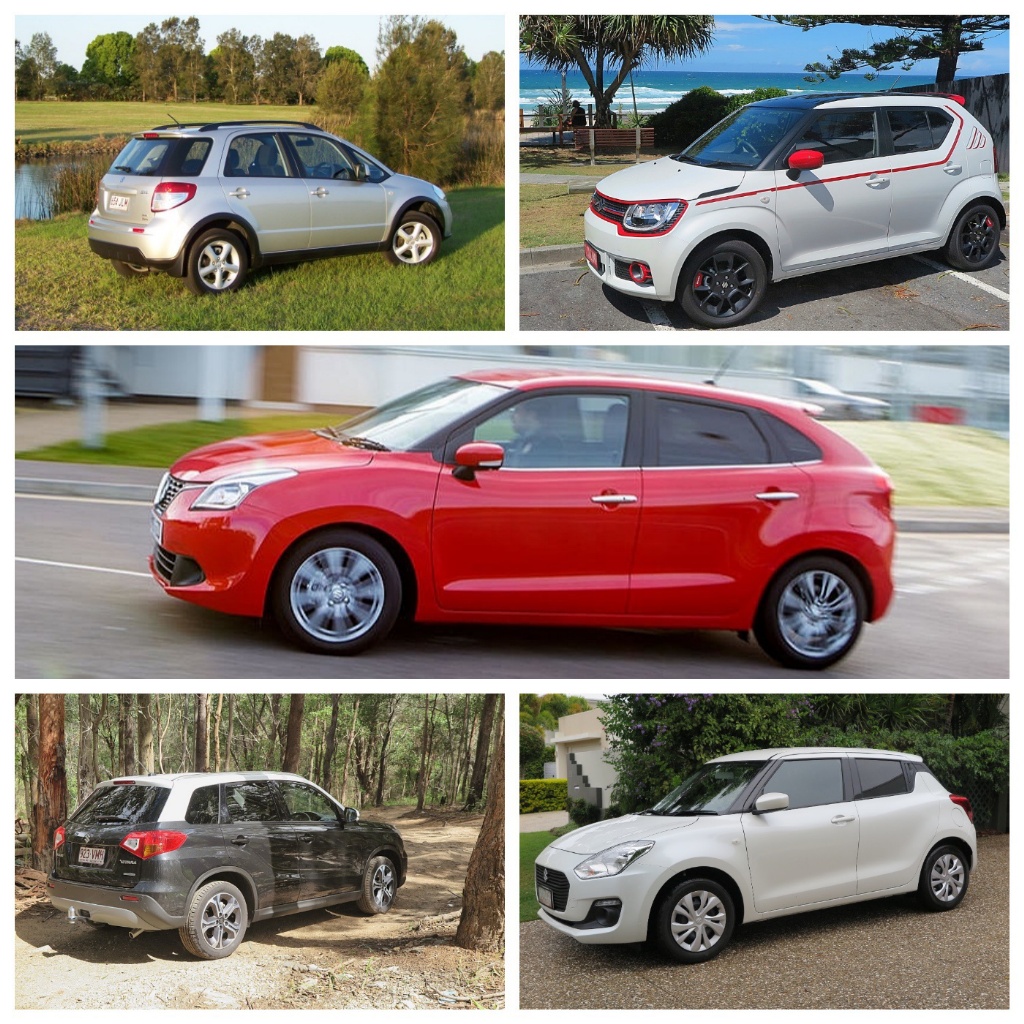 These cars have all been on my driveway over the past year and for me they are clear evidence that Suzuki knows precisely what it does best; what renewal of first principles should look like; and respect for tradition.

Suzuki has always been great at designing and building highly-efficient small and compact vehicles, which are engineered with precision, competitively equipped, and priced for affordability. This is why I have expressed so much regard for the company in Driving&Life.

Another aspect of Suzuki’s reputation will be voiced by past and present Suzuki owners – and that is another word beginning with ‘R’ – reliability.

It is often said, here in Australia, that Suzukis are, “built like brick outhouses” – they go forever and have amazing reliability and longevity. This of course, references low cost-of-ownership – another first principle of the Suzuki concept of car manufacturing.

In this vehicle group sits one product from the Hirotaka Ono era, the SX4 (top left). For me this car represents both the precise vision which exists in the company; and how Suzuki could transition one of its products to the catalogue of a global manufacturer, placing another company’s badge on the vehicle other than its own, and still preserve every first principle in Suzuki’s playbook of car making. 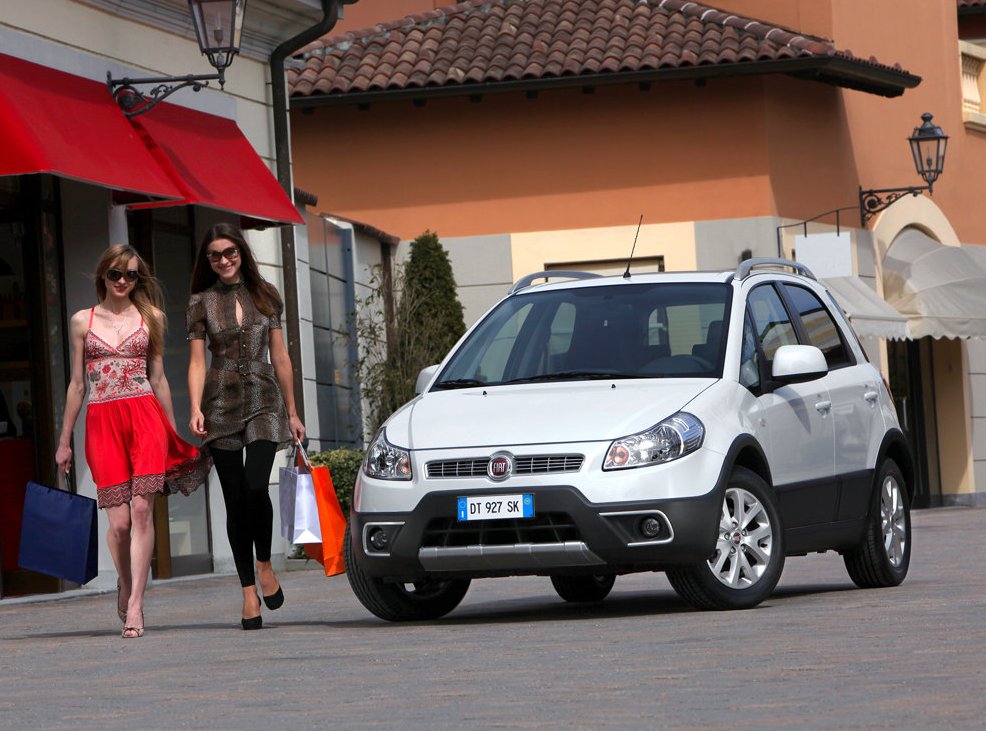 The Suzuki SX-4 became the FIAT Sedici (above), and proved to be a very popular car in Italy, and they sold in thousands, simply because it was compact, roomy, performed well on the autostrada, was cheap to run, cheap to maintain and went forever. Yes, using the real Australian phrase, “Built like a brick shithouse”.

That slogan may not resonate well with Suzuki’s ad agency, but to those in the know, it sums up one of the most appealing facets of owning a Suzuki. 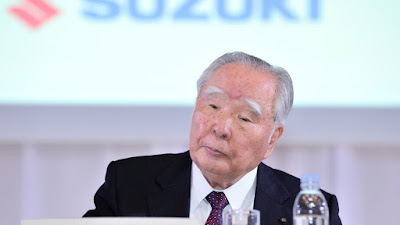 The other element which impresses me is the resolve of the 87-year-old Chairman, Osamu Suzuki, to preserve the dignity of the company and its reputation.

However after the contracts were signed, Suzuki-san because very disenchanted with the way VWAG’s top management (Winterkorn and Piech) treated both him, and the company. 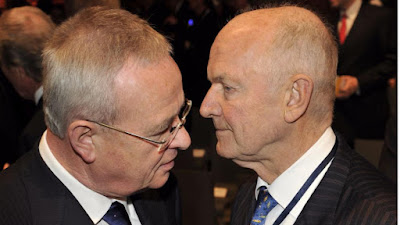 In Suzuki-san’s opinion, the VWAG executives became dictatorial and disrespectful in its dealings with Suzuki engineering management and treated the Japanese company as if it was owned by VW. 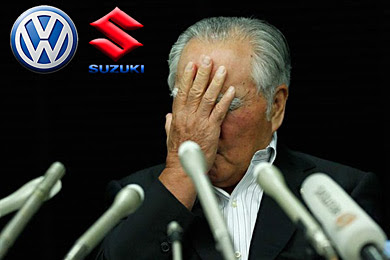 Despite a huge loss of face within Japan's business elite, in November 2011, Suzuki gave notice it was ending the partnership with VWAG and demanded it sell its 20% shareholding.

When VWAG refused, Suzuki took the German company to arbitration, which ruled in Suzuki’s favour, forcing VWAG to divest itself of the shareholding. Well done Osamu! 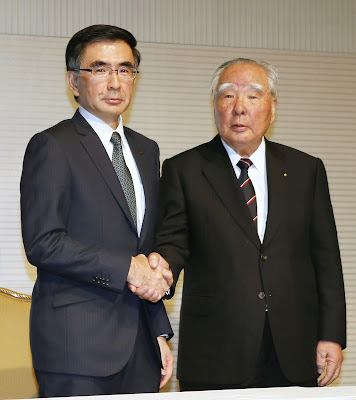 Many inside Suzuki are confident a new chapter of renewal, revitalization and change in outlook will happen under its new President, Osamu’s son, Toshihiro Suzuki, who was appointed in June 2015.

However, there’s one thing no-one can doubt about Chairman Osamu Suzuki’s leadership – he ensured Suzuki stuck to its knitting – and that’s working out just nicely thanks.
Posted by John Crawford at 11:43 AM