I’m sure we’ve all laughed at some of the crazily-styled French cars over the years; and Renault has been responsible for a few in that league. From the immediate post WW2 period, right up to the early 90s there were some very offbeat and eccentric designs spewing from French factories. 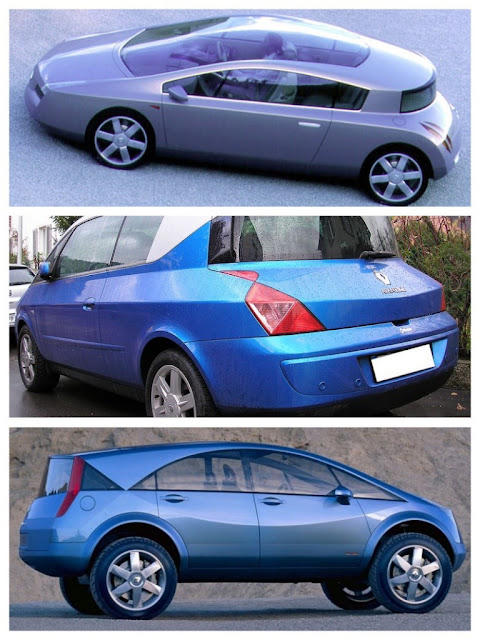 Renault’s long time head of design, Patrick le Quément was responsible for a couple of doozies – like the Vel Satis, Avantime and the original Koleos concept.

Patrick liked to doodle on his restaurant serviettes, and sometimes those weird sketches concocted over a long lunch with a beautiful Bordeaux ended up as production cars – which went down very well in France, but not so much on broader global markets.

Sometimes I think French cars were different, because the French value fashion over function.

In 2009 Laurens van den Acker replaced le Quément, and there is no doubt Renault’s management were looking to the new guy to produce more mainstream designs.

So, the end of the le Quément era ushered in whole new design language at Renault. 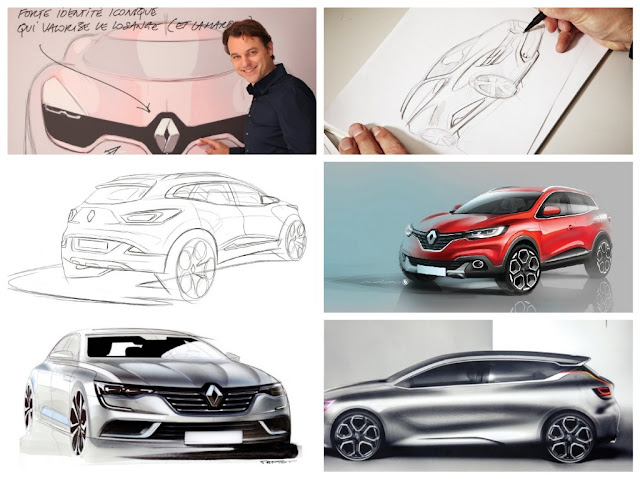 However, he moved on quickly to join J Mays at Audi; then followed Mays to Ford; and then to Mazda.

There’s no doubt that his design skills follow a more prosaic style, which is exactly what Renault wanted when the management decided to replace le Quément.

Today, I’m driving the new Renault Megane GT wagon, and not only does it look slick and smooth, but it’s a delightful car to drive.

It’s certainly more pleasing to my eye, as far as external design goes, but it is also clear that the designs now coming from PSA (Peugeot/Citroen) are following a much more mainstream theme.

So, the French have given up quirky for commercial?

Right. I guess that puts van den Ackers in the spotlight, but he seems to see design through a very commercial prism.

How are Renaults selling, since the change of design direction?

Herewith the press release announcing 2016 sales results.
Groupe Renault remains the number-one French automotive group worldwide, with 3,182,625 vehicles registered in 2016.
Groupe Renault worldwide passenger car and light commercial vehicle sales rose by 13.3% in 2016, against 4.6% for the market as a whole. The group’s share of the world automotive market stands at 3.5% (up 0.3 points vs 2015). Both Renault and Dacia brands have registered record sales. Renault Samsung Motors sales rose by 38.8%.
The group continued to benefit from buoyant conditions on the European automotive market (up 7% on 2015), with registrations up 11.8% to 1,805,290, for a market share of 10.6%.
Outside Europe, Groupe Renault achieved record sales in 2016, up 15.3% on 2015 against growth of 5.2% on the market as a whole. Volumes and market shares were up in all regions.
Renault maintains its position as the world’s leading French brand.
Okay, enough of the PR BS, let’s look at the influence this change in design direction has created.

First up, van den Ackers first project for Renault was a concept called the Dezir, which was a very striking design. 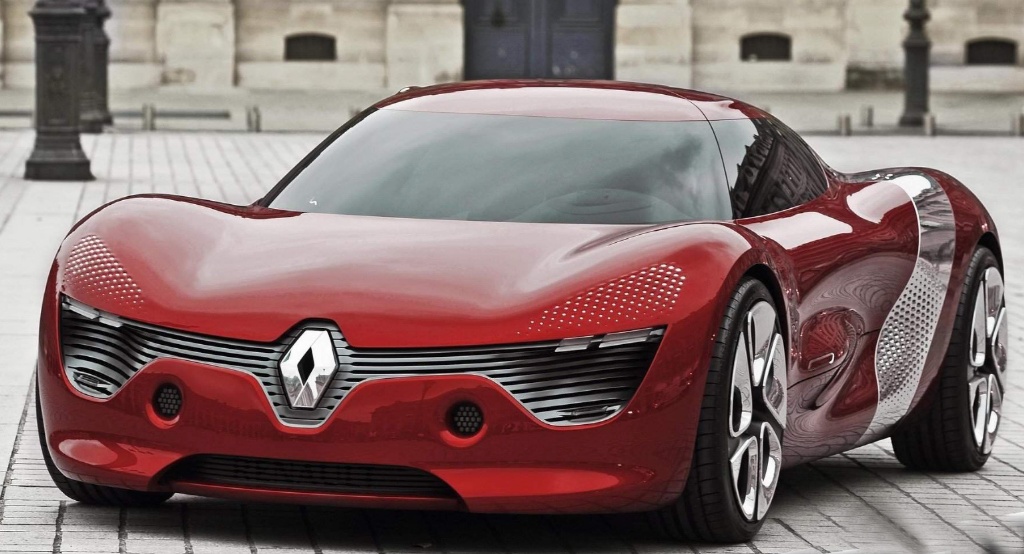 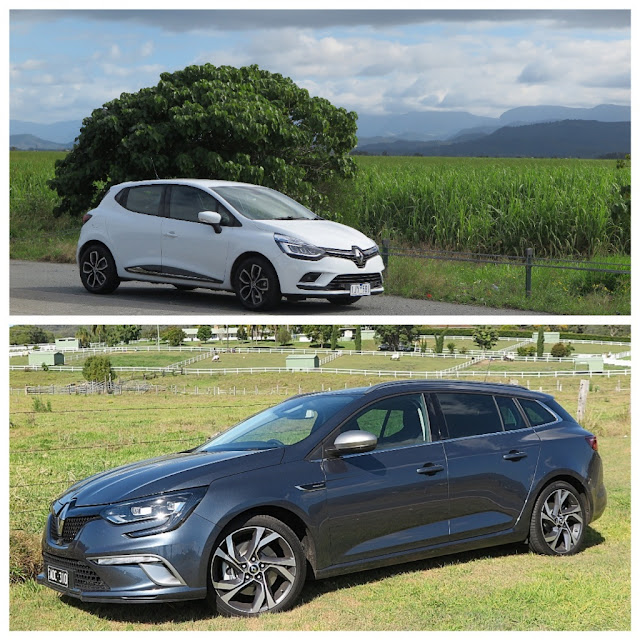 Some have suggested you can see a lot of design cues for Clio and Megane in this concept car.

However, he has moved quickly to introduce his ideas to the Renault studio and, in my opinion, I think he and his team are doing good work. Recently I compared his new Clio to Brigitte Bardot’s curves, to which a reader in France commented I had very good taste in curves.

The Megane is a very cohesive and well-crafted design. The interior is equally appealing. As much as I appreciated quirky French design, I always realized it offered no broad appeal outside France, so this move to mainstream will be good for the Regié. 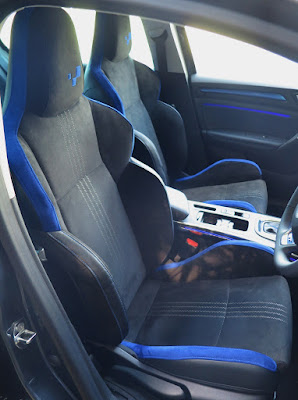 Of course, with a model badged ‘GT’ you have to have some points of difference to the range of ‘cooking models’ and that comes in the interior with a lot of blue trim items – such as seat trim accents, blue stitching and appliques on the doors, plus a very sexy blue lighting scheme on the door pads.

The highlights are subtle and sensible, but the performance of the car is anything but.

When I first planted my foot I was convinced I was dealing with a bigger engine than currently sits under the hood. 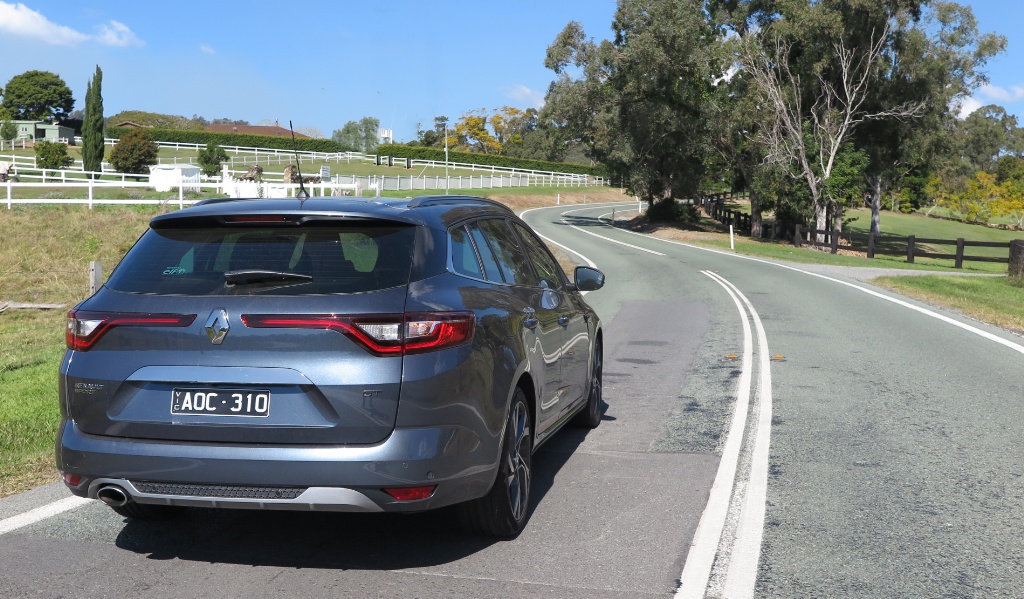 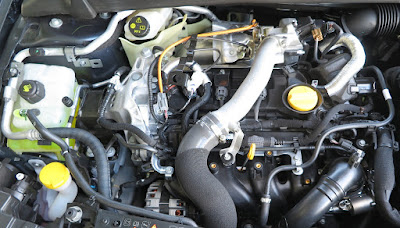 It’s a 1.6L turbocharged four cylinder with a very broad power and torque band, delivering whatever you need, in any circumstance.

The 7-speed Getrag dual clutch transmission is finely calibrated, and I could not fault its upshifts and downshifts. Driving on the paddles is a delight, and the broad torque spread, combined with the precision imparted by four-wheel-steering ensures the Megane GT wagon tracks beautifully. 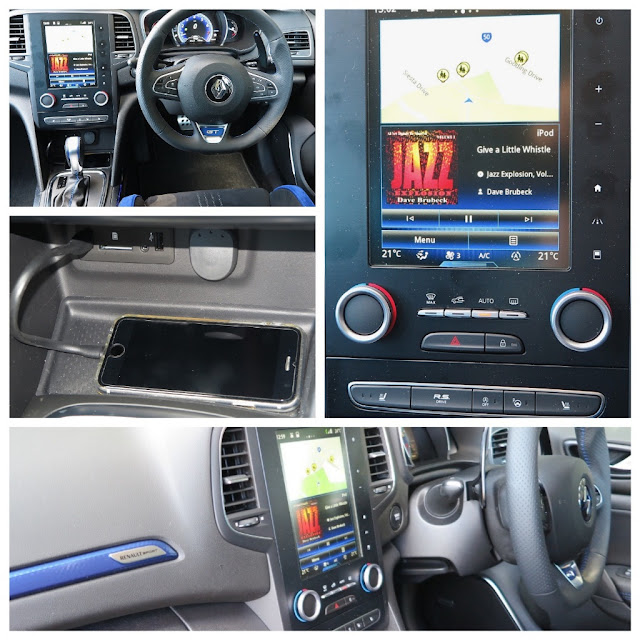 Despite its sporting pretensions, the ride is amazingly well resolved, both in terms of damping and ride quality.

It reminds me that when I started out writing about cars, it was obvious there were only a few companies which could produce outstanding compromises between ride and handling – and in my limited experience at the time that was Jaguar, plus the French companies Citroen, Peugeot and Renault.

A couple of incidental comments.

The audio head unit is not very practical at any speed above crawling. All the functions are controlled by the touchscreen, and it’s a bit hairy even trying to adjust the volume whilst driving. 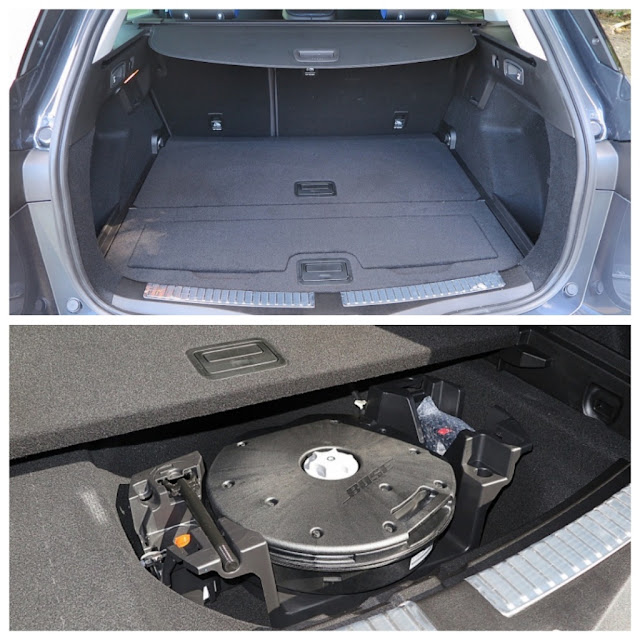 There’s no spare wheel, just a tyre inflation kit, because the wheel well is occupied by a huge Bose sub-woofer for the excellent sound system.

As wagons go, I think this is one of the best. The other reason I love it is because of the beautiful combination of performance and comfort, and the fact it is NOT an SUV. 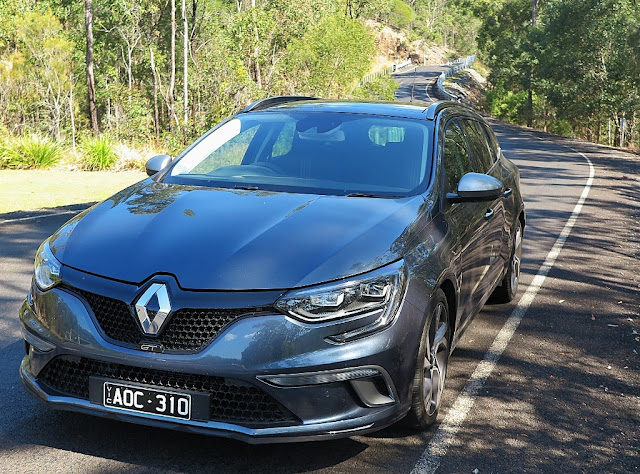 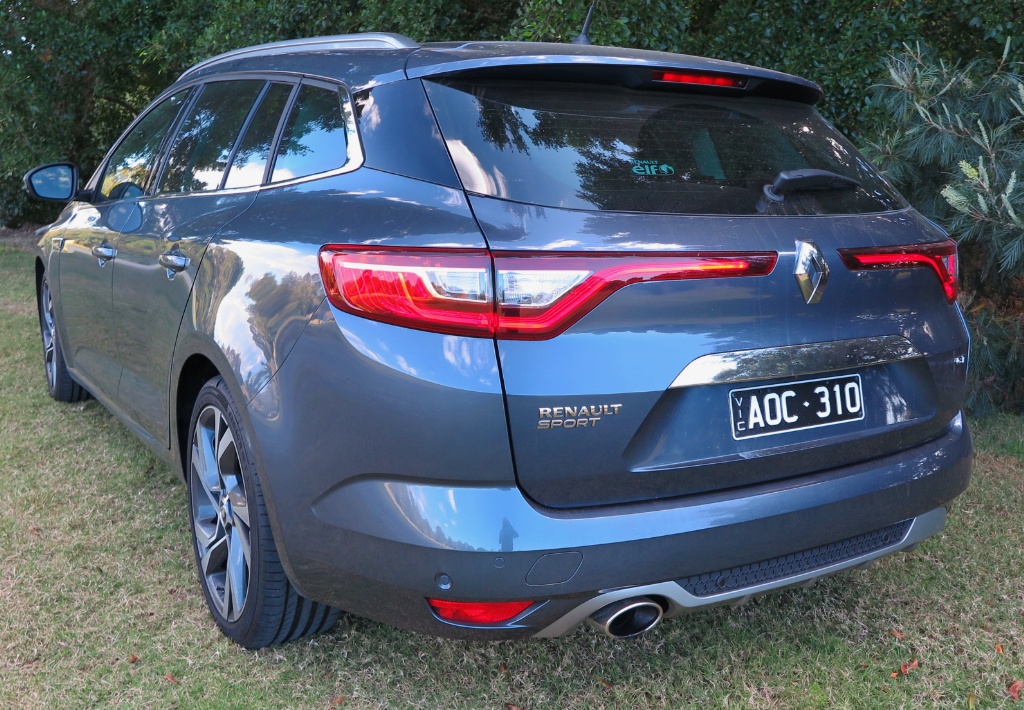 At AUD$40,000 the Renault Megane GT wagon is not a ‘deal’ – but if you’re happy with what it offers, it will deliver satisfaction for the dollars you sink into the purchase.
In addition, it's a mighty handsome car.
Posted by John Crawford at 8:36 AM