As if the demise of locally-manufactured Holdens isn’t enough to give Australian Holden loyalists the irrits, then the saga of the Holden Cruze is a story bordering on tragedy, albeit with some bright spots along the way. 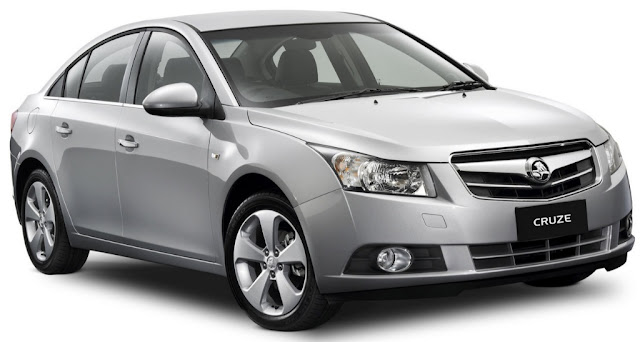 Let me say right here that it’s my opinion that the Cruze was the right car for its time; it was an excellent combination of space, comfort and quality; it was well-made (once local assembly began in 2011), but it was tragically mis-managed, and poorly marketed. Most of the downsides for the Cruze were caused by fumbles from GM USA.

Between 1997 and 2005, if you didn’t want a full-size car like Commodore, Holden’s D-segment compact offering was the Holden (nee Vauxhall) Vectra. On paper the Vectra looked the goods, but it was launched into a diminishing market segment; and on the road it was stodgy, and the styling was ‘blah’ (aka ‘bland’).

In 2007 GM’s HQ in Detroit came up with the idea for a new compact car for Chevrolet (badged as the Cruze), and David Lyon (below), who was Executive Director of Design for Asia-Pacific (based at GM Korea), was assigned the project to design and package the new car.

As Holden was in need of a compact car positioned below Commodore, GM decided Australia would also take the Korean-built Chevy Cruze.

The car was launched in Australia in 2009 to mixed reviews. Even the Australian design team at Holden admitted they were under-whelmed by the styling. Most reviews were impressed by the size, handling and interior packaging, but just about every review said it was gutless. 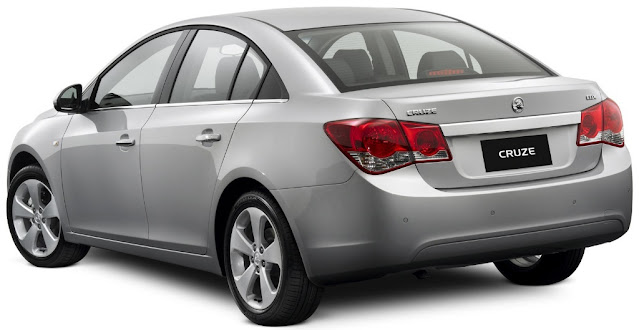 The Opel-sourced 1.8L 4cylinder offered no drag-race potential, because the petrol version’s 6T40 automatic had been calibrated to achieve better fuel consumption for the Korean market, at the expense of the performance demanded by Australian buyers. 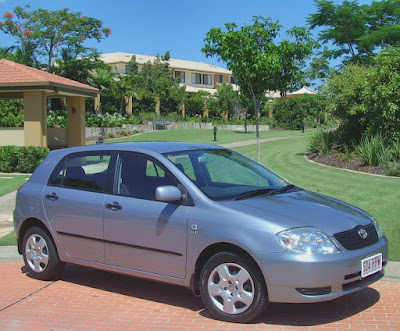 But, here we need a short history revision to trace the path of Holden’s involvement in the C-segment market.

In 1984, the Australian federal government’s Button Car Plan (which forced manufacturers to ‘share’ models) resulted in Holden introducing a new nameplate, the Astra. The first generation (until 1995) was based on the Nissan Pulsar, then a re-badged Toyota Corolla, the Holden Nova, was sold between 1989 and 1996.

After the Button Car Plan imploded, Holden turned to sourcing the Opel Astra (TR & TS) from Germany from 1998, which for a short time almost became Australia’s top-selling small car – however, its potential dominance was limited by a high ex-factory pricetag, and its competitors’ better dynamics.
It lasted until 2004, when it was replaced by the (AH) Opel, sold until 2009.

By 2005 Corolla was again dominating the Australian family car segment, so the Cruze introduction couldn’t happen soon enough for Holden.

In product terms there were big changes in design and equipment, to make the model more competitive – and for a while it looked like Holden really understood Cruze’s potential. Cruze’s biggest sales year was 2011 – 33,784 cars. 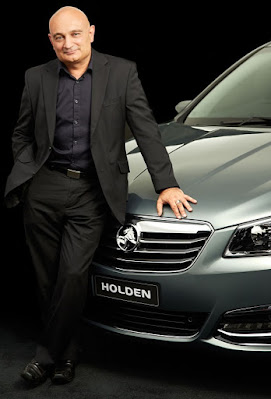 The Holden design team wanted to make some styling changes, to the nose of the car. Design was led by Richard Ferlazzo (left), and the aim was to change what the Aussie designers thought of as a rather plain approach to the integration of the grille, lamps and surrounding body panels.

Ferlazzo felt the original design had ‘presence’ thanks to proportion, stance and wide wheel arches, but the grille and surrounds did not match what he thought was the potential to make a bolder, more sophisticated design statement.

The Holden team created a design which had the headlamps ‘flush’ with the bodywork, because the then Chairman, Mark Reuss, wanted a unique look for the Australian Cruze – compared to its Chevy counterparts.
Here are the key changes developed by Richard Ferlazzo and his team to differentiate the Aussie-built Cruze. 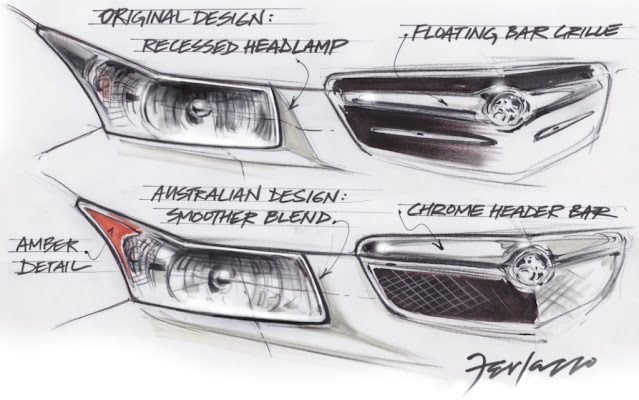 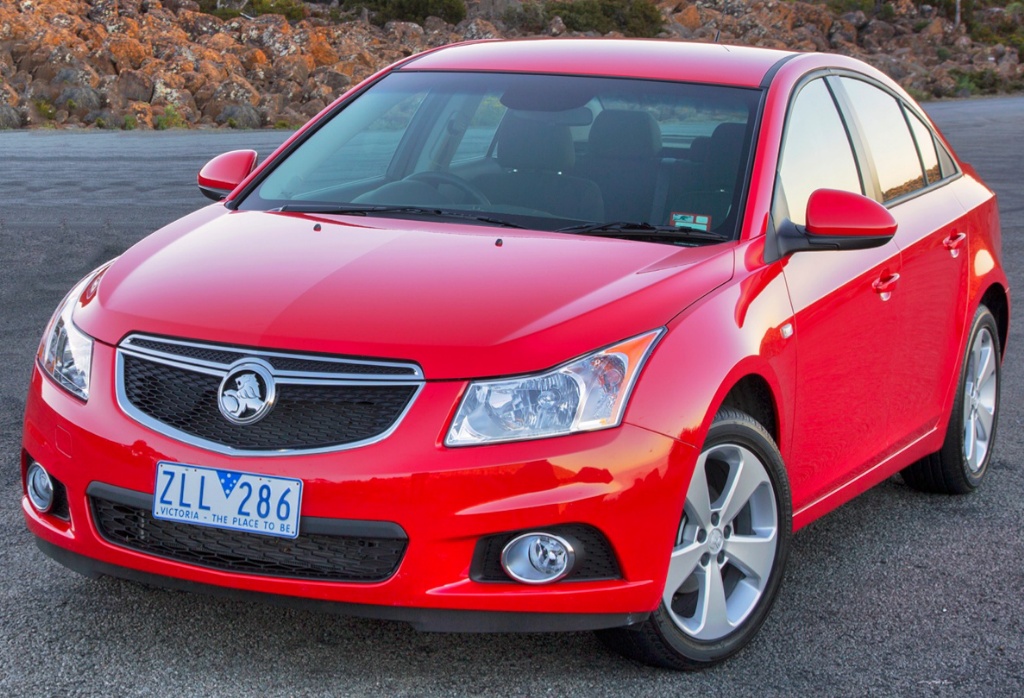 Ferlazzo’s team also styled specific bumper treatments for the Sri and Sri-V Sport variants. In addition, the Holden design team was assigned the task of developing the five-door Cruze hatch for all global markets. 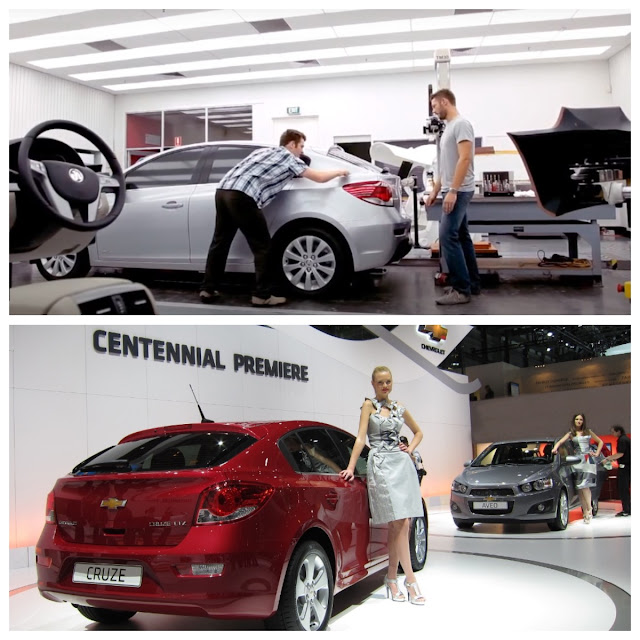 Despite selling almost 34,000 Cruze in 2011, the model began a slow decline in sales, and the reasons for that are obvious to anyone with a close knowledge of the internal financial tensions within GM USA.

Cruze had been riding high, but Holden was beginning to see deterioration in Commodore sales, and as its main revenue earner Holden's focus switched almost completely to funding new Commodore models, with added equipment, new design and more marketing budget, to move cars on which sales had begun a decline which led to its eventual death.

In the USA, after GM’s Bankruptcy, brought on by the Global Financial Crisis (GFC), the restructuring of the Corporation ushered in wholesale change to how projects were funded and developed.

GM bean counters, and more importantly, new Directors who came from ‘outside’ the auto industry began reprofiling how funding decisions were made.

Post-bankruptcy internal budgets were controlled very tightly for every aspect of the business (product development, marketing etc) and were allocated as a fixed proportion of projected corporate annual revenue.

Unlike before bankruptcy, no incremental increases in budget were granted even if a positive business case was created

Truly global architectures and powertrain families would obviously rise to the top rather than unique local market variants - we've seen that thinking continue with decisions over the last 5 years to axe passenger car lines to free up capital for higher margin SUVs and Trucks (both Ford and GM), also the axing of most global manufacturing and assembly operations in Africa, India, Australia and Asia, to focus on the Americas and China.

Before the GFC, GM’s profit margins were half the industry benchmark, forcing the ‘new’ Board to take tough decisions to ensure margins grew. This set GM on a new and different path with, as stated, everything (production/labour/marketing) becoming a fixed percentage of revenue. This tough stance impacted a number of models, many (especially passenger cars) simply disappearing.

Needless to say, under this new dictum, as far as Cruze was concerned, Holden completely switched its full attention to ‘saving’ Commodore. Marketing budgets for Cruze evaporated and the car which had the potential to ‘bolster’ both Holden’s status and revenue was left to founder, with Cruze sales in 2014 falling to just 18,554.

Production ended in 2016, and the final JH Series II Cruze was replaced temporarily by Cruze sourced from Korea (below). On that model the front headlamp and surrounding sheet metal reverted to the original profiles. 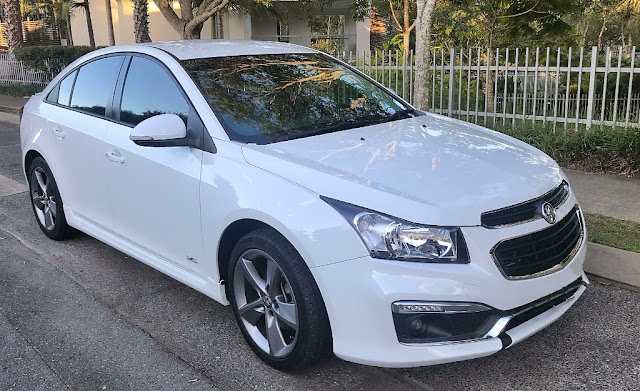 Cruze was finally replaced by the German-sourced Opel Astra hatch, and the Korean-sourced Astra sedan, which nonetheless boasted a unique Australian-designed front fascia.

Holden Cruze was a good car, bordering on a ‘great’ car, and its later performance improvements thanks to the introduction of the 1.4 turbo engine, and lighter 6T30 automatic transmission, ensured it was possible to retain a competitive place in the Australian market - but not after the marketing money tap was turned off. Farewell to the Cruze.

However, rather than leave you with the impression that the J300 Cruze was a 'dud' - by April 2016 Cruze had cumulative worldwide sales of 14 million units - a significant commercial success.

Posted by John Crawford at 2:59 PM