ITALY'S AERO 3 - AERODYNAMICS WITH THE TOURING TOUCH by John Crawford

Wings, fins, spoilers and diffusers have never been more important in automotive design, but today ‘aero’ is an essential element of design, from a humble Hyundai, to a coach-built, bespoke creation costing hundreds of thousands.

Touring Superleggera of Milan, probably Italy’s last remaining full-service carrozzerie, boasting an exceptional reputation and history of beautiful designs, has produced another outstanding original example of this coachbuilder’s art, and aura for defining spectacular - the AERO 3.

Touring hit the headlines in 1949 with one of Ferrari’s most beautiful sports cars, the 166 MM Barchetta. Just six cars were produced, designed by Touring’s founder, Sr. Anderloni. 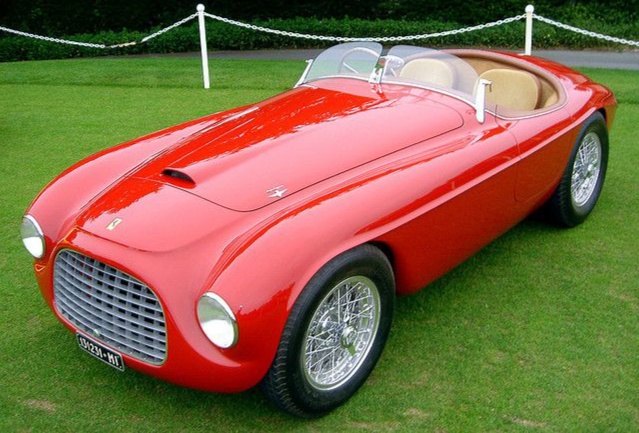 However, the elegant simplicity of the 166 MM's design, and its sinuous, flowing shape, came to define Touring’s credentials as one of Italy’s most important automotive design houses.

History was cruel to the Italian carrozzeria, and Touring (like many others) folded, in 1966, but was revived (in 2006,) and has survived, building unique designs on donor platforms, provided by its loyal customers. 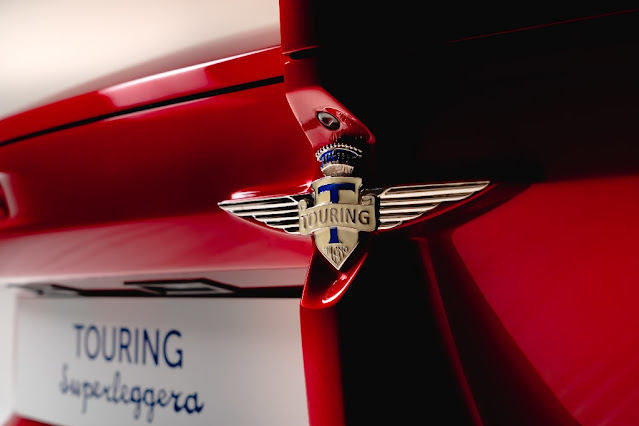 If you’ve followed DRIVING & LIFE for a while, you will know I hold this small Italian artisan company in very high regard. I have posted many stories of its most recent re-imaginings of Italian classics, like the Alfa Romeo Disco Volante and the Maserati Sciàdipersia.

Design is led by Belgian designer, Louis de Fabribekers (above right), whom I have interviewed a number of times at the Geneva Salon, and I am always impressed by his skill, and more importantly, his quiet humility.

Just a glance at the design sketches reveal a lot of what is called 'tumblehome' (where the top of the cabin tapers inwards), and in Plan View the teardrop shape immediately stands out as an important element in the overall design.

However, in addition to the cohesive exterior, it is clear no effort has been spared to deliver a thoroughly-beautiful and functional cabin and instrument panel. 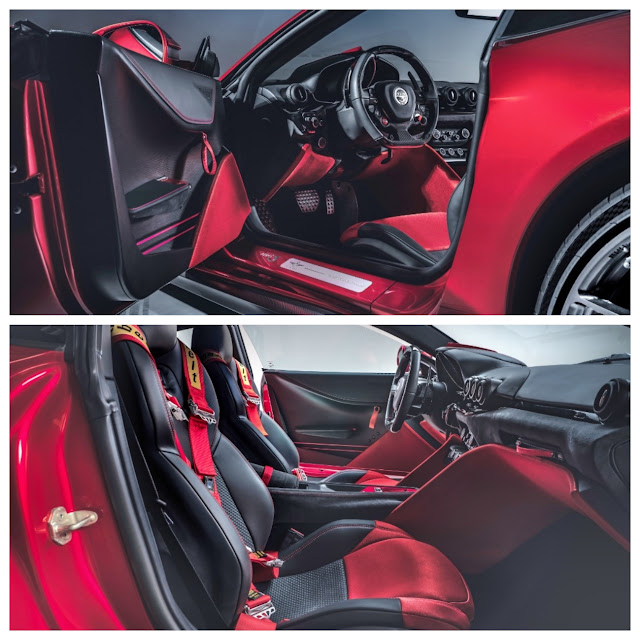 While the sculpted flanks give the shape dynamism and suggest power, and the large, muscular bonnet fires the imagination with promises of invigorating performance, the emphasis is on Touring’s signature balance of proportions and lightness of touch.

Similarly, the rear fin, often called a shark fin on the outright racing cars where they are now commonly found, reflects pioneering “wind profile” studies into aerodynamic theories of that golden age by Touring in the industry’s first wind tunnel, in the 1930's. This detail, while a characterizing feature of the current design and a strong statement on the company lineage, is nonetheless artfully blended into the visual satisfaction of the overall machine.

“The idea of a fin was born as a prominent but very natural extension of the teardrop shape of the passenger compartment”, according to Louis de Fabribeckers, Head of Design for Touring, “and the purest way to illustrate the essence of Streamline Style. In the case of the AERO 3, the fin contributes to the aerodynamic function, but, importantly it also evokes Touring’s aerodynamics legacy, from the 1930s.”

Refreshingly, the Touring Superleggera 'design personality' does not so much appear trapped in a formal design language that cannot be violated, but is focussed on reaching a pleasing rapport of visual weights and purity of line, regardless of where design inspiration leads.

The company is already famous for the skill and dedication of its whole production team. 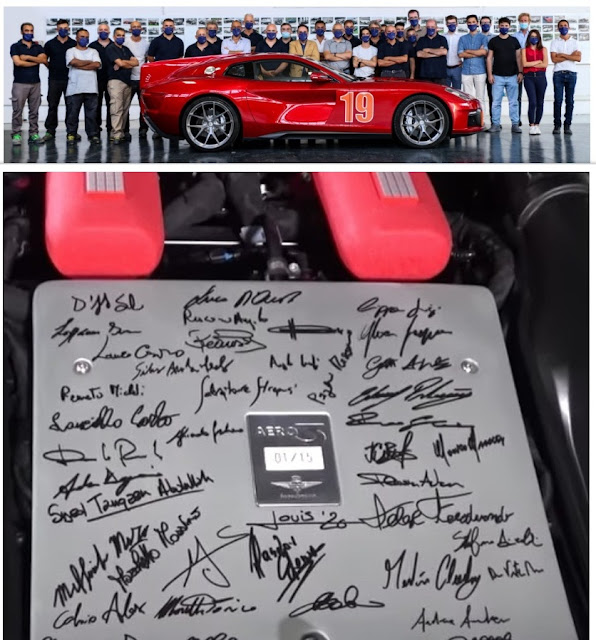 The result is a creation that goes beyond the notion of any compromise between dynamism and elegance of shapes, and celebrates the concept of aerodynamics in every detail.

The donor car for the AERO 3 is an Italian V12 thoroughbred. In fact, the Ferrari 812 Superfast would make an ideal starting point.

Before any physical construction begins, Touring conducts an engineering study of every detail of both the donor car, and the initial design proposals, with particular attention to safety, structural evaluations, and naturally aerodunamics.

The production process is fully-documented and thus reproducible, to guarantee not only consistency, but also a constant quality level.

Assembly is carried out using a reference cage to perfectly position the components in three dimensions. 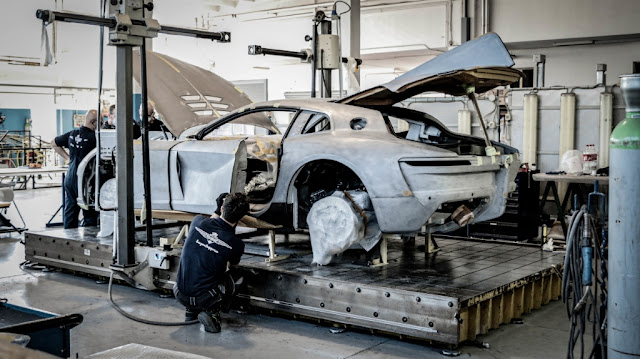 Touring Superleggera has, in my mind, 'done it again' producing a beautiful, yet unique shape, able to deliver on all the promise suggested by the stunning styling.