BENTLEY IN AMERICA - MAKING A MARQUE (Part 1) - by John Crawford

Really, the USA sales data for 1998 framed the challenge for the then 80-year-old British upper luxury marque – Rolls-Royce sold 1315 cars, Bentley sold 314. As a Brand, Bentley was invisible!

Volkswagen Group had acquired Bentley after a very public legal tussle with BMW Group, which ended up with the better-known brand heading to a new home in München, leaving most to assume VWAG got the raw end of the deal, via some sloppy trademark investigations and ineffectual work by VW’s legal team.

However, when the dust had settled, VW’s Chairman, Ferdinand Piëch insisted he got the brand that meant more to him than the stuffy, pompous luxo-barges bought by British toffs, and self-made men who merely wanted to emphasise how successful they’d become.

I was headhunted to lead the PR effort in the USA in October 1998, and by the time I was interviewed by Dr. Piëch in his Wolfsburg office in February 1999, it was clear there was a lot of work ahead, to take Bentley from zero to hero in the world’s biggest luxury market. 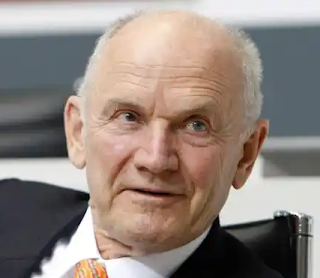 The VW Chairman told me that there would be no budgets for advertising, marketing or promotion. It was his view that a sustained PR campaign was the way to deliver visibility and presence for Bentley with US buyers, and that’s where the resources would be directed.

He then told me I had been highly recommended by the former Chairman of the British company, Graham Morris, and he would leave it to me to create the appropriate PR approach.

From December 1998 to March 1999, I regularly commuted between Sydney and Crewe, returning home via the USA, so I could catch up with initial progress being led by the young new President, Alasdair Stewart (below). 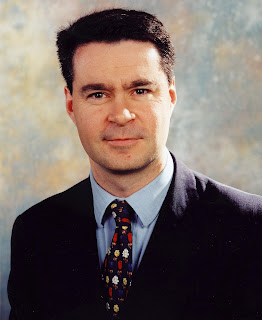 It turned out many of the existing dealers treated ‘sales’ as an unwelcome activity. They were content to have a Rolls-Royce demonstrator, which would be provided for their wives to drive. As there were few marketing stimuli, nor sales bonuses, nor marketing plans, the dealers simply waited for a potential buyer to come in and place an order for a Rolls-Royce – often paying for the car with a briefcase stuffed with $100 bills!

I think most of Alasdair’s activities in the first six months was telling dealers he expected them to step up and ‘sell’ cars, a demand which often resulted in dealers deciding it was all too hard, and handing back the franchise. Which was a great outcome, saving our company millions in compensation.

However, there was a delicate balancing act in play. Dr. Piëch had assured BMW AG Chairman, Berndt Pischetsrieder, that VW would hand over the Rolls-Royce brand to BMW in 2002 in 'good order and condition'.
This ‘gentleman’s agreement’ boiled down to me having to devote at least one third of my meagre PR budget (and activities) to supporting Rolls-Royce, a brand we would lose in three years.

We introduced two new models, a Corniche convertible which was identical to the latest Bentley Azure (although wearing the ‘Parthenon’ grille and Flying Lady); and the Rolls-Royce Silver Seraph ‘Final Edition’. We quit the brand in 2002 after selling all the cars shipped to the USA, so – job done! 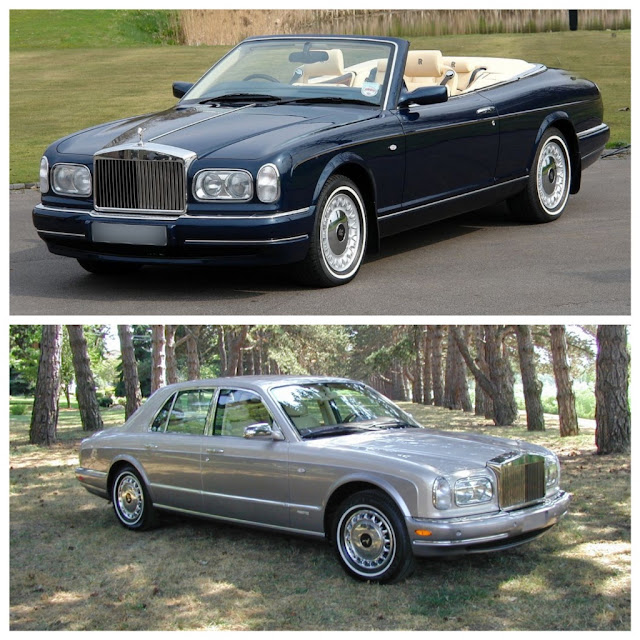 Now, finally, to Bentley, and how to shift focus on a brand few Americans (even the wealthiest) knew anything about, let alone have any impetus for demand for this invisible marque.

Early in 2002 we got humiliating insight into the status of recognition of the brand. We held a research clinic in New York City, where 30 or so carefully chosen wealthy potential customers were invited to an anonymous hotel ballroom, where six identically-painted competitors’ cars were arranged, all with their badges removed to avoid identification. 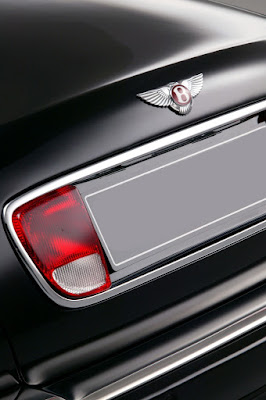 Problem was the clinic staff were concerned about removing the Bentley’s winged badge on the trunk lid, fearing it would be damaged, so they left it on.

During the morning a purple-haired matron summoned one of the clinic staff over, and pointing at the Winged B badge, asked: “What’s this car, honey, a Buick?”

The outcome was the realisation that although she was in the target group, it would be a tiny group.

So we had to rethink the whole exercise and come up with a PR plan to broaden visibility of the marque, and create demand across a far wider cross section of the top 1% of Americans.

Thanks to my former role as Vice President for Public Relations with Jaguar Cars North America, I already enjoyed excellent relations with the top echelon of the American motoring press, and I determinedly, struggled through one of North America’s biggest-ever blizzards in January 1999, to attend the North American International Auto Show in Detroit.

After re-acquainting myself with all of the magazine editors, market strategists and auto journalists whose opinions I deeply respected, I began to assess both the scale of the challenge, and started to plan the PR strategy for the next two years. 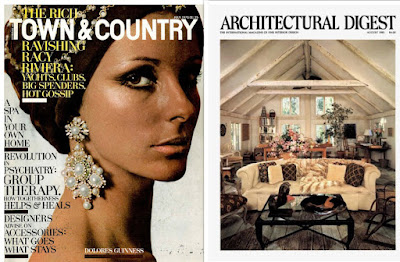 Clearly, this battle to create a visible presence for Bentley needed a multi-layered approach. The brand produced only expensive premium luxury cars, so the targets would be best reached by what was being newly-christened, the ‘Lifestyle Media’. However, using Lifestyle magazines to reach luxury car buyers was (at the time) a completely ignored channel, which needed support from the specialist automotive press.

I figured the program would probably take about three years to have any impact, and it was vital that the automotive media was fully informed and briefed on the attributes of the Bentley brand, and to simplify communications I created a three-word communication to be used by all our executives and dealers during that time. We told anyone who would listen that Bentley was all about ‘Power, Performance and Presence’. 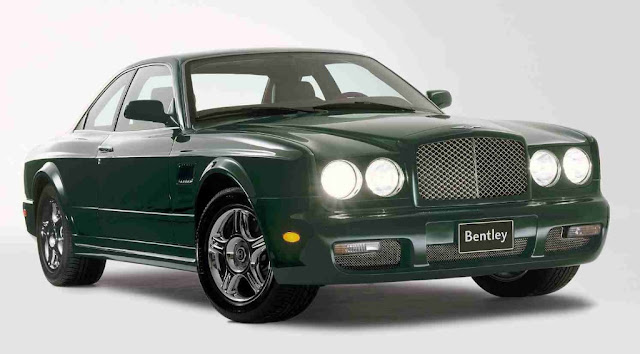 This brief description strongly resonated with one of the key, new target markets – the music icons, like Sean Combs (P.Diddy), and other rappers and recording stars.
It may have been seen as irrelevant to establishing Bentley’s credentials with the more conservative elements of the market, but the speed with which the stars’ car choices resonated through the media would speed up the process of establishing Bentley’s status founded on ‘Power, Performance and Presence’.

However, we spread Bentley’s appeal across the sporting arena as well, attracting basketball star Shaquille O’Neil to the Brand by building him a personally-commissioned Bentley R coupe, which could accommodate his incredible height of 2.16m. 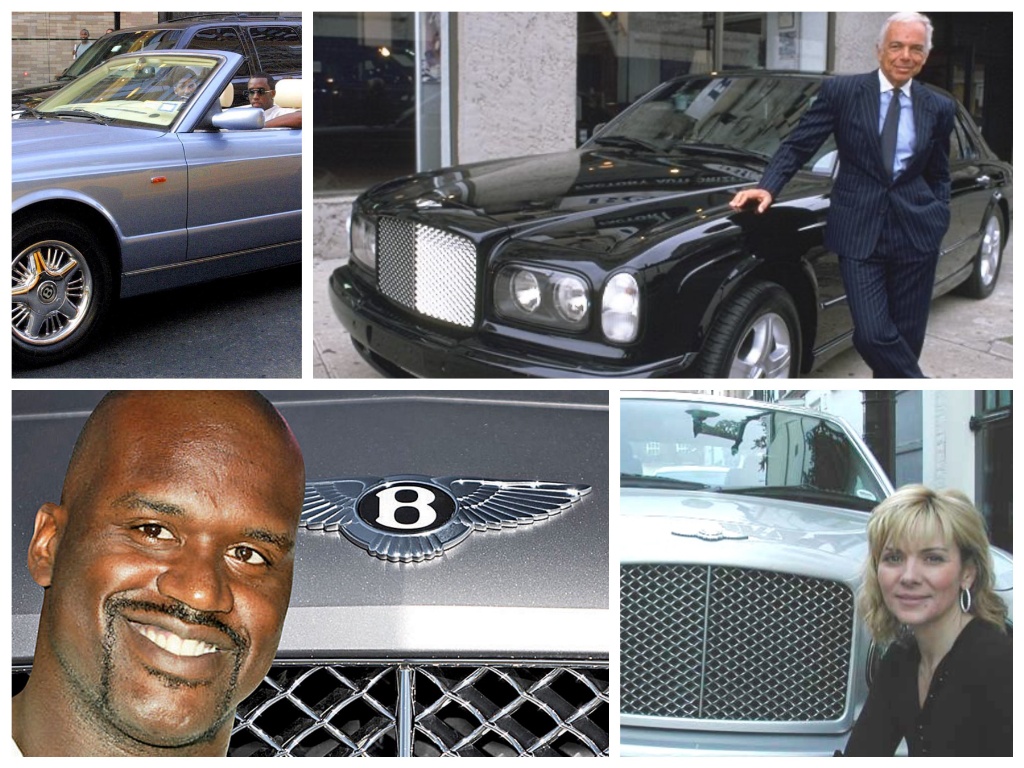 A short time later we managed to co-opt help from actress Kim Cattrall (‘Sex & The City’) by ensuring she had the use of a Bentley R coupe, to visit her weekender in the Hamptons.

Once these associations broke cover in the media, we were ‘on the way’.