After VW's acquisition of Bentley in October 1998, Dr. Piëch told the Bentley team in Crewe that something was needed to 'get the ball rolling' and we should do something 'spectacular'.

During its ownership of Rolls-Royce & Bentley Motor Cars, Vickers plc had kept the resources tap tightly turned off. Bentley Motors had no funds to do anything, let alone anything 'spectacular'!

In December Dr. Piëch called in VW's Design Director, Hartmut Warkus, to come up with 'something'. This was December, and the Geneva Salon is the first week of February!

Dr. Warkus certainly delivered something 'spectacular'. When the new Bentley Chairman, Tony Gott, whipped off the covers, the Hunaudieres concept took the crowds' breath away - it was spectacular!

"Wow" was heard all over the place. It wasn't a 'runner', but VW had created a W16 engine on a stand which was said to be the planned engine for the concept car. 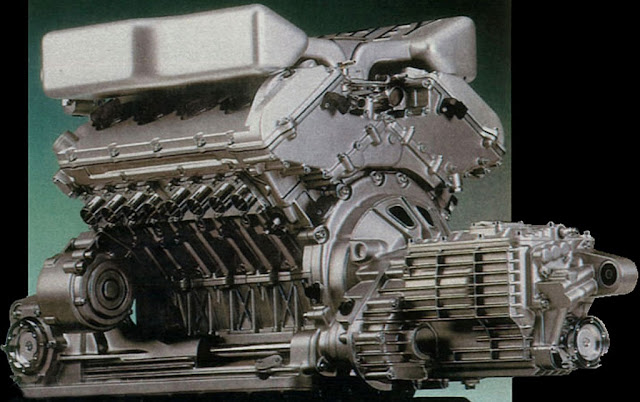 What we didn't know was that VW never intended to build the car - it was just intended as a 'show stunner' - and it certainly was that.

Needless to say Bentley trucked it, and air freighted it to every American function we held in 1999 to 'announce' the 'new' Bentley Motors. I was able to persuade Tony Gott that we should show it at Pebble Beach in August 1999, and that's where this photo was taken - on the Concept Lawn. 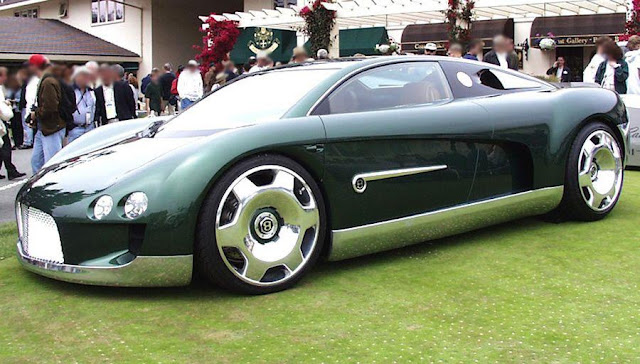 On my first official visit to Wolfsburg in June 1999, during a tour of the design studio, I had learned the true background to the Bentley Hunaudieres, and its 'future'.
Because time was of the essence Wartmut and his team used a Lamborghini Diablo platform as the basis for the Bentley. The W16 engine was created by putting two Audi V8s together.
During my tour of the studio in June, one of the clay modellers had shown me finished drawings of a hypercar, wearing Bugatti badges, but whose lines were clearly similar to the Hunaudieres. The project code was EB 16/4. 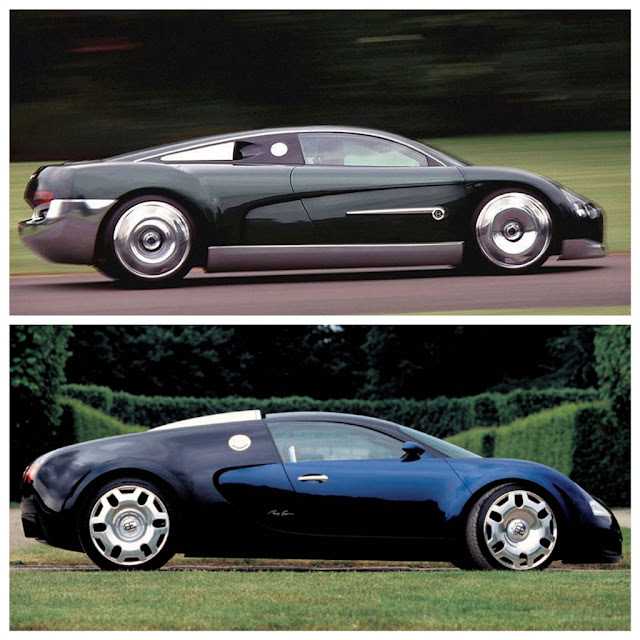 Hartmut Warkus is credited as the Bugatti Veyron's creator, but the exterior team was led by VW designer Jozef Karbañ. The EB 16/4 featured the four-bank W16 engine architecture, with four turbochargers, and a 7-speed DSG transmission.
In fact TWO projects were developed at the same (both intended as Veyron, directed by Dr. Warkus). The second concept was drawn by Andy Mindt. So Karbañ's design became the Veyron; and Mindt's design became the Hunaudieres. 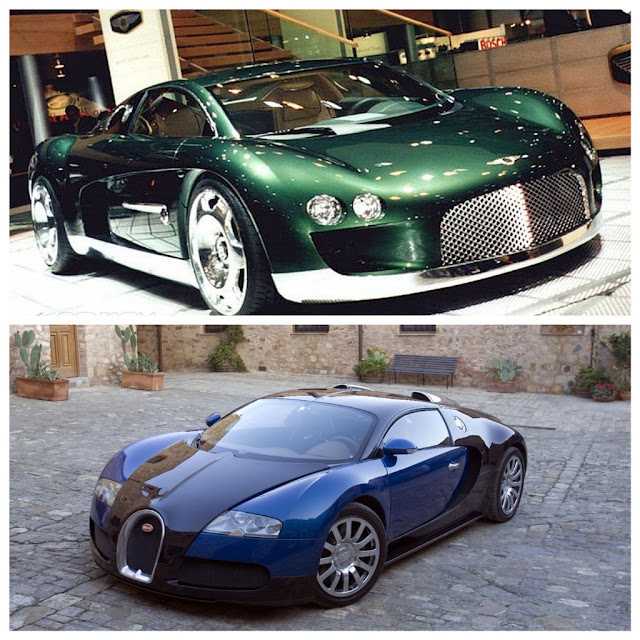 Just 350 original Veyrons would be built, at a million U.S. dollars each, but the Veyron did boast 1001bhp! Bugatti sold them all!

NOTE: At the end of 1999 the Hunaudieres went into storage in Wolfsburg, until VW finished building its AUTOSTADT 'marque park', and it was placed on permanent display in the Bentley pavilion.

Posted by John Crawford at 1:40 PM