Bathurst on a Supercars weekend is not the right time or place for a Subaru Forester.

The rolling pastoral land around Australia’s first major inland town, traced back to 1817, is fine and dandy for touring and visiting in one of the world’s very first crossovers, but Mount Panorama is still sacred ground for the people who worship homegrown Aussie V8 muscle.

Thankfully, even the sporty-ish Forester Sport - laden with bling and tech, despite sitting in the middle of the current Forester line-up - is so unremarkable that it’s easy to hide in any of the parking lots sprinkled around the circuit for the start of the 2021 touring car championship season. 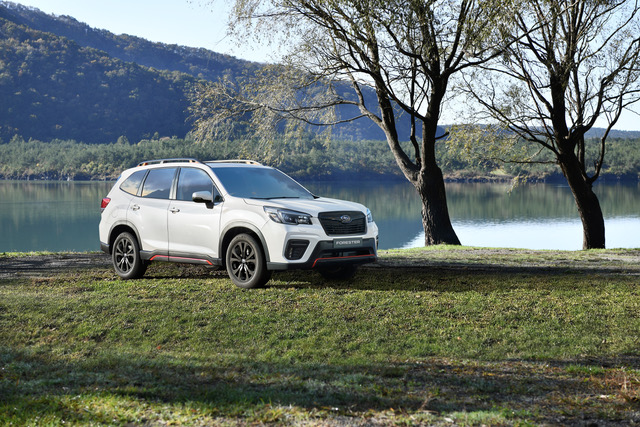 Actually, finding it after the racing was one of the tougher jobs each day . . .

The Forester was not in Bathurst to race, or even spectate at the racing, but at the end of a long-distance test of its suitability for a modern family that likes to drive.

The mid-sized Subaru sits in one of today’s SUV hotspots, without actually ticking the boxes for a lot of the families who are drawn to the class.

It’s more like an old-school station wagon than a big boxy 2021 SUV, although it has grown a lot since Subaru first realised there was a growing demand for an Impreza wagon that packed more space inside a bigger body without increasing the overall footprint. 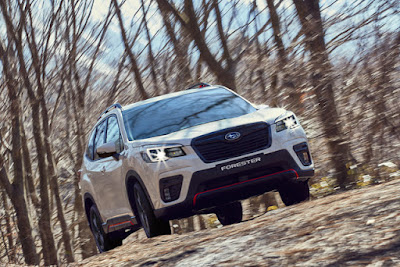 The Forester has always been a sweet ride, and the new one is no different. And it still has Subaru’s signature all-wheel drive system, which means it is fine for bush tracks and the beach on weekends.

It’s easy to live with, ticks the right boxes for long-distance driving, has the right amount of space for a 2+2 family, and has all the traditional strengths - quality, quietness and comfort - that have allowed Subaru to over-perform in Australia, for decades - measured against its global sales.

The other good think about the Forester is the Eyesight safety system, which packages all of the latest driver-assist technologies - from auto safety braking to lane-keep assistance - under a single banner. 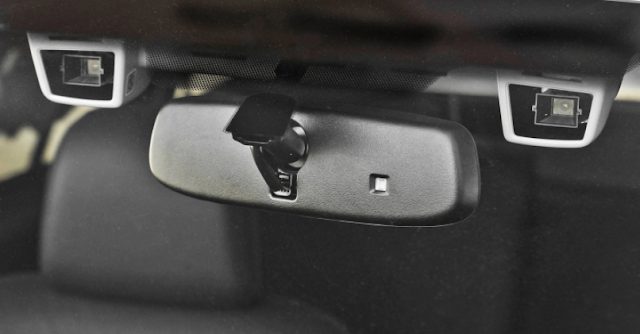 The stereo cameras at the heart of the system are a bit too prominent for my liking, set either side of the rear-view mirror, but I know from the smaller XV model that they will shrink and improve over time.

When I first came to the Forester Sport I liked the look of the black alloy wheels and the gold-painted accents in the cabin, as well as the level of standard equipment including Apple CarPlay, and the upscale interior trim. 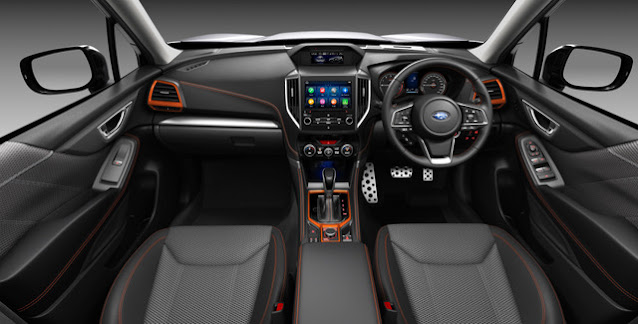 But I was less than happy to return to a Japanese car with a CVT transmission instead of an old-school automatic. Apparently, they are good for emissions and economy - and I did average 6.7 litres/100km over more than 1000 kilometres of driving - but their response is sluggish and, to me, they make the driveline sound like old-fashioned clutch slip.

Still, you adjust, and there was plenty of other stuff to like. The seats are comfortable, the car is quiet on all road surfaces, it sits easily at the speed limit and has reasonable - but not great - overtaking ability.

The headlights are also great, with automatic control of the high beams that ’shape’ the beam to give maximum coverage without dazzling oncoming vehicles, and I like the overall dimensions, which provide plenty of space without creating a giant booming box to satisfy SUV buyers. 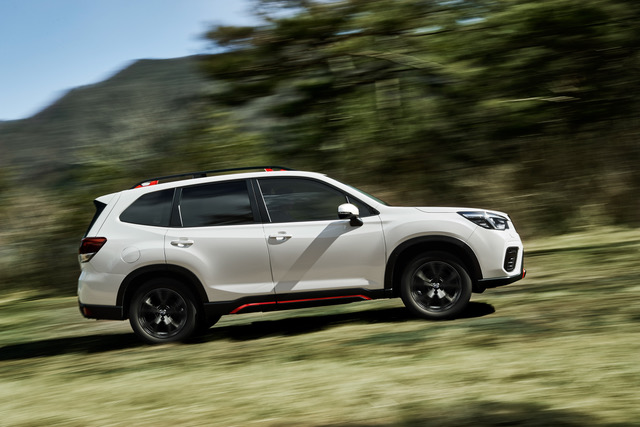 All-in-all, and after one of my longest test drives since the arrival of Covid-19, I’m happy and impressed by the latest Forester.

Posted by John Crawford at 3:28 PM