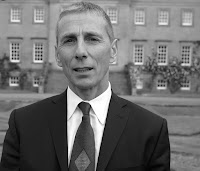 Johnny Dumfries, 7th Marquess of Bute, has died of cancer at the young age of 62, and it is a very sad loss for those of us who observed him close-up in his motor racing forays.

Johnny was a loveable, genial and yet serious racer, who had an impressive F3 career, who competed as a teammate to Ayrton Senna, raced Lotus in Formula One, but most importantly, in my opinion, he was part of the team which won the 1988 Vingt Quatre Heures du Mans for Jaguar.

I was there that day, with tears in my eyes as the marque won for the first time since 1957. He mounted the winners’ podium with his teammates Andy Wallace and Jan Lammers. 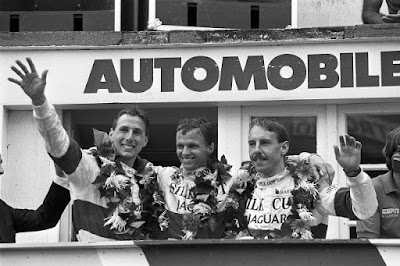 Up until it began to rain on Sunday, Porsche had Jaguar’s measure, but when it rained the 962 co-driven by my mate Derek Bell was able to take the lead

However, when the rain stopped the Jaguars regained the lead, because all the 962 Porsches were suffering from high fuel consumption. 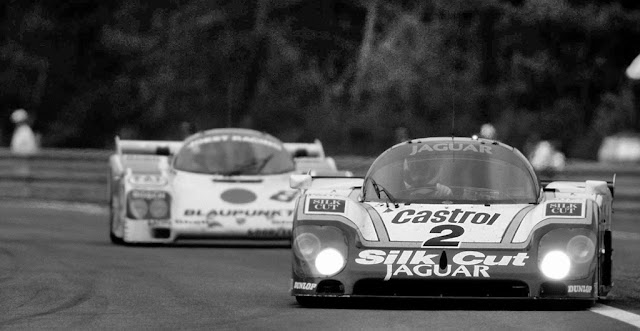 It wasn’t until after the race, Tom Walkinshaw announced that the gearbox on Jaguar #2 was a bloody mess. He had been telling the media toward the end of the race, they had slowed the car to save fuel – so car #2 literally limped across the line, with the other team cars lined up behind (1st; 4th; 16th). 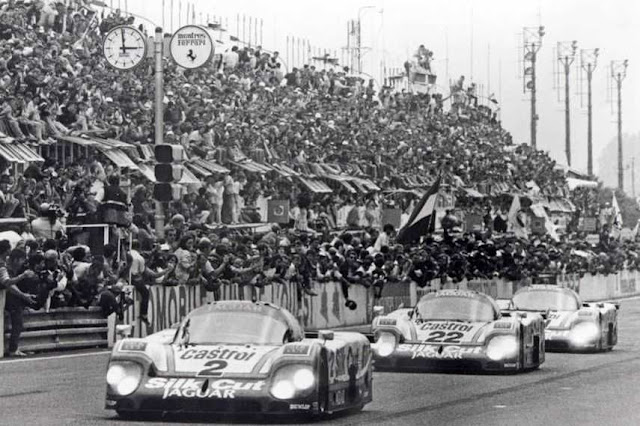 Whatever! It was an historic victory.

I started attending the 24 Hour race in 1984, and after missing out in 1987, 1988 was a really full-bore effort by TWR, because Jaguar had made a huge investment. 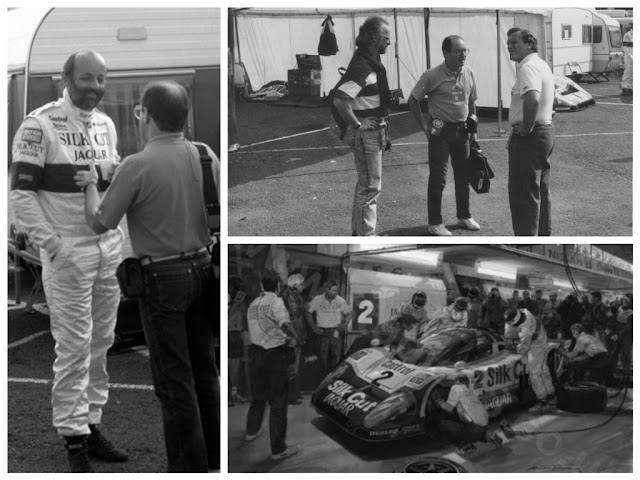 In the paddock I had a chance to follow every development, discussing tactics with Henri Pescarolo, and keeping up to date with TW himself.
Occasionally I managed to watch the action in Pit box #2.

That year I did have a brief connection with Johnny. Part of the duties of members of the Jaguar driving team, was that drivers were required to occasionally ‘drop in’ to the Jaguar hospitality suite to hob-nob with Chairman Sir John Egan, Board members, celebrities and other executives. 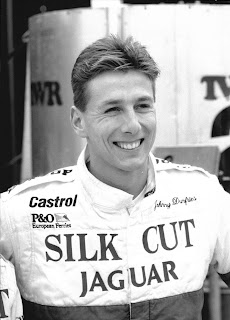 Mid-morning on Sunday, Andy Wallace and Johnny Dumfries stopped by, and after Andy returned to the pits for another driving stint, Johnny appeared to be at a ‘loose end’ and was clearly uncomfortable with all the fuss.
I said to him: “Do you want me to rescue you?” To which he replied: “Please.”
After we had left the enclosure he said, “I should have eaten something, I’m starving.”

It was then I suggested I take him to the Grand Marnier crepe stand, and we could have a couple of the famous orange liqueur-flavoured crepes. 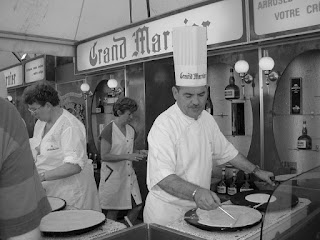 We had a brief, but enjoyable time together. He was a pretty quiet bloke, amicable and jovial, but at the same time, serious.
He was a good pick for a long-distance racer, because he was neither impetuous or unpredictable.

After he retired from racing he returned to the tiny isle of Bute (50 square miles – 122 hectares) to take over the reins of the family estate and family home at Mt. Stuart. 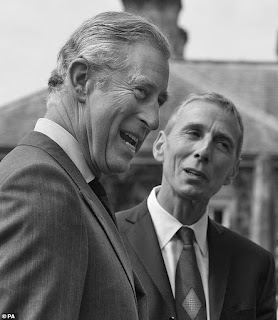 Just 7000 people live permanently on Bute, which is served by a car ferry from Wemyss.
History will show he was a steady manager, great family man, a philanthropist and worked tirelessly for the residents of Bute up until his untimely death.

Everyone who came in contact with him admired him, and his racing record speaks for itself.

Posted by John Crawford at 1:34 PM