WINNERS ARE GRINNERS by John Crawford

My good friend Roger Putnam has sent me this wonderful memento of Jaguar’s 1988 victory at Le Mans.

The dust had settled, TWR had brought the winning car to Jaguar’s Browns Lane head office, along with the team which raced to victory, the team which funded it, plus the man who made it happen. 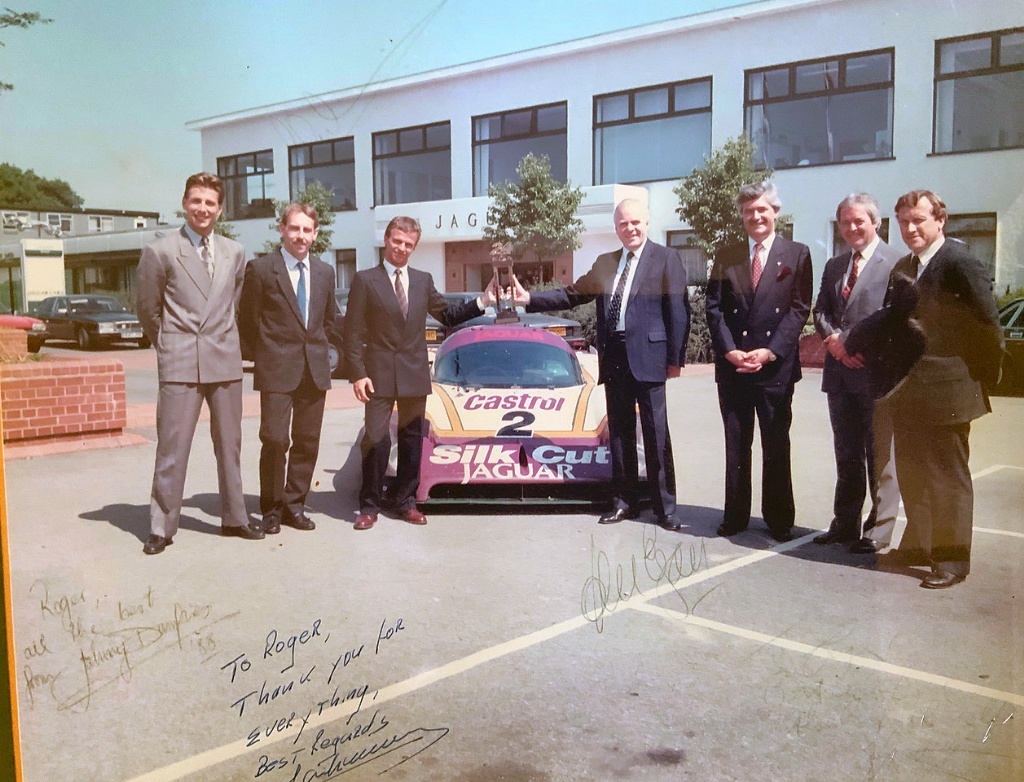 After an unsuccessful tilt in 1987, TWR built FIVE identical XJR-9LMs, put a fantastic team of drivers and support crew together, and with healthy sponsorship from Silk Cut, and a full corporate commitment from the Board Members in this photo the first win at Le Mans since 1957 became a reality.

However, it’s worth revisiting some details of the race, because in the aftermath it turned out to be a spectacular tale of survival. Although Car #2 led from the start, the Porsche 962s were in hot pursuit, and between them the leading Porsche team drivers Bell/Stuck/Ludwig, had 10 Le Mans victories among them! 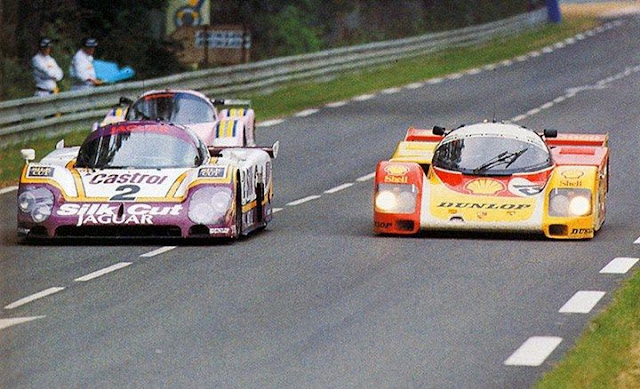 Two of the five Jaguars withdrew, and as the Lammers, Wallace, Dumfries car entered the final hour, it was clear to Lammers there was something wrong with the gearbox.
The two previous Jaguar withdrawals had come about because of gearbox failure. With 45 minutes to go Lammers drove as smoothly as he could whilst still keeping the 962 at bay. 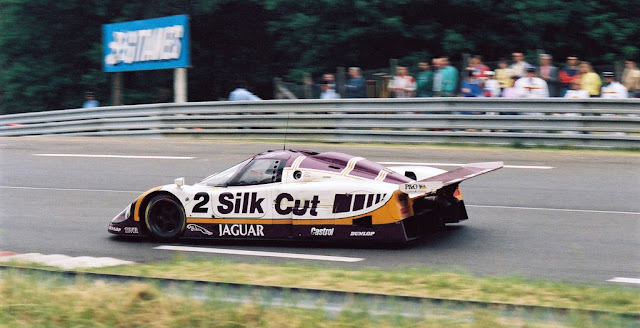 There was one more pit stop for the leading Jaguar, and Lammers stayed in the car, slipping the clutch so that the torquey V12 would pull away from rest in fourth gear and back on the track, without alerting the Porsche pits of trouble.
We should all pay tribute to Lammers' skill and experience in endurance racing, that he knew instinctively how gently to treat the car, circulating for the last stint with only fourth gear, yet still maintaining consistent lap times and his lead over the Porsche, which had a big hill to climb, because a 90 second gap is practically half a lap around Le Mans. By then the German cars were suffering excessive fuel consumption, and even speeding up would probably never have closed the gap. 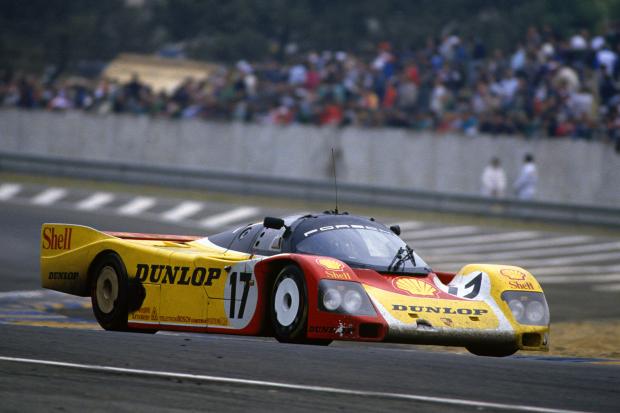 Tom Walkinshaw ordered the three remaining Jaguars to finish line astern, as if to throw the sense of total domination at the Porsche team.

The week after the event race engineer for car 2, Eddie Hinckley, opened the gearbox, and as he split the casing most of the innards fell to the ground.

Eddie reported to TW that the main shaft had broken, about two hours from the end. Fortunately, said Eddie, it broke in the middle of the 4th/5th gear hub, which is splined onto the main shaft and this carried the drive-through.

Walkinshaw said later: “One more gear change could have ended our run, Jan was very smart with how he dealt with the gearbox problem, and the pursuing Porsche.”

Posted by John Crawford at 5:19 PM