KIA'S NEW BADGE. WHAT WILL IT ACHIEVE? by John Crawford

If you’re a cynic and reply “Nothing” then you could be right. However, if you’re tuned into the mysterious, and ethereal world of ‘branding’ – then there’s quite a lot to discuss.

We all know that ‘branding’ is an essential element of survival in today’s consumer-driven world of choice and identity. Those brands which invade our conscious thought are the most successful, and that applies not only to the ‘logo’ of the brand, but importantly the content that icon represents.

You can rebadge all you like, but if there’s a widely-held view that the product is rubbish, then it’s right back to basics to change the status quo. 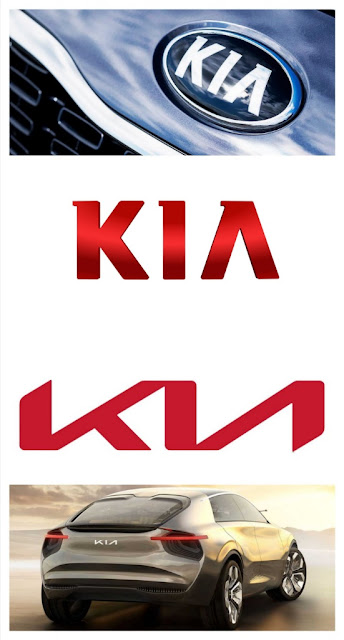 However, let’s deal with KIA and it’s updated new logo/badge. Kia's original badge goes back 40 years, to the 1980s. In the 1990s Kia sold vehicles to Ford, which replaced the Kia badge with the blue oval. Then as the company took over its own distribution and sales the current logo, featuring a stylised ‘A”, without a cross-bar, was introduced.

That logo has survived 30+ years, and in that time (after being taken over by Hyundai in 1997), Kia has gone on to develop a significantly bold image with its own design themes, and a wide range of highly-respected vehicles – in all market segments.

I believe the timing for the launch of Kia’s new logo is ideal. It is seen in most markets as a strong, popular, stand-alone brand, because consumers rarely bother to look under-the-skin to appreciate Kia shares platforms and powertrains with Hyundai.

My personal opinion is that the design team has produced a contemporary, clean and dominant new concept, which will help strongly identify its new models as they are introduced.

I think it was time for an update, and I think the new look will be successful.

However, that brings me on to branding per se, and the importance it places on brand identity. In my own case, I will refer to Bentley’s ‘flying B’ badge, which first appeared in 1918 (top). It has undergone some very subtle changes over the years, which many will never notice (centre). When WO began Bentley’s racing campaigns the ‘feathers’ on the wing were 10 on one side, and 11 on the other – because having an asymmetric appearance was considered to be ‘good luck’.

The changes which began when Bentley was acquired by Volkswagen have merely reinforced some aesthetic aspects, and downplayed others, but the changes are very subtle. Nevertheless, the ‘flying B’ remains a strong element in the marque’s identity.

There have also been instances where big changes occurred, and one prominent example was when, in 1999 during Australian Jac Nasser’s time as CEO of Ford, he encouraged the Board to consider replacing the word FORD, on the top of the ‘glasshouse’ in Dearborn with the full name of the company . 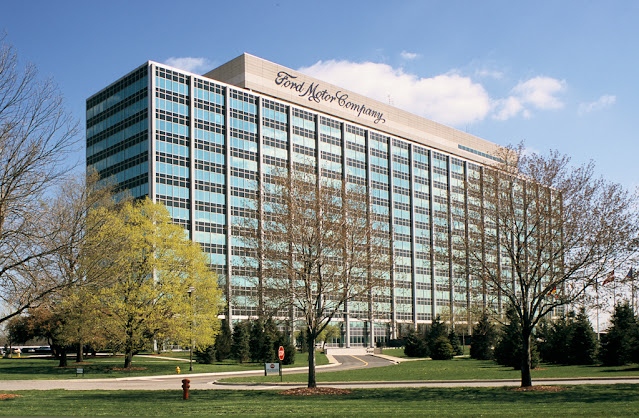 This was meant to stress the status of Ford as an ‘umbrella’ for not only the Ford brand, but also brands linked together under the Premier Automotive Group, such as Aston Martin, Jaguar, Lincoln, Land Rover and Volvo.

In 2003, just prior to Ford’s centenary (and having disposed of the PAG marques), the then Board decided to remove the ‘Trustmark’ script and replace it with the blue Oval. 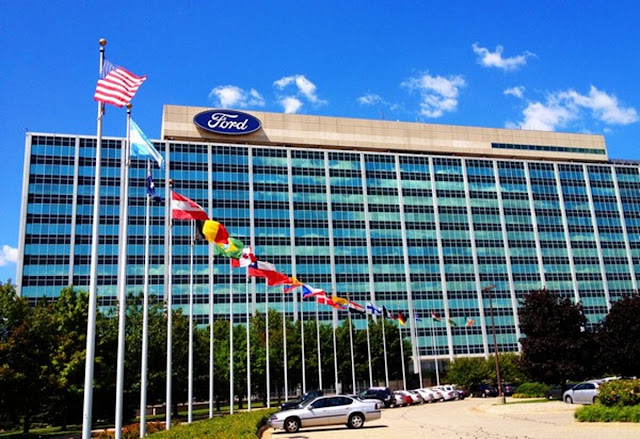 However, a Ford division is also at the heart of one of dumbest re-badging exercises I have ever witnessed.

In 2002 Ford Australia released a high-performance version of the Falcon, which had been created by its ‘performance division’ recently renamed ‘Ford Performance Vehicles’. In an act of almost unbelievable stupidity, and ignoring centuries of iconic imaging, the then Ford Australia Board approved replacing the famous blue Oval, with a similarly sized badge with the lettering FPV.

Despite the enthusiasm of the Australian car enthusiasts who purchased the FPV Falcons, Ford Australia willingly gave up the brand identity of the basic product, and no-one I have spoken to from the management team at that time is able to provide me with a coherent reason why the decision was made.

I mentioned this instance to my friend Jac Nasser, who replied succinctly: “That was a very short-sighted decision by Ford Australia.”

And Jac was very much a strong supporter and guardian of Ford’s long established and clearly defined image of the company.

Today, with the consolidation of many smaller companies into larger (existing) companies, it will soon appear commonplace for logos and brands to be re-badged, or discarded entirely.

However, in Ford’s case, since the blue oval was first used in 1907, it has changed little. The current oval is ‘flatter’ and slimmed-down from the original, introduced in 1957 – but it remains easily and strongly-identified with one of America’s oldest car companies.