BMW designs have endured a fair share of criticism over the past 20 years, especially since the arrival of American Chris Bangle in 1999. Bangle was almost universally scorned for what was referred to in design circles as ‘flame surfaced’ shapes, and ‘The Bangle Butt’ – most noticeable on the design of the (E65) 7 Series. 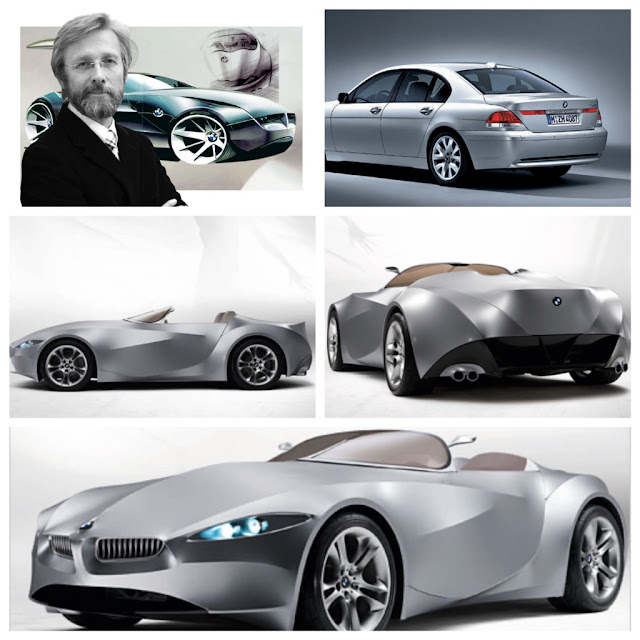 In 2008 Bangle presented a sports car theme he called the GINA, an acronym for some unfathomable description of obscure design aesthetics. The GINA was out there, and some flavours reoccurred in the Z3 and Z4 when convex and concave surfaces met at extreme angles. Bangle admitted his designs did not look so good in photos, and advised critics to see the cars themselves before forming an opinion.

To be fair the term ‘flame surfacing' did not come from Bangle, but was an epithet heaped on his design cues by some unnamed automotive journalist. However, as the shape of BMW sedans and coupes veered off on a different path, the changes Bangle inspired, also inspired a new cadre of young automotive designers keen to join him in Munich.

The question often asked by critics and outsiders is: “How did Bangle convince the BMW Board his designs would be commercially successful?” One of my BMW moles in Munich told me in Geneva in 2014, that you had to see him in action. My mole said Bangle was theatrical and artful in his seduction of the Board members. 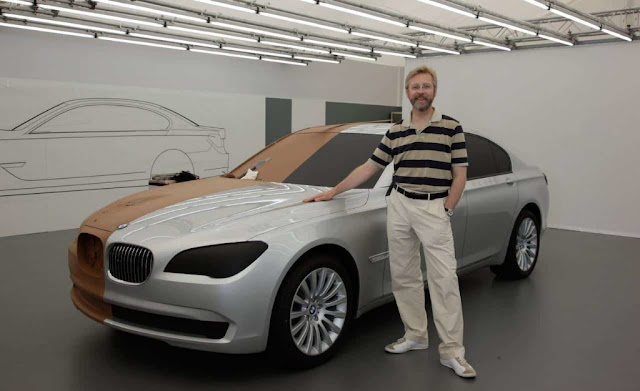 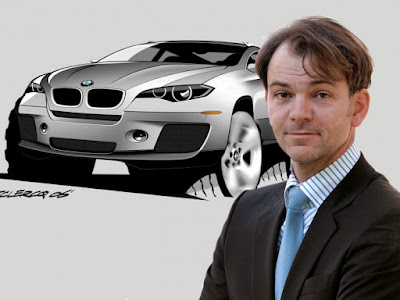 Prior to Bangle’s resignation from BMW in March 2009 to start his own design consultancy, Dutchman Adrian van Hooydonk (right) had joined the Munich design team the same year, after a successful stint running BMW Designworks in California.
Between them they hatched all the new, and most recent BMW designs – sedans, sports cars and SUVs.
Adrian van Hooydonk was named Head of Design following Bangle's departure. 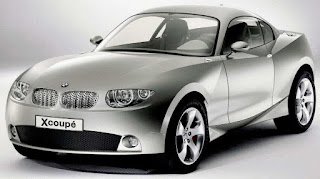 It’s probably true to say that apart from Bangle’s 2001 X-Coupe concept, his designs weren’t really considered genuinely ‘avant garde’ – however, his successor has splashed a new BMW design DNA across the automotive world with exceptional confidence, and bravery.

Quite a few of van Hooydonk’s contemporaries, and many automotive journalists described the Concept 4 coupe, which debuted at the 2019 Frankfurt auto show, as ‘one of the ugliest cars of all time’ thanks to its huge, vertical kidney grille. The concept car isn’t too far away from the sketches, but the dominance of the grille seems to destroy any aspect of pleasant cohesion in the proportions. 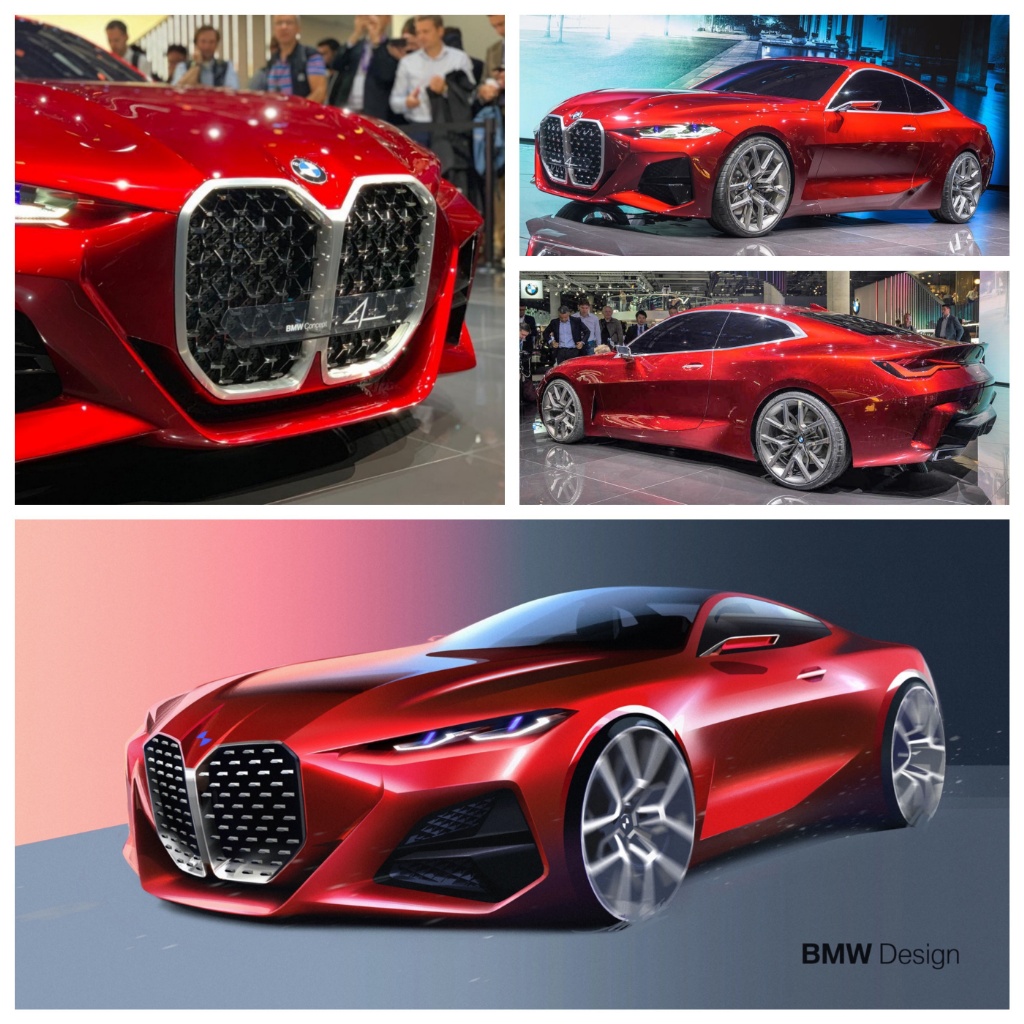 In profile the production 440 coupe appears conventional, but head on it appears to glower at you with a combination of aggression and menace. 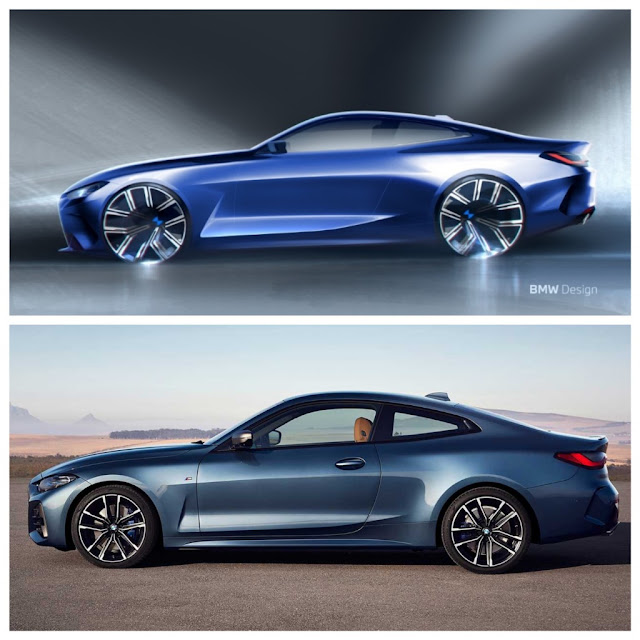 However, after some diligent research it appears that van Hooydonk looked back to a 1970 BMW concept designed by Marcello Gandini when he was in charge of design at Bertone. The man who penned the Lamborghini Countach and Muira, produced a design exercise for BMW called the ‘Garmisch’.

Pretty it wasn’t. Eschewing the curved surfaces of the early 70s, Gandini settled on a convergence of straight lines, which resulted in a stiff, angular shape, adorned with a huge almost diamond-shaped grille which followed Gandini’s own concept of the kidney grille.

The car was hustled off to a storage garage immediately after the 1970 Geneva Salon, but last year, after gathering up photos, sketches, and eventually the original concept car, van Hooydonk embarked on a recreation of the Garmisch, which (like the original) was built on a 2002 coupe platform.

Despite the contemporary result being high on integrity to the 1970 concept, in my opinion, it’s just as ugly second time around – but I think you can see where van Hooydonk’s inspiration for the next phase of BMW designs has come from. 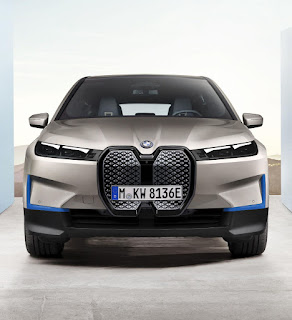 Adrian van Hooydonk says, in response to widespread criticism of the ‘new look’, that BMW now has ten model lines across its catalogue, and he favours moving the segments apart from a design perspective - so only he knows what the next SUVs will look like.
I guess the iX EV (right) gives us a clue – and it hasn’t been widely-praised either.

Our roving correspondent, Paul Gover, has recently driven a range of 4 Series BMWs, and I look forward to his review of the cars’ dynamic performance. I guess the deal is, ‘when you’re behind the wheel’ you can’t see the bloody awful grille. 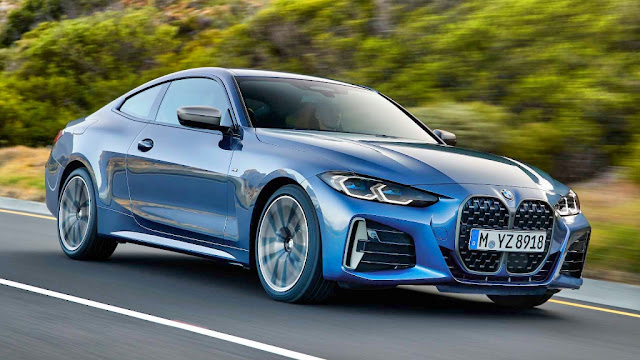 Posted by John Crawford at 3:13 PM