BENTLEY IN AMERICA - MAKING A MARQUE (Part 2) - by John Crawford 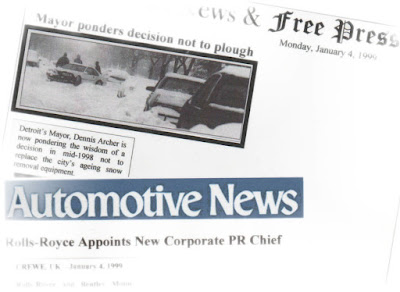 As North America dug itself out of the second worst blizzard of the 20th century in January 1999, I was sitting down in a conference room on the Rolls-Royce and Bentley display at the North American International Auto Show in Detroit, discussing Bentley’s ‘invisible’ status in the US market with a passing parade of auto magazine editors and journalists.

Whilst I was warmly welcomed back to the USA, most of my friends agreed we had a huge task ahead of us to build visibility and knowledge of the Bentley marque in an extremely bijou segment of the US market.

Market research would later reveal excellent recognition of Rolls-Royce among wealthy Americans – but Bentley? What? Bentley had sold just 314 cars across the USA in 1998, the year it was acquired by VW Group. When shown the company’s logo – recognition was again, absent!

As I previously mentioned, the ‘Lifestyle’ magazines would be highly relevant to establishing the Bentley brand as a luxury icon; a fashion accessory, or as a status symbol – aspects far removed from its true identity as a high performance, premium luxury automobile.

However, to get visibility, for ‘cars’, in non-auto magazines was virtually unheard of at the time, and was a very big mountain to climb – however, I was convinced we would reach the peak, providing all the key, influential automotive publications and motoring writers afforded Bentley validation and credibility as a performance brand to be desired.

This established the first steps, win over the automotive media (hopefully, en masse), so that all the publicity about Bentley cars firmly established their true status as long-established British luxury performance cars. Then, when I later approached ‘lifestyle’ magazines, which had never in their publishing history ran a ‘car story’, their writers would immediately turn to the automotive media to establish just what a Bentley was! At least that was the multi-layered plan I had concocted. 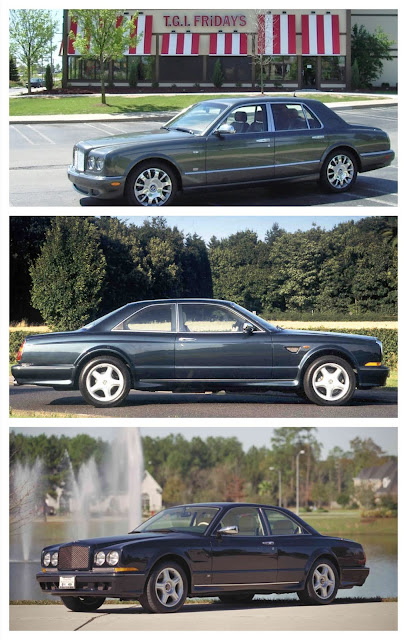 However, in 1999 there was a small problem – budget. Both in financial and mechanical terms.
I started my campaign with just three press cars to use for the programs I was devising, for use across the USA.
An Arnage sedan based on the East Coast; a Continental R coupe on the West Coast; and a Continental R coupe which spent most of its time on a Reliable Transporter travelling around the country, being dropped off for road tests with regional media.
However, there was another layer we couldn’t ignore – the enthusiast media.
They were usually comprised of former auto writers, car club members and amateur racers.
There are literally dozens of small groups of enthusiast writers in associations spread across the USA. 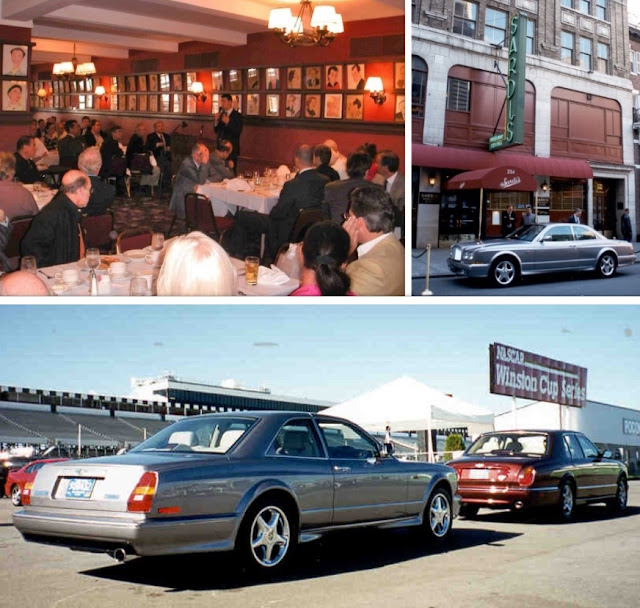 So President Alasdair Stewart and I arranged speaking dates with as many as we could, and also attended the various automotive test days which were held in the summer months at various race circuits around the country.

I figured the full implementation of multi-layer strategy would take at least three years to pull off, which dictated the shape and direction of the programs to follow. Hopefully as the tactics turned into publicity, we would even be able to create events, where we could blend motoring and lifestyle writers together on the same events, providing the opportunity for each to extract unique angles from the shared experience – further validating Bentley’s credentials.

Initially, I devised a series of driving events for the automotive media called ‘The Grand Tour’ leveraging Bentley’s existing European reputation as grand touring cars. The format included not only current production cars, but with the willing assistance of the Bentley Drivers Club, we also included a range of original ‘Cricklewood’-built Bentleys and allowed the writers to swap from old to new and back again over a testing route covering about 250km. 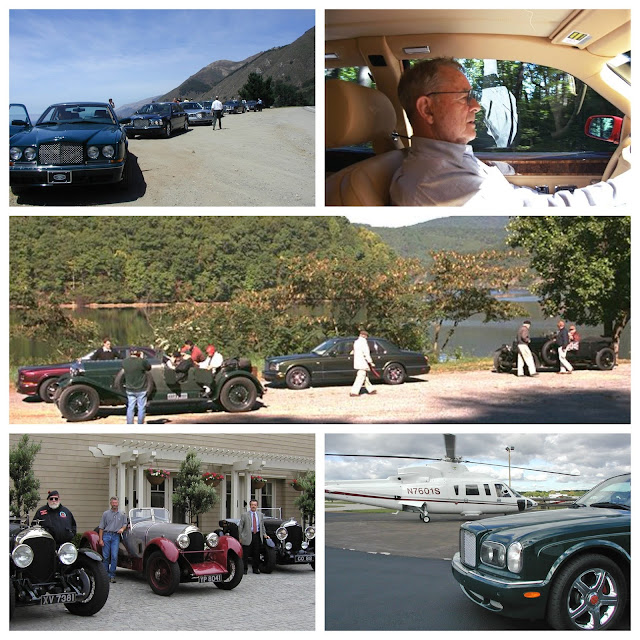 We chose picturesque locations, with outstanding driving roads and always included a special guest; people like America’s first F1 champion Phil Hill; plus Board Members, design and engineering staff from Bentley’s works in Crewe, UK. Then we often threw in exotic means of transport to the events and mixed in some vintage Bentleys.

Each Grand Tour targeted a different tier of the American media, which also informed the choice of the guests – emphasising either luxury, performance, design or heritage. I have to say, the input from the members of the Bentley Drivers’ Club was invaluable. We never ‘prepped them’ – we let the cars and their enthusiast owners do all the talking.

Alternatively, the enjoyment the writers experienced in the modern Bentleys soon delivered thousands of words of praise and validation for the cars from Crewe – which was essential to the next phase of models from the venerable British car factory.

In 2000 I attended an exclusive viewing in Dr. Piëch’s personal ‘viewing room’ on the 11th floor of VW’s Wolfsburg HQ, when Bentley’s Design Director Dirk van Braekel unveiled the ‘frozen’ design of the Continental GT coupe. 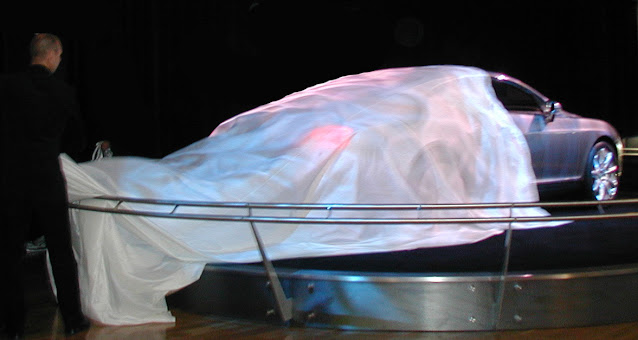 It is the first time in my experience, that as the cover came off, 14 executives simultaneously expressed a sharp intake of breath – followed by a round of applause.

Now, back to the USA, and in 2003 Stage Three of the PR plan to win American’s hearts and minds for the really ‘new’ Bentleys. It was time to move the needle by replacing our existing road test fleet with the new range led by the Continental GT coupe. 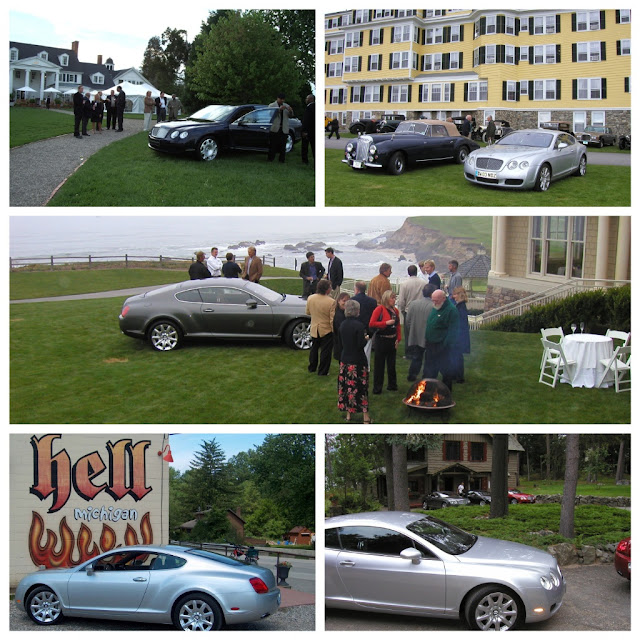 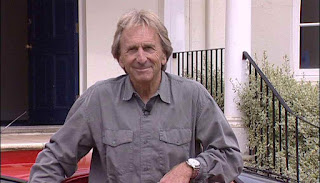 The ‘Grand Tour’ format continued, but now included Continental GT coupes, as well as vintage Bentleys, plus the ‘special guests’. We were lucky to have Bentley's 'special consultant' Derek Bell attend many of our media events.

At the same time, consistent with the end results we were striving for with the combination of the automotive and lifestyle media, it became apparent that more and more celebrities were hooked on the Bentley mystique. The first group consisted of ‘Friends of Bentley’ – personalities from film, music and the art world we had cultivated, by loaning them a Bentley, which usually resulted in them buying a car.

But, then Bentley ownership caught on in a much bigger way, and soon the celebrity mags often featured ‘stars with cars’ posing next to their Bentley. It was like a 'club', and price of entry was Bentley ownership. Great idea!

All the events we created were arranged in a modular format, so we could mix and match the events/locations/guests to achieve the ‘crossover’ we believed would secure Bentley’s status in the USA as ‘the car’ to own. 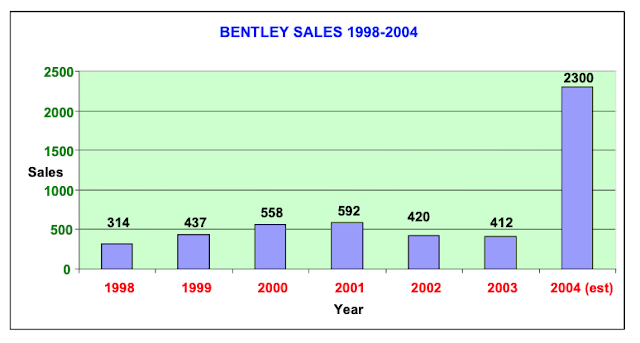 So much so, our sales estimate for 2004, after one year of Continental GT coupe sales, was bang on target at 2394. I’m also pleased that the year after I retired Bentley’s USA sales in 2007 exceeded 4000. Job done.