A SOLUTION TO RANGE ANXIETY? by John Crawford

It appears that the big push in California to roll out increasing numbers of EVs (to save the planet) may have hit a snag, as my good friend David Berthon reported on his radio show on Sydney’s 2GB:

“The energy crisis, which many industry pundits predicted as sales of EVs increased, is turning against the early adopters. Californian power companies are warning EV owners to avoid charging their EVs as heat wave conditions sparked concerns about the strength and stability of the SE Californian power grid! 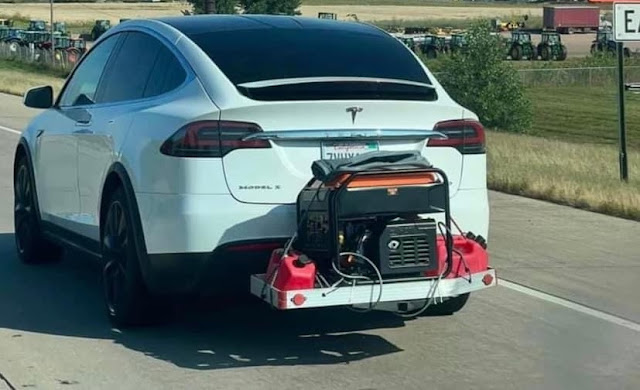 So, this is one way to avoid failing to charge-up for tomorrow's commute! Take your 'Supercharger' with you!

Posted by John Crawford at 9:32 AM