WHEN THE QUEEN 'DESIGNED' HER BENTLEY by John Crawford 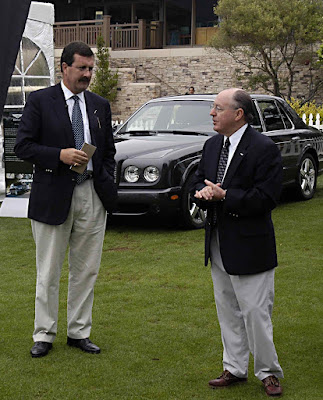 I want to celebrate the long and impressive reign of Her Majesty Queen Elizabeth II with a wonderful and humorous anecdote from my good friend Richard Charlesworth, MVO, during the early discussions about the Bentley saloon which was presented to the Queen in 2002.

As the Bentley employee entrusted with the company’s relationship with the royal household it was Richard’s task to visit the Queen and the Duke of Edinburgh at Windsor Castle, to discuss the choices of interior trim, paint colours, etc. In most of the press handouts released when the car was delivered, both the Queen and the Duke were credited with ‘designing’ the car together, but Richard’s anecdote reveals the lively discussion about choices.

Richard brought samples of wood trim, leather, paint colours and sundry accessories. At one point when the royal couple were looking at the wood samples the Duke said: “You’re not going to have lashings of wood all over the place, are you? That’s so old fashioned.” 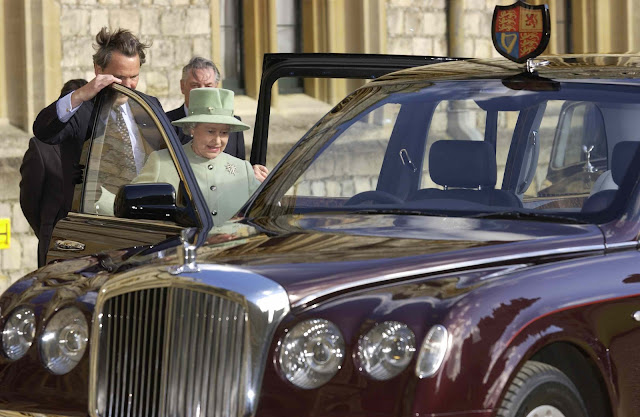 The program to build the car was codenamed Project Diamond in celebration of Her Majesty’s 50 years on the throne, and was handed over at Windsor Castle by Bentley Motors Chairman and CEO, Ing. Dr. Franz Josef Paefgen. 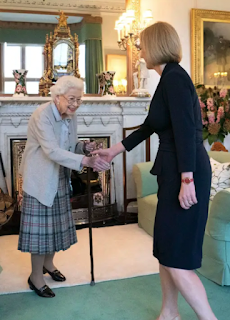 After that small moment which highlights the Queen’s sense of humour, I must say that her resolve to meet and invest Liz Truss as Britain’s new PM, shows what an extraordinary person she remained in service to the Commonwealth.

This is especially so in light of her rapidly failing health. 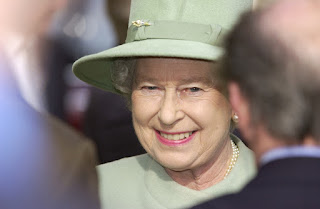 Regardless of views about royalty and families royal, I think she has been a wonderful, stalwart and courageous Monarch, who set a great example of duty, integrity and humility.

Posted by John Crawford at 8:51 AM