CADILLAC'S VOYAGÉ INTO THE FUTURE - by John Crawford

Cadillac has a special place in DRIVING & LIFE, simply because I truly admire the original Cadillacs which revealed outstanding quality in design and engineering. Remember, the brand beat Rolls-Royce in the famous Dewar Trophy competition in Britain, winning the cup in 1908.

My good friend Jim Hall has dug around the Cadillac archives to reveal a concept car from Cadillac which hinted at a design revolution resulting in Cadillac introducing a new design language which influenced brand design over the next 20 years.

Cadillac presented the Voyagé concept car at the 1988 Chicago Auto Show, and it was a show-stopper. Cadillac design up until then was treading water, and the marque had descended into such a boring stream of land yachts, it was heading for irrelevance.

However, under the guidance of the great Chuck Jordan (GM’s VP of Design), and Director of Advanced Design Jerry Palmer, the Voyagé concept was penned by a young man called Jerry Brochstein. 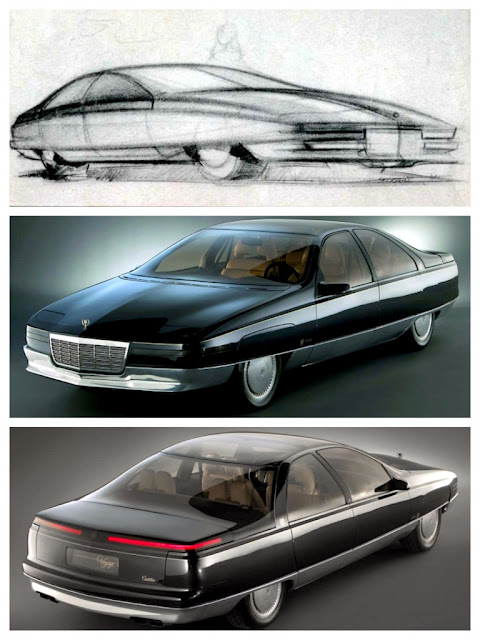 For almost the first time in decades Cadillac seemed set to break out of the mould of GM’s ‘B Body’ cars, which were examples of stiff, upright and square design themes.

Although the Voyagé was 5.4m long, it had an impressive drag-co-efficiency of 0.28.

Aerodynamically it was a superb example of wind-tunnel efficiency.

The front wheel 'spats' remained closed when the car was driving in a straight line, to aid aero efficiency, but during turning they opened out to allow wheel movement.

The flowing lines of the Voyagé led straight to an outstanding Cadillac – the 1992 Seville.

The Seville was (whoa!) also front-wheel-drive, but its saving grace was the new Northstar DOHC V8 which imbued it with quiet, smooth and flowing power to equal the power delivery of its major competitors.

These were cars that allowed Cadillac to update to compact sports saloons which looked good and offered outstanding and very competitive performance.

I know, because thanks to my friendship with Bob Lutz, I got to blast around Detroit’s outer environs in a slick, supercharged STS-V for a weekend. 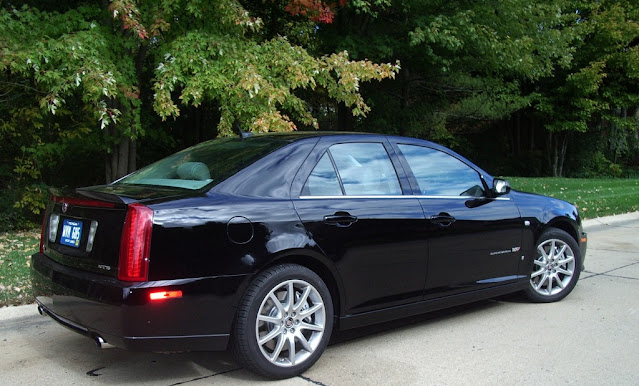 But, it wasn’t just the flowing exterior which set the Voyagé apart. Inside the Cadillac design team had produced a range of features which would take decades to come to market, but clearly revealed that the Cadillac guys were ‘futurists’.

How about this for a list of forward-think features: A dual-screen navigation system; a hands-free phone which could be voice-activated; a rear-view video camera, and its best party trick – an ‘active’ four-wheel-drive system that could computer-activate the front axle in case of a loss of traction. The Voyagé was followed in 1989 by a two-door coupe employing the same design language - the Cadillac Solitaire.  The car was fitted with parallelogram hinges for its huge doors so they didn’t have to swing so far when open. 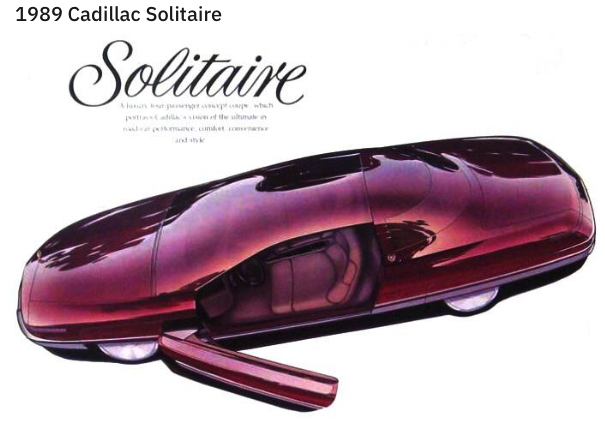 In my mind this is the same sort of advanced tech which could be found in Cadillac’s early cars, leading to a proud marque badge which read – Cadillac-Standard of The World.

The new Lyriq SUV and Celestiq sedan EVs look set to hatch a new set of standards for the historic marque, as adventurous as the Voyagé was in its time.

Posted by John Crawford at 9:57 AM