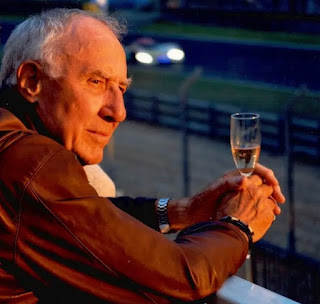 Pardon the pun, but this man was a real Dean of automotive journalism. Paul Dean was the longtime automotive writer for the Los Angeles Times, and when they pensioned him off he began a new career as the automotive editor for The Robb Report – at the time America’s leading lifestyle magazine.

Sadly he has died, aged 88, ending a stellar life and career.

We were very, very good friends. But, it could’ve started out badly.

Paul, thanks to his solid British stock, was an opinionated,  garrulous, grumpy, god-awful automotive editor for most people who tried to ‘sell’ him a story for the LA Times.

He hated mediocre PR people with a passion, to whit, his message on his answer phone at the Times went this way: “If you’re a PR person trying to sell me a story, put it in the mail, and don’t bother me. If I need to, I’ll get back to you.”

When I joined Jaguar Cars North America in early 1991 as VP of Public Relations, I was warned by my switched-on PR consultant in LA, the wonderful Joe Molina, about Paul’s attitude - which could leave PR people quaking in their boots.

I tried a different tack. I wrote him a letter on the very impressive Jaguar letterhead saying that I wanted our first meeting to be useful and productive, and that I would send a Jaguar to pick him up from the Times, to join the President of Jaguar Cars NA, Mike Dale, and I for a private lunch in the Boardroom of our biggest LA dealer.

After a very amicable lunch, and an hour of interview and discussion, we had the car return him to the Times. From that meeting onwards Paul and I created a strong bond of personal friendship and mutual admiration for each other which has lasted over 30 years.

In 1998 when I returned to America as the nascent PR Director for The Americas for Bentley Motors, Paul picked me up at LAX after I flew in from Sydney on a Sunday morning, and took me to a fabulous Bentley Car Club display in Long Beach, where he introduced me to the movers and shakers of the historic Bentley clubs on the West Coast. 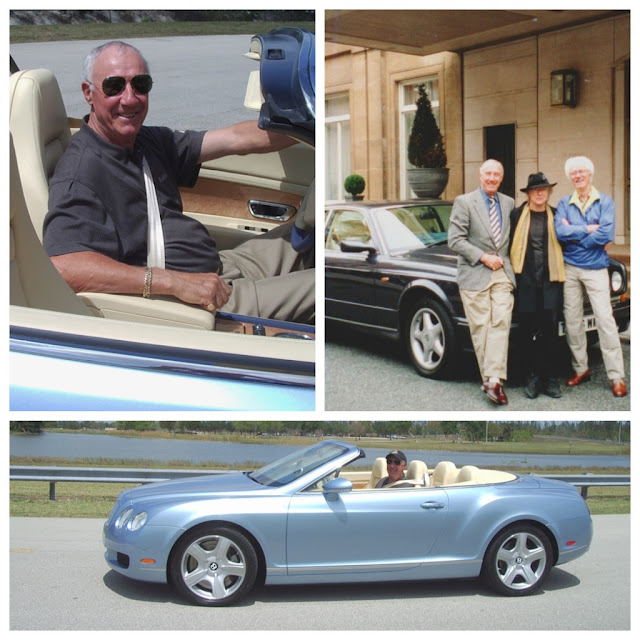 Always a stickler for a ‘genuine’ story about a brand or a car, I always made sure that whatever I pitched to him had integrity and value. He always returned the favour, and in December 2003 called me to say that The Robb Report’s weeklong judging of the latest Premium Luxury cars had just ended, with the judging panel awarding Robb Report’s Car of The Year to the Bentley Continental GT coupe. In the interests of transparency, Paul abstained from voting.

His writing was crisp, tight and never failed to focus on the real ‘essence’ of the car, whether it was good or bad – and some of his scathing reviews resulted in a lot of turnover of PR people at various car companies. Paul Dean was one of the great American automotive writers across more than 40 years, and his ‘good opinions’ were widely sought and certainly had an impact on sales on the West Coast.

Paul Dean was a man of many parts. During his life he clocked up many achievements, starting out as a news reporter, then a foreign war correspondent, columnist, magazine publisher, accomplished tennis player, pilot and race car driver. In 1992, during his time at the LA Times, Paul won a Pulitzer Prize for his investigative report on the LA Riots.

Paul left big shoes to fill when he left the LA Times, but they were filled well and truly by a young up and coming writer, who also displayed a huge talent for making words create great ‘pictures of the mind’ and was always entertaining. He was a great writer, who went on to become the first automotive writer, ever, to win a Pulitzer Prize for automotive journalism. 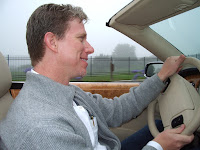 His name is Dan Neil, and he is now the automotive critic and editor for the Wall Street Journal. I’m glad I built strong friendships with two of the best journalists I’ve ever dealt with.

They had very different personalities, but I can guarantee always wrote truthful, useful, entertaining and memorable reviews.

Posted by John Crawford at 9:33 AM