I hate to say it, but I must begin with "Here we go again", because despite claims by America's LIQUIDPISTON engine inventors, my initial view is, 'We've been here before' - most recently with the Mazda Rotary engine - which it has to be said, Mazda 'commercialized' and made a very successful series of cars using its own version of the Wankel concept.

NIkolay Shkolnik says LiquidPiston’s  X Mini rotary engine can double fuel economy, eliminate noise and vibration and reduce the size of engines by 30% to 75%. In a company video: a four pound X Mini replaces a 40 pound standard engine is fitted, and powers, a go kart.

But whether it can move from the lab to the factory floor is another question entirely.

The company, which emerged out of Shkolnik’s doctoral thesis at MIT, is the latest to attempt to solve one of the more difficult and potentially lucrative puzzles in clean technology: remake the internal combustion engine.

Engines are ubiquitous. Global car sales topped 82 million in 2013 while the market for engines for power equipment comes to around $5 billion a year. (This smaller power equipment market is dominated by six manufacturers.) Consumers in emerging markets are also driving sales of scooters, small utility vehicles and cars.

The one thing engines aren’t, however, is efficient: Only around 20% of the fuel gets consumed in a productive way.  80% is dissipated as waste heat or friction.

“The last ‘big’ innovation came from Rudolf Diesel in the 1890s,” he said. “From a physics perspective, we are leaving a lot (of energy) on the table.”

The multi-billion dollar opportunity has spawned numerous concepts and novel designs such as HCCI, opposed piston/opposed cylinders, compressed air and a controversial one called split-cycle.

Unfortunately, years of toil and prototypes have yet to result in a commercial breakthrough. (Arguably, the most successful “new” engine design is the Ford EcoBoost, but EcoBoost provides more of a good incremental gain for existing vehicles rather than a wholesale overhaul.)

LiquidPiston has been at it for eight years, raised $20 million. Nlckolay's father is a co-founder. Like most of the others, the company has yet to move into full commercialization, but progress continues. If you’re interested, you can get a developer kit with one of the engines for $30,000. The company is working on both gas and diesel versions. 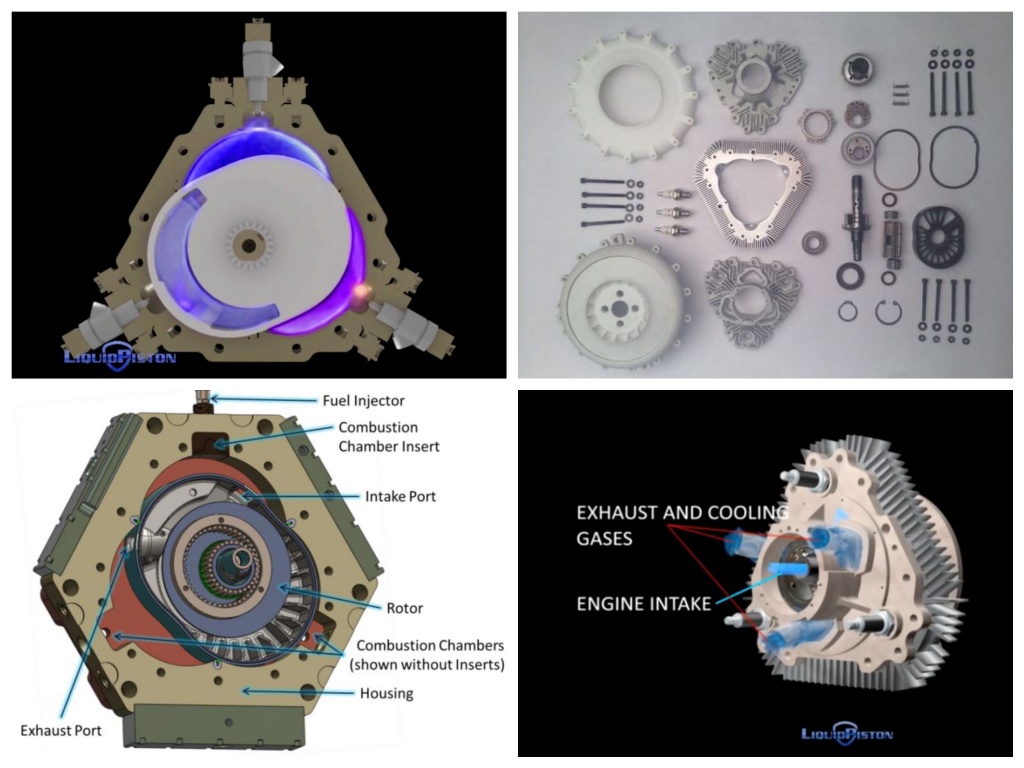 The X Mini is a take on the rotary engine. In ordinary piston-based diesel engines, air and fuel are injected into the cylinder during the expansion stroke. The chamber is compressed and ignition occurs. While this works, the process is not optimal. Ideally, he says, fuel should come during the compression stroke.

“If you could stop the piston at the compression point, add fuel and then let it mix, you’d get 50% more power converted,” he said.

Diesel engines, he adds, are only more efficient than regular gas engines because of higher compression. At the same compression levels, diesels would perform worse.

With the X Mini’s High Efficiency Hybrid Cycle (HEHC) design, the volume remains constant: no undulating piston exists to alter the operating environment inside the cylinder. By applying near maximum pressure into this consistent environment, the result is a more efficient combustion cycle. Fewer parts mean lower vibrations and fewer potential mechanical problems.

While Wankel engines like those promoted by Mazda back in the 70s and 80s also use a rotary design, LiquidPiston says its thermodynamics and operation are fundamentally different.

LiquidPiston will not aim for mainstream trucks and autos at first. Instead, it plans on initially targeting its wares at the military and other customers who want better portable generators. The military has to dedicate huge portions of its manpower to carry and protect generators and fuel supply lines. If you can get the same job done with a smaller engine that uses far less fuel, and weighs far less, they will take it.

The company is also looking at ways to integrate the engine into some types of EVs as an on-board generator, similar to the micro-hybrid designs that are gaining ground in Europe.

When I said we'd been here before, I'm reminded of Perth inventor Ralph Sarich who, in the late 60s, claimed he had invented a 'new' concept called the ORBITAL ENGINE. In 1972 ABC-TV's 'The Inventors' program named him 'Inventor of the Year' - but sadly, within a decade the concept had died. 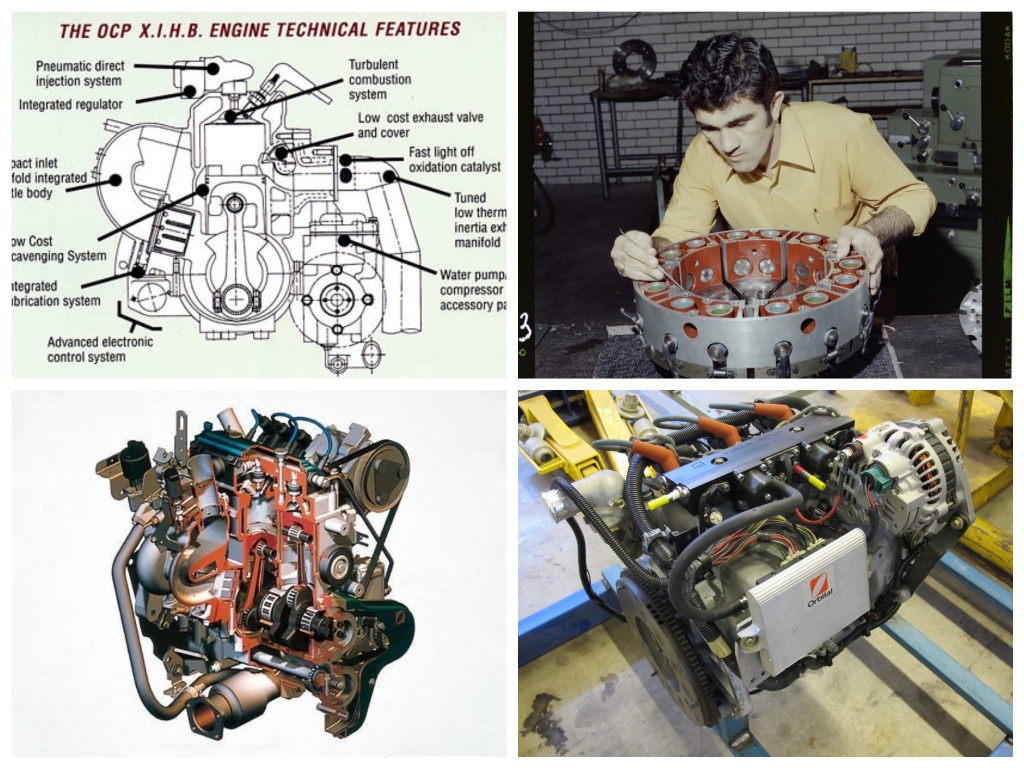 Ralph Sarich, a personable and very humble man, took the concept from drawing board to prototype, and eventually a running prototype.

However, the engine had all sorts of development problems with seals, component breakage and sheer lack of efficiency. This is probably just what Mazda endured as it developed its version of the Wankel, first used commercially in the NSU Ro80.

What did survive from Sarich's work was the ORBITAL COMBUSTION PROCESS (OCP), which went on to be successfully developed for a whole range and variety of powerplants. Even today a major defence contractor is successfully using OCP in military drones.

I will patiently wait until LIQUIDPISTON manages to scale up the prototype to power a car, and then let's see where we are.