PREPARE FOR IMPLOSION OF THE ALLIANCE by John Crawford

A recent three-part series to be published by WARDS AUTOMOTIVE in the USA confirms, and vindicates the support I urged for Carlos Ghosn in DRIVING & LIFE. From my first reports on the unfolding Ghosn situation I was assisted by two well-placed ‘moles’ within two of the Alliance companies.

Whilst the biggest financial loser in the Renault-Nissan-Mitsubishi Alliance is undoubtedly Nissan, Ghosn says the other members will probably lose just as much in the end. These would not just be current financial losses, but denial of all the potential the existence of the Alliance promised. 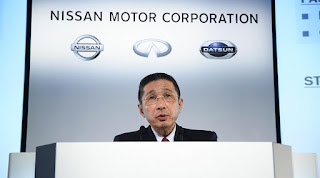 While a small faction in Nissan’s management group, led by COO Hiroto Saikawa (right), enlisted Japanese prosecutors to help them remove Ghosn, they also succeeded in triggering a nearly $8 billion loss in market capitalization for Nissan, the slide beginning the day after his arrest. 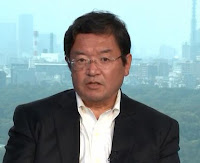 According to Koji Endo, veteran auto analyst at SBI Securities, “Nissan is effectively back where it was when Carlos Ghosn arrived in 1999 to restructure and revitalize the organization.”

As far as Ghosn is concerned there is no better judge of the Alliance’s position in the global automotive scene than these numbers. The key to the potential success of the Alliance was Ghosn’s vision, his powerful work ethic, and his skills at balancing the three companies’ aspirations, to achieve results on par with Toyota and Volkswagen. 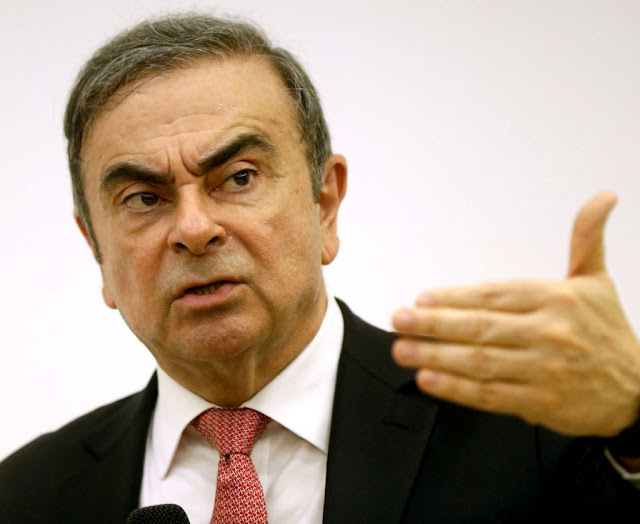 Now, says Ghosn, there are only two leaders – the Japanese and German giants. I believe the Alliance will implode and disintegrate, eventually probably taking all three companies down.

One must ask Nissan’s Hiroto Saikawa, the Chief Japanese prosecutor, and the Japanese government: “Was it all worth it?”

However, Ghosn is not smiling at the approaching demise of the giant he created; He says, “I am very sad that all this potential has been wasted, and three great companies will undoubtedly suffer almost terminal damage.”

Posted by John Crawford at 9:36 AM