This time it won’t be thanks to smoke and mirrors PR bullshit generated by invoking Jaguar’s famous and impressive history, or the myths and legends.

The stark reality is that Jaguar finds itself at a confluence of conflicting trends, constantly-changing consumer preferences, ravaging and concerted competition, product missteps, over-ambitious objectives and, sadly, the impact of the global COVID pandemic.

Yes, it must be described as the ’Perfect Storm’, one which could see this almost-century old company consigned to the dustbin, along with many other famous marques which vanished after a valiant struggle to survive. 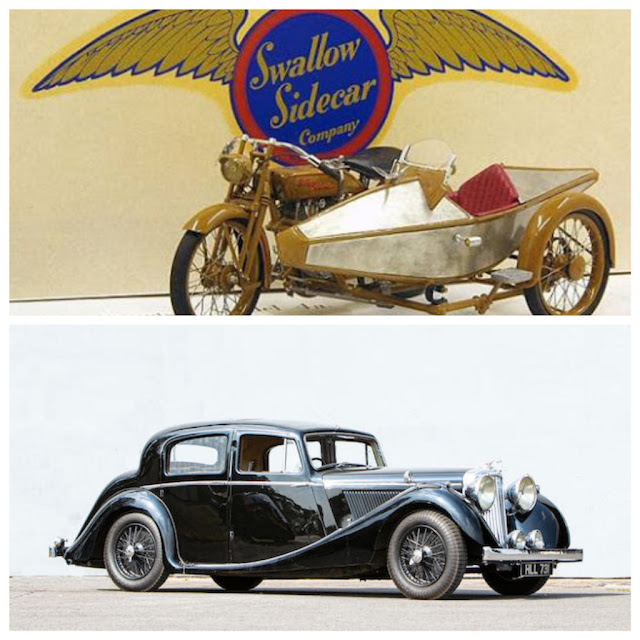 Awash with wood, leather and sexy wire wheels it was those early saloons which most people will remember as Jaguar’s real beginnings - and all the great cars which followed. 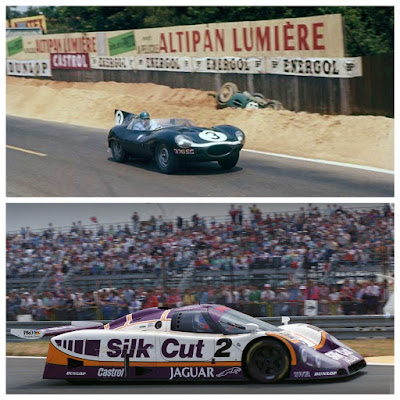 Saloons, sports cars, racing cars and most of all, everything tinged with an individual, artistic beauty celebrating speed – standing still.

Yes, Jaguar has been around for just shy of a century, and has been ‘saved’ almost as many times as Aston Martin.

The only difference was that for many of those 100 years Jaguar was very profitable at times – whereas Aston Martin has never made a profit.

It’s only thanks to stalwarts like Ratan Tata and Lawrence Stroll that they are with us today.

Those men are just the latest in the long line of ’believers’ who threw in pots of cash to keep the dream alive. I remember a quote from one of Aston Martin’s many owners, that: “Making money with Aston Martin was optional.”

Tata Group is facing that very prospect right now, with global sales plummeting, and the saloons (sedans) for which Jaguar became famous seem to have the kiss of death attached to them. It has been Jaguar’s outstanding SUVs which have grimly held on to Jaguar’s market space. 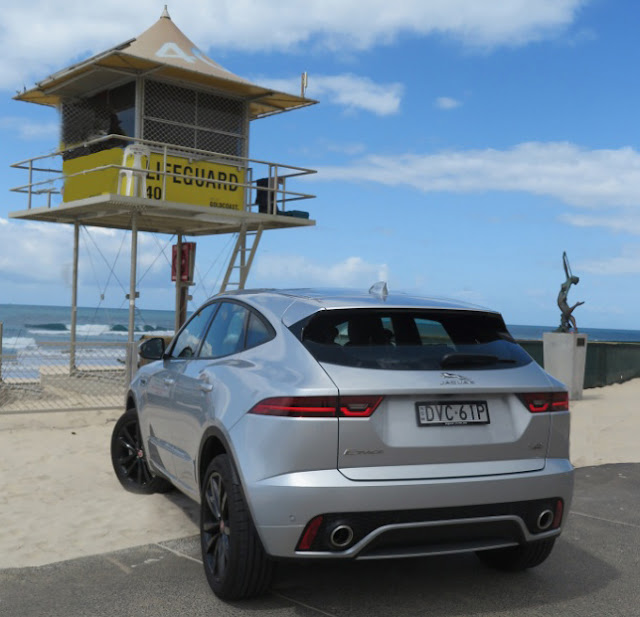 But, hey, don’t they compete with Jaguar’s Land Rover stablemates?

Why, yes. That IS the case. Jaguar’s product planners recognized early on that its sedans were losing appeal, and accelerated the introduction of F-Pace, E-Pace and the brilliant i-Pace (below).

Suddenly the Jaguar sales charts saw the SUVs up, and sedans down. Facelifts, new engines and redesigned interiors all increased the appeal of the sedans, but not the sales.

In 2020 Jaguar’s sedan sales dropped off a cliff, from an already low base, by 37%. According to Britain’s AUTOCAR, Jaguar registered just 103,000 cars worldwide in 2020 less than a third of Land Rover’s total sales, and down from 162,000 in 2019. By comparison BMW’s sales falloff was a manageable 8%, but it still sold more than 2.3 million cars globally.

Jaguar’s only bright spot was China, where sales lifted by 20% - outperforming the market! But Jaguar can’t hang its hat on that continuing, because competition in the Chinese market moves at a frantic pace, as everyone wants a piece of the pie.

Okay, so enough of the scene-setting. What happens next? JLR’s new CEO is ex-Renault boss Thierry Bolloré, and he has blown into town with a range of band aids and most recently an announcement that ALL Jaguar’s range with be all-electric by 2025.

On the EV front Jaguar truly led the industry with its i-Pace SUV, and that platform was supposed to underpin the move to an all-electric range.

However, Bolloré has hung the sword of Damocles over the big, all-electric XJ sedan, strongly hinting he will pull the plug on its introduction.

The elephant in the room is that, like every other carmaker, Jaguar has way too much manufacturing capacity – a paradigm which has be-devilled the car industry for decades.

Also, there are a huge number of EV startups which are showing that they can flexibly build only as many cars as they can sell, with revolutionary and inventive attention to designing manufacturing plants that are not saddled with massive volumes, needed to justify the massive investments.

In that Jaguar is not alone. Today’s manufacturing capacity versus ROI paradigm must change, but all car companies are saddled with all these bricks and mortar facilities, and thousands of jobs.

AUTOCAR (February 3) even floated the idea that Jaguar could turn to smaller companies like Austria’s Magna Steyr, or Stellantis’ Alfa Romeo to build low volumes of sedans – touting Alfa Romeo’s under-utilized Giorgio platform which is the base of the Giulia and Stelvio!

However, and I say this as someone who was a senior Jaguar executive for close to 20 years, I have thought for decades that Jaguar’s paradigm needed a reset, in fact it should have happened the minute Ford disposed of JLR to Tata.

I will admit they were much rosier times, which encouraged Tata Motors to give Jaguar its head, and let it indulge in a massive new model onslaught on the market. 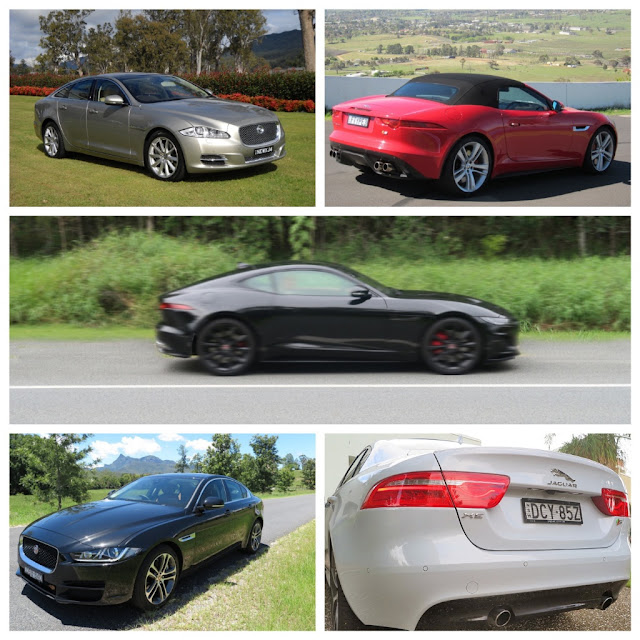 But, isn’t there always a time when you need to go back to basics? What was the real key to Jaguar’s identity and appeal? What was that mysterious, intrinsic value which was the absolute foundation of ‘The Leaper’? And its generations of fans – who still resolutely LOVE the brand.

That key element was something I just mentioned – value.

Under Bill Lyons’ guidance Jaguar always offered ‘all this’ for only ‘this much money’. A known tightwad, Lyons never let Jaguar grow beyond what he thought the market would respond to, and still make a profit. It was true that cars like the 1962 E-type, and the 1968 XJ6 offered (basically) a Bentley for much less money. 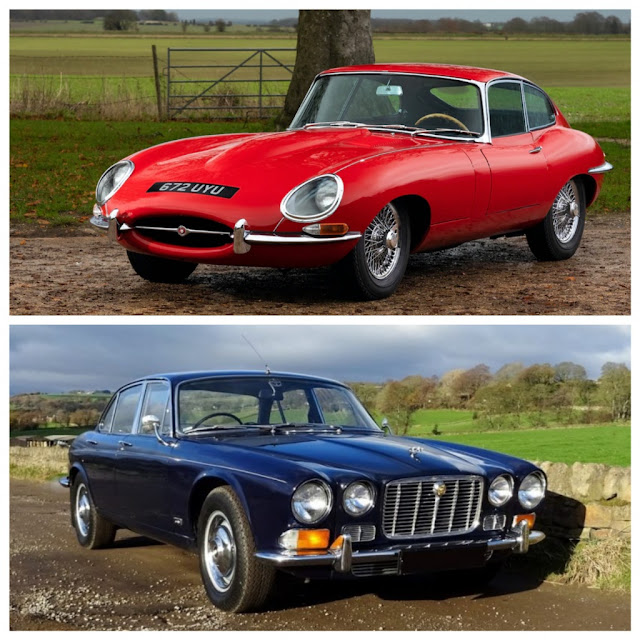 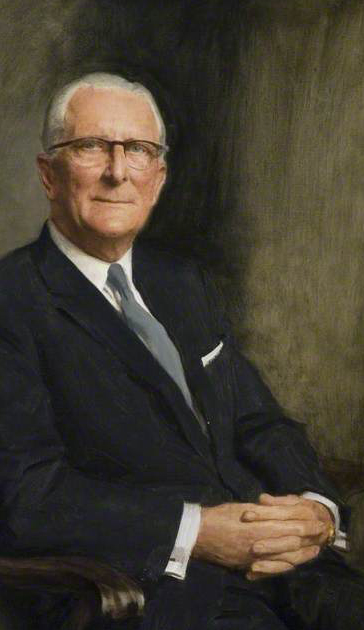 It was hard not to win fans with that proposition. Buying a Jaguar made you smug, because you drove a car with brilliant design, engineering, ride and handling, performance and sumptuous, cosseting interiors for much less than any other British-built premium cars.

Wait a minute! Am I saying that under Tata, Jaguar should have gone back to basics, identified the ‘Jaguar proposition’ and taken the marque back to the Bill Lyons strategy?

Yes, I am. Even as my time with the company came to an end in 1994, I strongly maintained Jaguar had the potential to get too big for its boots.

A massive increase in sales was not, in my opinion, the key to Jaguar’s stability.

With strong support from Ratan Tata and Ralph Speth, Tata Motors decided to push the boundaries of what was possible, and reap the profits by vastly expanding its market share.

I believe that if Jaguar had taken the position of continuing to follow Lyons well-known formula with its sedans and sports cars; and left Land Rover to do what it does best, the JLR situation would be far better than it is.

It would also have had a beneficial side-effect, in that Jaguar cars would actually have become more exclusive (on lower volumes), and the business case for that formula would have produced very substantial profit margins, whilst not growing the brand beyond its ability to satisfy demand.

Many of my industry colleagues reading this will say I’m talking a lot of ‘tosh’. To justify what Tata paid Ford for the two brands, it had to rapidly ramp up the profit potential to help pay the borrowing costs (interest) of the acquisition.

If JLR had been recalibrated then, Jaguar and Land Rover’s future landscape would not have led us to where we are now – facing not just the end of Jaguar sedans and sports cars, but possibly the demise of the marque itself.

It’s worth taking a slightly closer look at its new CEO, Thierry Bolloré. 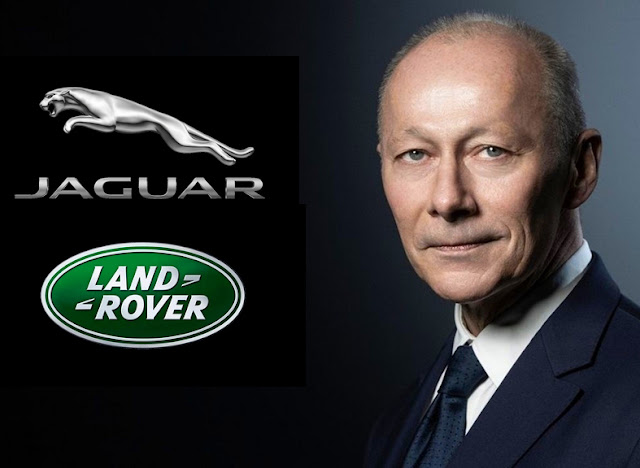 I have never met the man, but I have read every opinion piece I can access, to try and understand his capabilities, abilities, outlook and demeanor.

He is known to be sophisticated, with a very well-rounded industry background in a multitude of senior, or CEO, roles. He is also known as a strict disciplinarian, and a calm decision-maker, with an almost Ghosn-like ability to weigh up decisions and act resolutely. He does however have a ‘hard edge’ to his management style,

You could say, that’s just what JLR needs, but sadly, the company is saddled with over capacity, limited funding, falling sales and profits, and all the other elements which erode conventional carmakers’ ability to react both quickly and instinctively to rapid changes in the market.

One of the ideas that may well appeal to Bolloré is to take Jaguar upmarket - up against strongly established premium rivals. But, that's like launching an all-new brand, and really shaking up current Jaguar devotees in the bargain. Could that work? I doubt it - if only because it will soak up even more precious funds.

Traditionally Jaguar operated in a niche it created. Above mere luxury cars, and under Premium Luxury, and, whilst the quality was maintained, it dominated its own segment.

Is it too late to reset the paradigm? Yes, sadly, I think it is. I believe Jaguar will struggle on and fade away in an ignominious series of tragic, last-minute decisions, which will have the odor of inevitability about them. 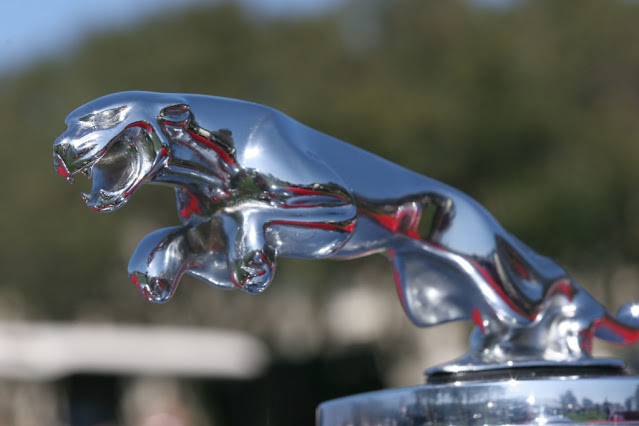 I finish with the words of a senior union leader at JLR: “If the bosses threaten to shut it down, or halve the number of jobs, we can shut this company down faster than any management decision.”

Grab the Kleenex tissues kiddies, I think it’s going to be one of those endings.

John Crawford began working with Jaguar in 1977, holding a number of senior executive positions, and resigned from the company in 1994. Prior to 1977, from 1968 he wrote extensively about the brand as a freelance, and full time, automotive writer, and enjoyed very close relations with many senior Jaguar figures – including a long friendship with Chairman Sir John Egan.

Posted by John Crawford at 3:25 PM