By now, you know of my soft spot for the artisans at TOURING SUPERLEGGERA OF MILAN. One of the last great Italian carrozzerie to remain in business – that is, the business of crafting metal and composites into automotive sculptures.

Chief Designer Louis de Fabribeckers and his team have produced another great piece of rolling art. 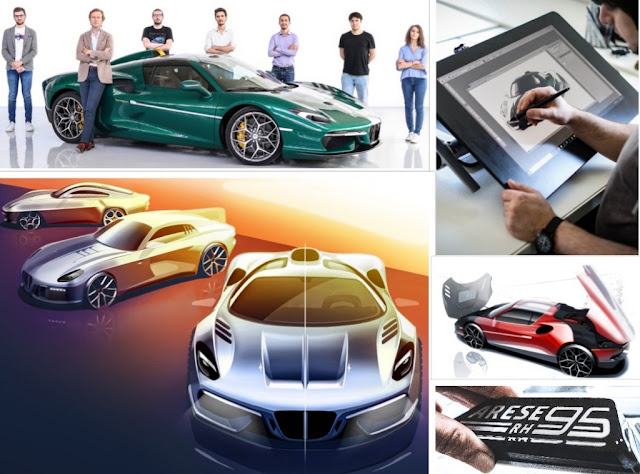 Louis and his designers drew inspiration and styling themes from two of Touring’s previous models – the Disco Volante and the Aero 3, to produce a new model named ARESE RH95.

The name is derived from Via Arese, the street in Milan where Touring is located; 95 celebrates 95 years since the company’s inception in 1926; and RH are the initials of the owner of the first production car. The total production plan is for 18 cars, and the output is demand-driven.

Like all of Touring’s creations, the Arese uses a donor car, and although the company has not identified the donor, the specifications are identical to Ferrari’s 488 Pista, meaning it is a mid-engined supercar, with excellent breeding.

Touring Superleggera of Milan is led by Salvatore Stranci (lower right), and the small team of constructors can be simply described as masters of their crafts. 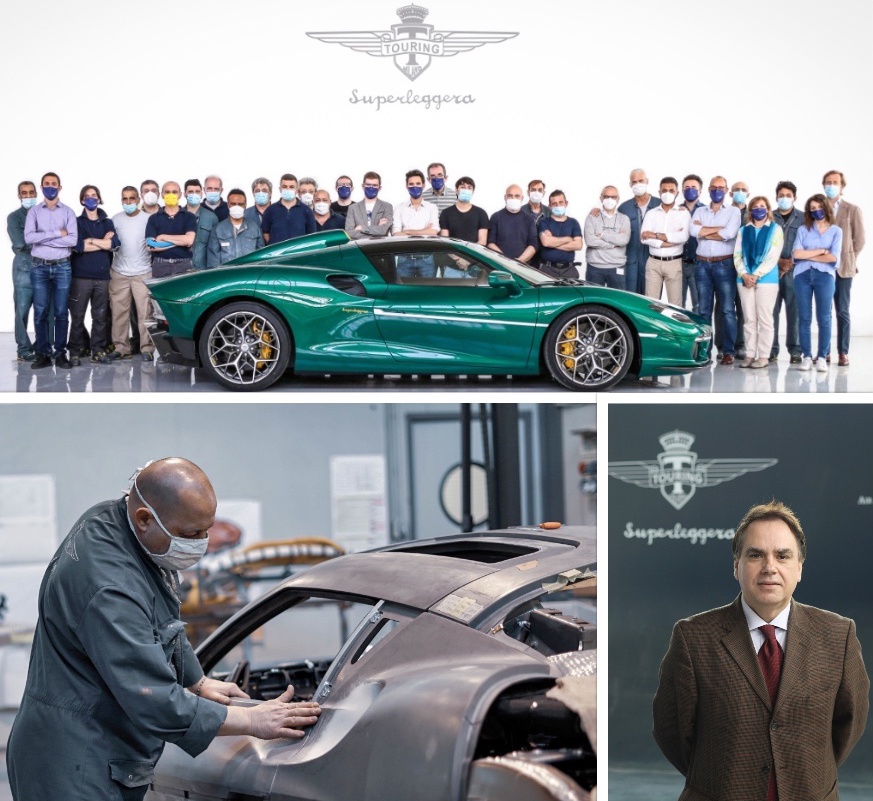 The handbuilt production means everything from the design of the interior (instrument panel/instruments/pedals and door pulls) to the fine stitching of the soft materials is carried out in the facility on Via Arese. 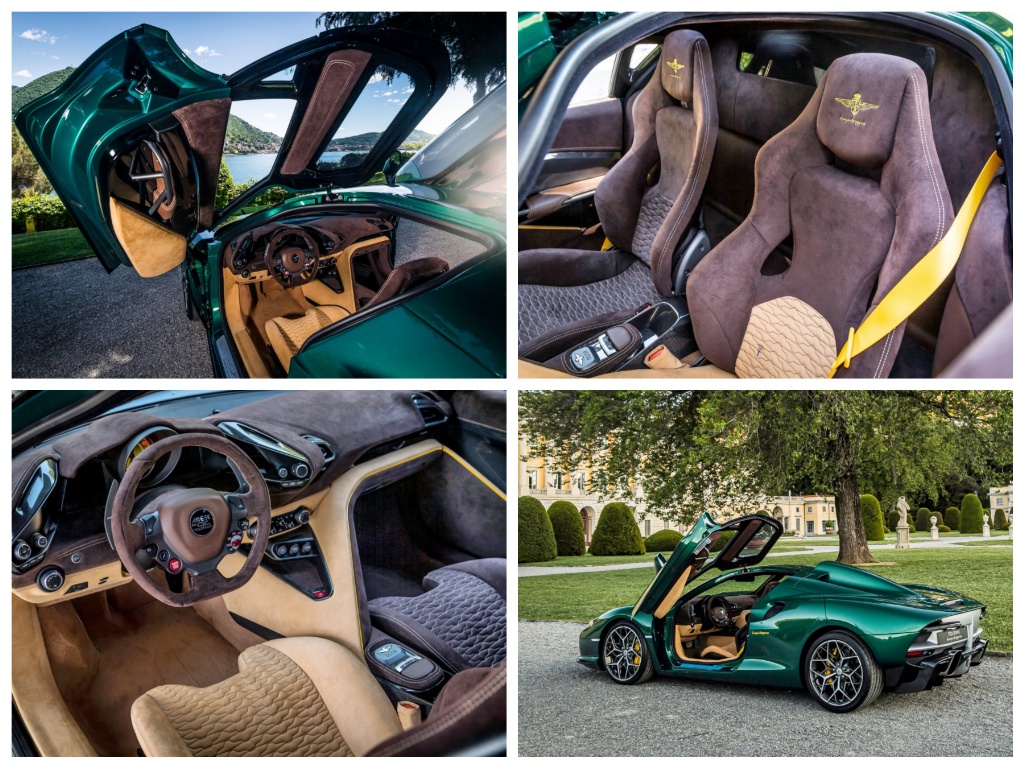 The Arese features a pair of ‘scissor’ doors, with a large central dorsal air intake for the 3.9L twin turbo V8. Being based on a regular production car, means that all legislative requirements and safety features of the donor car are retained, so consequently it is Touring’s design artistry which creates a lightweight (superleggera) car with outstanding performance credentials. 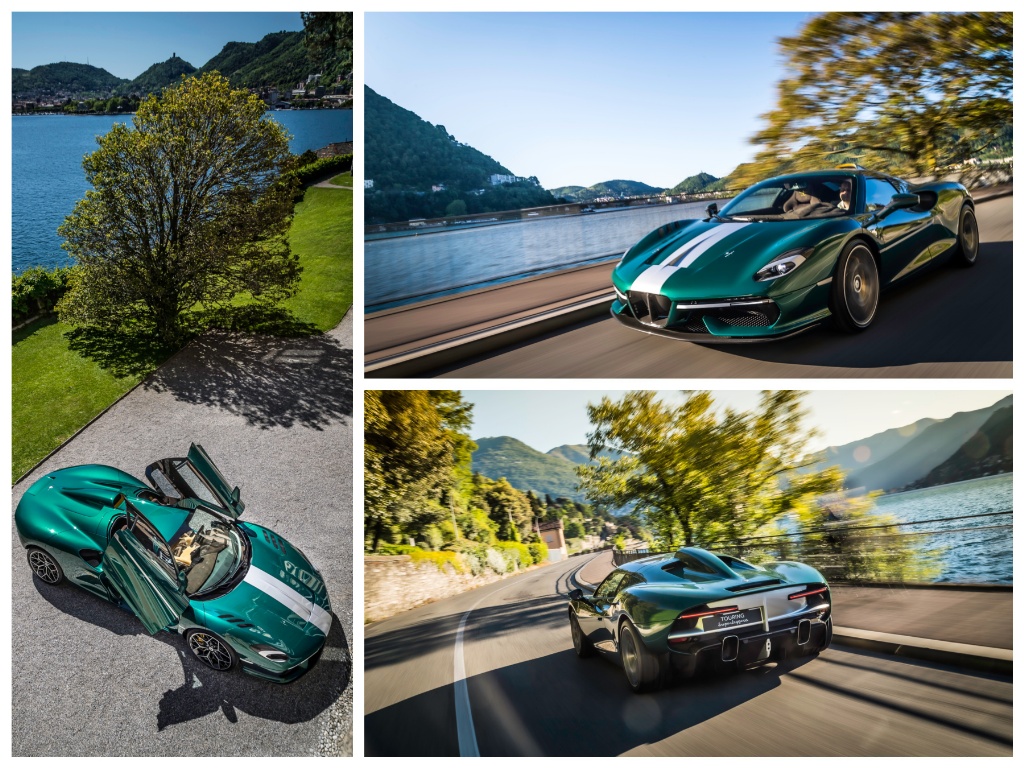 Since I saw the first of Louis de Fabribecker’s masterpieces of re-creation at the Geneva Salon, the Disco Volante in 2014, I became a huge fan of the company, based on the individuality of the design, the build integrity, and the quality and beauty of the finished product. 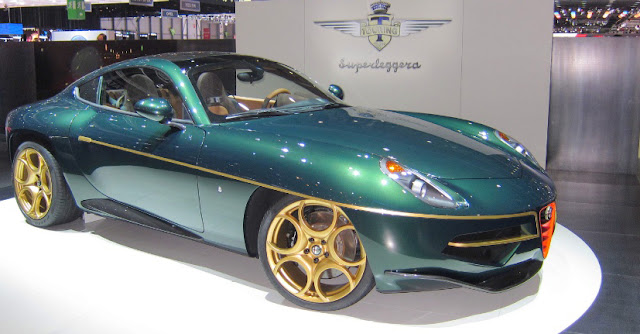 One of the key elements of Touring’s success is that even though the cars it produces are based on the cost of a donor chassis, plus Touring’s work making for an expensive end product, their value is easily appreciated, because of the small production runs.

In my opinion Touring’s creations are of far greater value than the so-called ‘continuation cars’ produced by a number of manufacturers, because the continuation cars are essentially ‘fakes’ – whereas a car from Touring Superleggera of Milan are original designs, produced with great artistry and integrity, and are truly limited in volume – thereby maintaining the value of exclusivity.

The whole concept of ‘continuation cars’ is to fatten the manufacturers’ bank accounts, based on appealing to people who may be super wealthy, but have little regard for the fact that up until the decision to manufacture these cars, the only truly valuable versions are the ‘originals’, because continuation cars do not have the ‘historical provenance’ of the few remaining originals.

Photographed here at Villa dell Grumello on Lake Como, The AreseRH95 will officially debut at ‘The Quail – A Motorsports Gathering’ at Quail Lodge in California’s Carmel Valley on Saturday, August 14 this year.
There are also plans to offer the Arese in the USA, should demand follow its debut showing.