MORE FROM 1979 - FROM MOTORS TO MOUNTAINS by John Crawford

Fresh from welcoming the new Jaguar XJ6 Series III, my wife and I joined up in Munich, then a train to St. Anton am Arlberg – one of Europe’s most popular ski resorts. 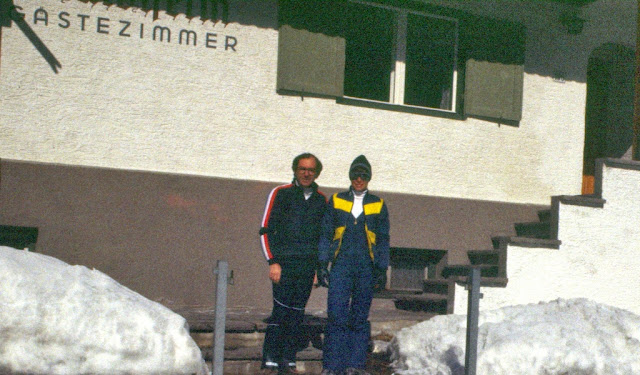 Friends had told us we must take the cable car to the Valluga summit and ski back down into St. Anton.

Easier said than accomplished for a couple new to skiing. I started in 1969, but my wife only took to the slopes in 1975, and as the cable car glided silently to the summit (at 9000ft – 2800m) I could see her eyes opening wider and wider.

Valluga was used for a number of ski chases in a couple of Bond movies, but Bond was never in St. Anton. As the photos show, at the takeoff point next to the cable car station there is not a lot of room, when dozens of skiers are milling around, taking their brave pills, and summoning up levels of courage they probably never thought they possessed. 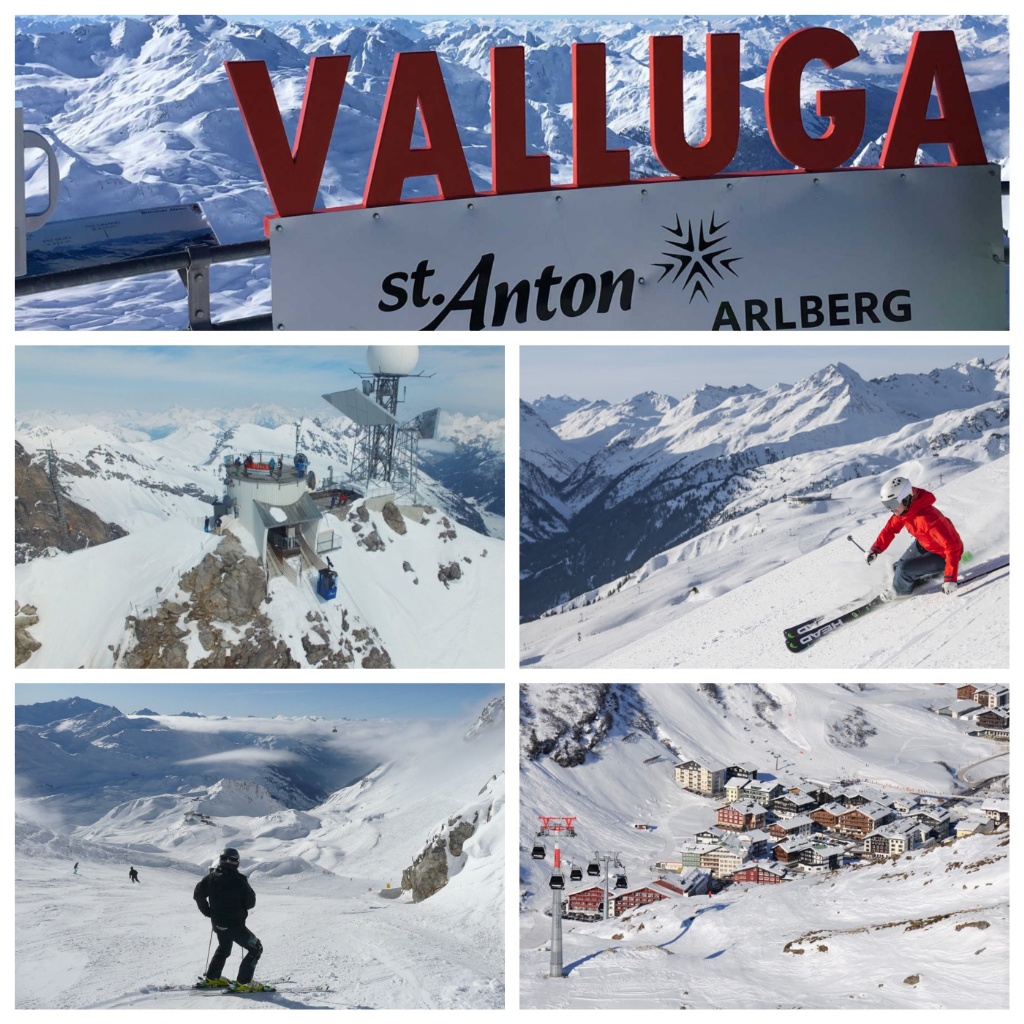 Certainly, the immediate takeoff is very, very steep, so lots of turns to get to a plateau about two kilometres further down the slope. I must give my wife her due, she gritted her teeth and made it safely down to the staging plateau, from where the wider slopes made for a much more enjoyable blue run back to the village of St. Anton.

My wife crossed over to Nordic (Langlauf) skis, and is now an accomplished cross-country skier. Me? I still remember the rush from downhill skiing.

After COVID restrictions are lifted, I suggest a visit to the Arlberg, and a single run, which pretty much takes all day to complete – but it offers a variety of black and blue runs, beautiful slopes, and the chance to visit a couple of nearby villages.

The red lines mark the lifts, and the blue lines mark the runs (more or less), but from Valluga you can ski down into Lech, take the Rufikoftbahn 2 to the top, and it’s a great run down into Zurs. After lunch in Zurs, you take the Trittkonfbahn up, and then ski back to St. Anton. 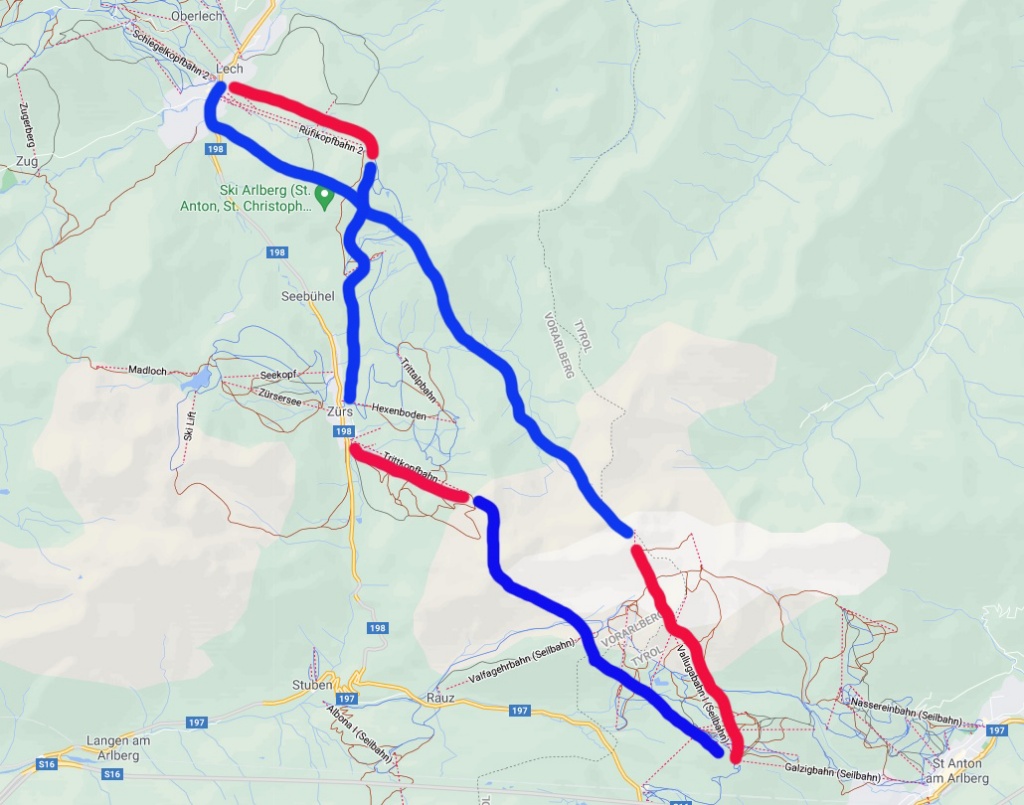 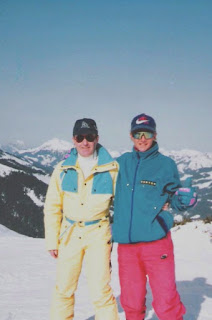 My son, Matt, spent six seasons in Kirchberg as a snowboard instructor, and I visited him once, to join him in Pass Thurn, and ski down into Kitzbühel. As he said to me: “Welcome to my office, Dad.”
I've skied in Australia, Canada, the USA and Europe, and I have to say the slopes of Europe seem to be more as nature intended and the ambience is fantastic.

Sadly, in 2006 I severed my left ACL on a steep powder slope in Verbier, Switzerland and despite a successful repair job, I haven’t the courage to go back to the slopes. If I do get my bravery back I'd like to try Niseko in Japan. 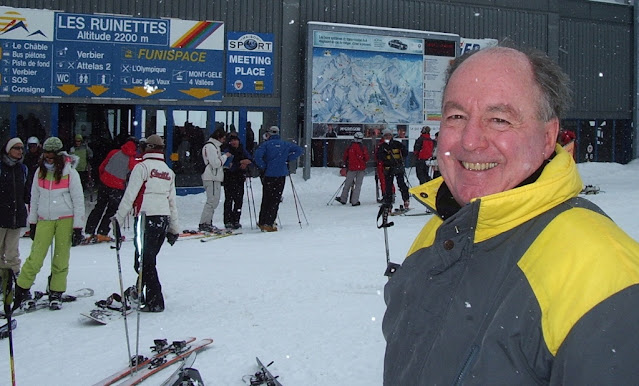 All of the areas I have mentioned make for great driving routes in the summer. There’s nothing more beautiful than the Austrian alps and the valleys covered with a blanket of bright green grass and beautiful wildflowers – once seen, never forgotten. 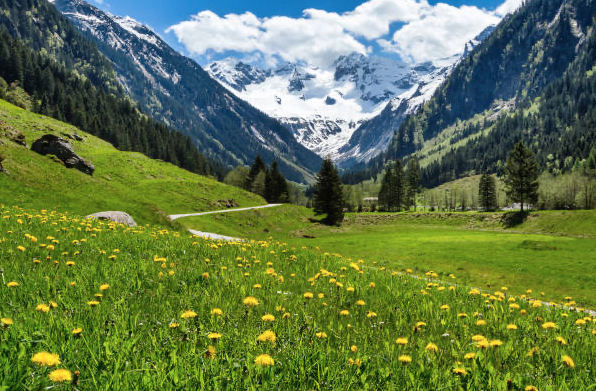 Posted by John Crawford at 1:40 PM