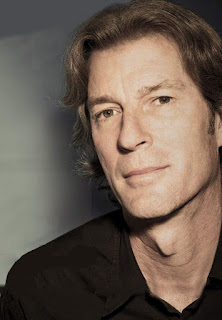 The Aston Martin V12 Speedster is expensive, impractical, and breaks no new ground in terms of layout, technology, design.
It's a rich person's toy, an automotive frivolity, perhaps even a folly.
And there's nothing wrong with that.

With few notable exceptions - Model T Ford, VW Beetle, Citroën 2CV, the original Mini, among others - 'the car' has rarely been about rational transport.

Under the bonnet is a 515kW version of Aston’s twin-turbo V12. Though the engine develops 18kW less than in the Aston Martin DBS Superleggera, that’s still grunt enough to shove the 1750kg barchetta to 100km/h in about 3.5 seconds, even though using the smaller and lighter DB11 transmission means peak torque is capped at 754Nm rather than the 900Nm the engine pumps out in DBS tune. Top speed is a claimed 300km/h.

The V12 Speedster’s unique platform combines elements of the bonded aluminum structures that underpin the DBS Superleggera and the smaller Vantage. The front subframe and front suspension are from the DBS, the rear of the car is from the Vantage Roadster. The differential is from the DBS, but the eight-speed automatic transaxle transmission is the smaller and lighter unit from the DB11.

The mix-and-match hardware is the result of the desire to package Aston Martin’s 5.2-litre 12-cylinder engine in a Vantage-sized car. Aston designers admit it would have been easier to base the Speedster on the DBS, but that wouldn’t have given the car the right proportions.

And yes, even without a windscreen the V12 Speedster is road legal. Well, it is in most markets apart from the US, where a windscreen is needed to make America’s oversized airbags work as they should – to protect occupants who don’t wear seatbelts.

The tiny aero screens on this prototype Speedster are accessories sold separately by Aston Martin dealers. Aston couldn’t put anything that even remotely looked like a windscreen there without invoking a swathe of certification rules and regulations.

Not the least because few cars give you the IMAX view down the road this thing does. Posted by John Crawford at 8:40 AM