The photographer’s recollection was typically British, magnificently underplayed:
“I had just taken a photo of an Australian crew, when I heard a car approaching at great speed behind me; I turned, aimed and fired just as the car leapt in the air and flew past the lens. They were having a good time.” I thought to myself.


From the driver’s seat, Sydney’s Daily Telegraph auto writer Wayne Webster was pressing on down the narrow country B-road, holding the speed steady at something well beyond the British motorway limit. He was calm and focussed on the job of keeping the shiny new cat on the road and chasing the unofficial ‘lap record’ for the press preview drive route for the Jaguar XJ40, set earlier in the week. 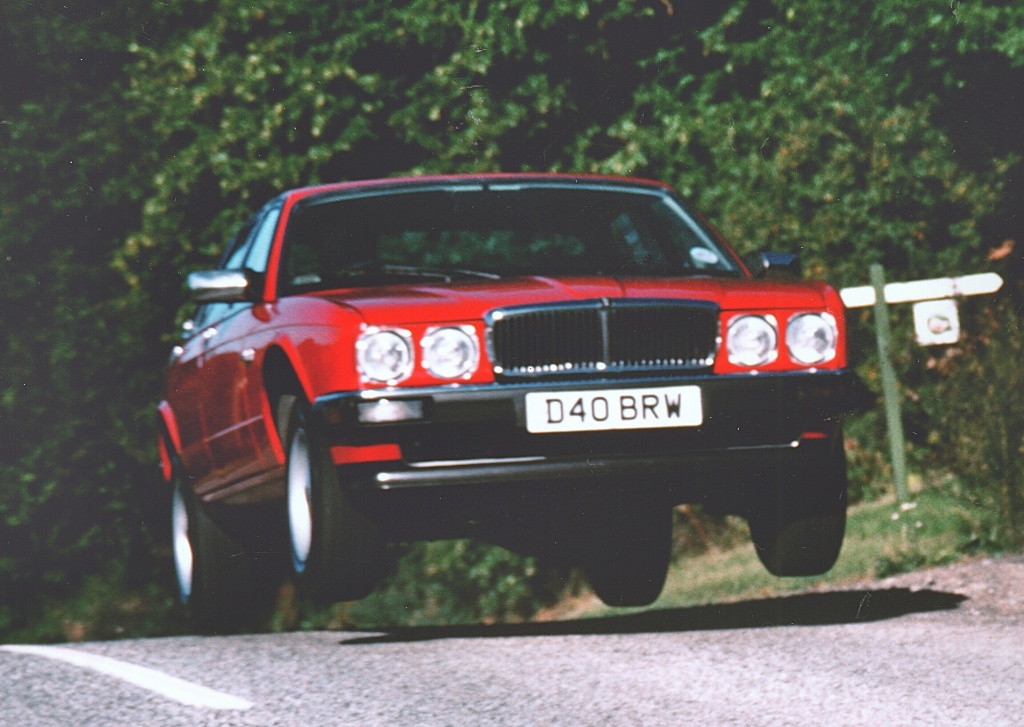 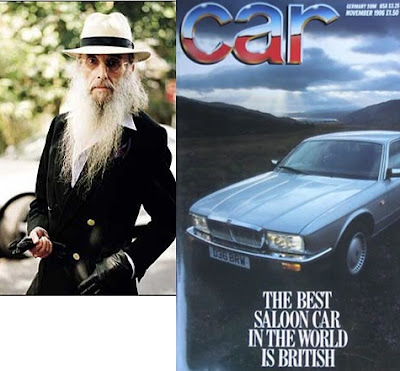 His companion Paul Gover, from the Canberra Times, recalled: “We knew that the very eccentric CAR magazine journalist LJK Setright, had established the 'record' at some time around 3 hours 55 minutes and we went all out to beat it.”

"I drove the first section pretty swiftly, but the roads were very narrow and twisty, and my sums showed we had no chance. But Webbie took over and, as the roads opened up over the Highlands, we were back in with a serious shot. We topped 120mph several times, me smiling with an eye on the clock, but then becoming a frown as we realised there was no way to get back to the ‘chequered flag’ before we ran out of fuel."

"About 10 miles from the end we were forced to detour off the route, down into a little Scottish village and the nearest pump, to add £10 of five-star fuel before dashing back to Jaguar HQ at Dunkeld House.”

“When we pulled in we found we’d missed the record by just a minute or two, and the Jaguar team were commiserating with the colonials. Then we told them about running low on fuel and they didn’t believe us. They said a race driver had pre-run the course and been fine on fuel. So we asked him about his fuel economy and were told he had averaged 12.8 miles-per-gallon. When they checked our onboard computer we had done worse than 10 mpg!” 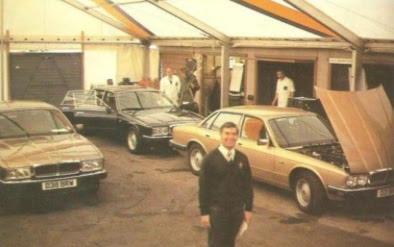 I was told later in the day the red Jaguar was wheeled into Jaguar’s temporary press garage to check it over, after the photographer showed them the photo

The car had thankfully not sustained any damage, but the exploit certainly boosted the Australian media’s global reputation for competitive driving!
Posted by John Crawford at 5:16 PM