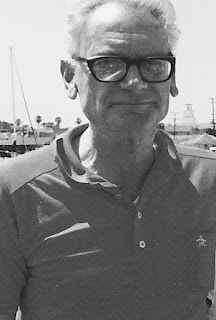 I first met Tony, who was lying in a Sydney hospital bed, in 1975. He and Volvo USA PR Director, Bill Baker, had just survived a head-on collision south of Sydney, when a drunk driver wandered across the centre line into their lane.

As well as becoming lifelong friends with Bill Baker, I formed an instant bond with Tony, who at the time was the Editor of America’s esteemed auto magazine ‘ROAD & TRACK’.

There could probably not have been a more appropriate personality for the job. English-born Tony lived near the magazine’s offices in Newport Beach, California, and was the epitome of the well-travelled Englishman, with opinions and outlook anchored by his ‘proper’ British upbringing.

I visited him and his family in Newport Beach in 1982, and we maintained a close friendship until he succumbed to a heart attack a few years later.

He was loud, irascible, opinionated, but a purist at heart. He judged cars on whether they were ‘designed and suitable for purpose’, but most of all, his writings reflected what the magazine’s audience at the time wanted to read.

Given the distance between us, our friendship was maintained on the telephone, with our respective wives complaining about each of us shouting our opinions into the phone at each other.

Tony Hogg was a wonderfully-enervated and insightful journalist who knew and loved cars. 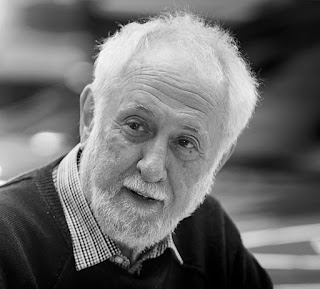 Whilst we’re on the subject of enthusiasts and purists, my good friend Peter, holds a special place in the pantheon of totally committed automotive writers.

He held the job until 1987, when he moved to Italy with his wife, to become European Editor. After 52 years of writing about cars he has ‘retired’, but believe me the flame is still burning.

In 1974, when I was Editor of MODERN MOTOR (Australia’s number two auto magazine), Peter and I flew to Melbourne for an ‘after dark’ first drive of the then-unreleased Holden Torana LH. It was common practice for the car companies to allow the two editors the opportunity for a pre-release drive of new models, and during the night we swapped between two different models. We also swapped opinions about various cars we had driven, discussed the new Torana in detail with the PR team, but never breathing a word to each other about our opinions of the LH. They would be revealed later, in print.

However, the test drive environment was exceptionally friendly and jovial, marked by our mutual respect for each other.

Then In 1979 we flew to Britain together for the launch of the Series 3 Jaguar XJ6. I was the PR Director for Jaguar in Australia, and Peter still Editor of WHEELS. He had just returned from driving the then-secret Ford Falcon XD, and we spent a lot of the 23 hour plane trip talking about the new car, and his views on what Ford had achieved. I was mesmerized by his passion and knowledge, as well as his firm views on the quality (or otherwise) of what Ford Australia had produced.

These two experiences inform my respect and admiration for Peter Robinson whose integrity and skills as a world-renowned automotive journalist have never been in doubt. I’m proud to call him a friend, and a former colleague. 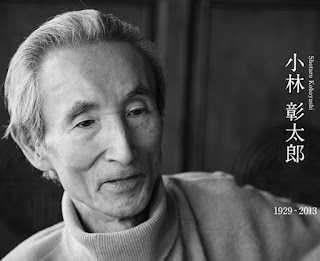 On that same trip to Britain in 1979 I was fortunate to meet one of Japan’s legendary motoring writers, Shotaro Kobayoshi, the founding editor of CAR GRAPHIC – which was Japan’s most highly-respected automotive publication.

Shotaro was a little like the Californians I had met, who longed to emulate many of the traits of British motoring enthusiasts. He was erudite, spoke excellent English, was very knowledgeable about cars, and very much an Anglophile, right down to his cloth cap. He simply LOVED just being in England, and during that press event told me many times how much he enjoyed the culture, and the countryside.

We drove together during the test drive, and later began a correspondence, which was followed by personal meetings whenever I attended the Tokyo Motor Show over the intervening years. Once he took me to the Imperial Hotel for afternoon tea, served in the traditional British manner.

Needless to say, our meeting was accompanied by tea and scones, whilst we discussed cars and the auto industry. Shotaro was a thorough gentleman, and a delight to share views with. Never opinionated, nor bullish, he was a gentle soul, who used his intellect and extensive knowledge to convey his opinions.

He remained editor of CAR GRAPHIC for 23 years, and was held in high regard by car companies around the world. He died at home of a heart attack in 2013.

Posted by John Crawford at 7:11 PM